France Announces It Will Use Guillotines on Terrorists

A fake news article reported that France has announced they are bringing back the guillotine for use on terrorists. 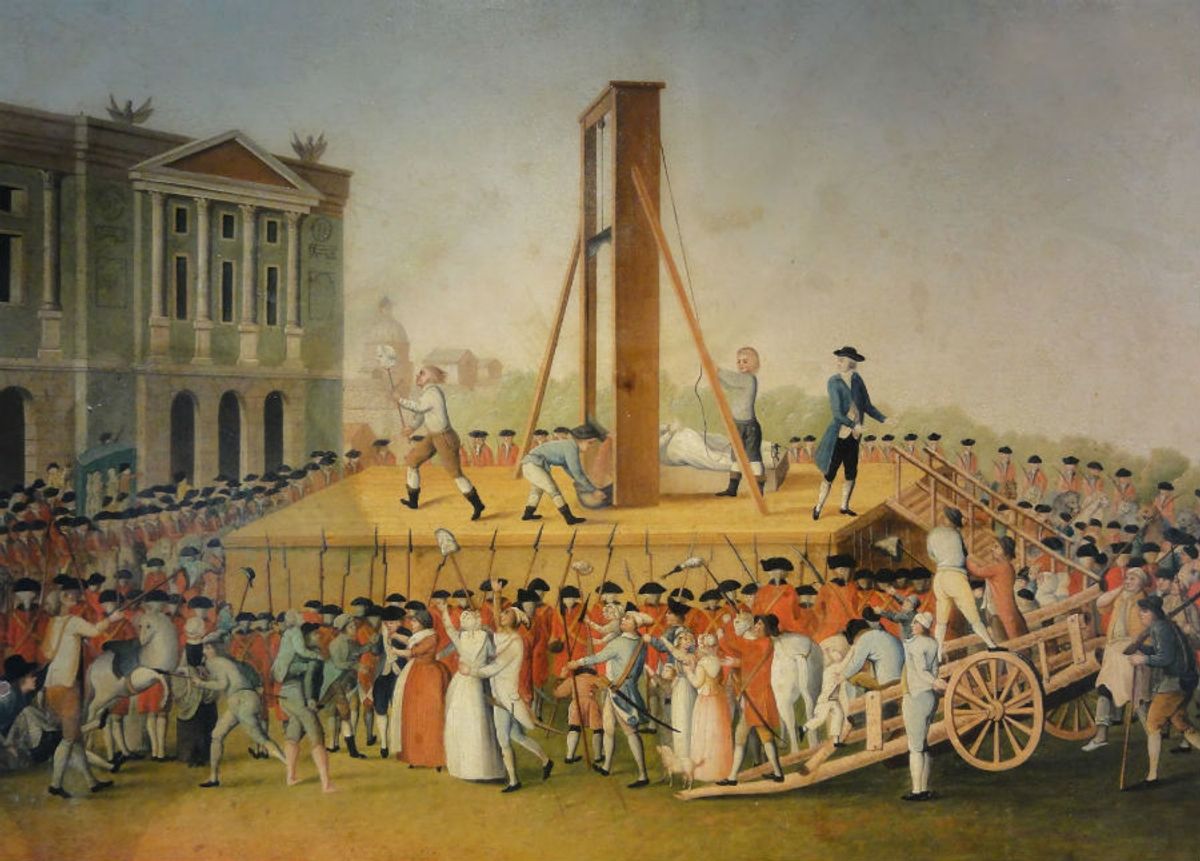 Claim:
France has announced they are bringing back the guillotine for use on terrorists.
Rating:

On 21 March 2016, the The Mideast Beast published an article reporting that France had announced that the country would be bringing back the use of the guillotine for the execution of captured terrorists:

Following the terrorist attacks in Paris last November, which claimed 129 lives, the recent capture of suspect Salah Abdeslam, and the most recent attack in Nice killing over 80 people, French President François Hollande announced his intention of finding his inner-Robespierre and employing the guillotine to execute ISIS or ISIS-linked terrorists.

“While we have not beheaded anyone in a really, really long time, the chance to see these jihadi shitheads getting their heads lopped off is just too good to pass up,” Hollande said in press conference.

The above-referenced article was widely circulated in July 2016 after 84 people were killed in Nice by a truck deliberately driven into a crowd celebrating Bastille Day. However, there is no truth to this report.

As noted in their disclaimer, The Medeast Beast is a "dark satire" web site that does not publish factual stories:

The Mideast Beast (TMB) is a satire and (dark) comedy news site that produces spoof articles about or connected to the entire Middle East for comedic and entertainment purposes. We poke at anyone and everyone.

Whatever you read on TMB is totally fictitious and you should not take us seriously in any way, shape, or form. Clear? Good. Moving on…

The last execution by guillotine in France occurred in 1977. A few years later, in 1981, that country abolished the death penalty.