Fox News was criticized for a segment on Lt. Col. Alexander Vindman's testimony during the impeachment inquiry into U.S. President Donald Trump. 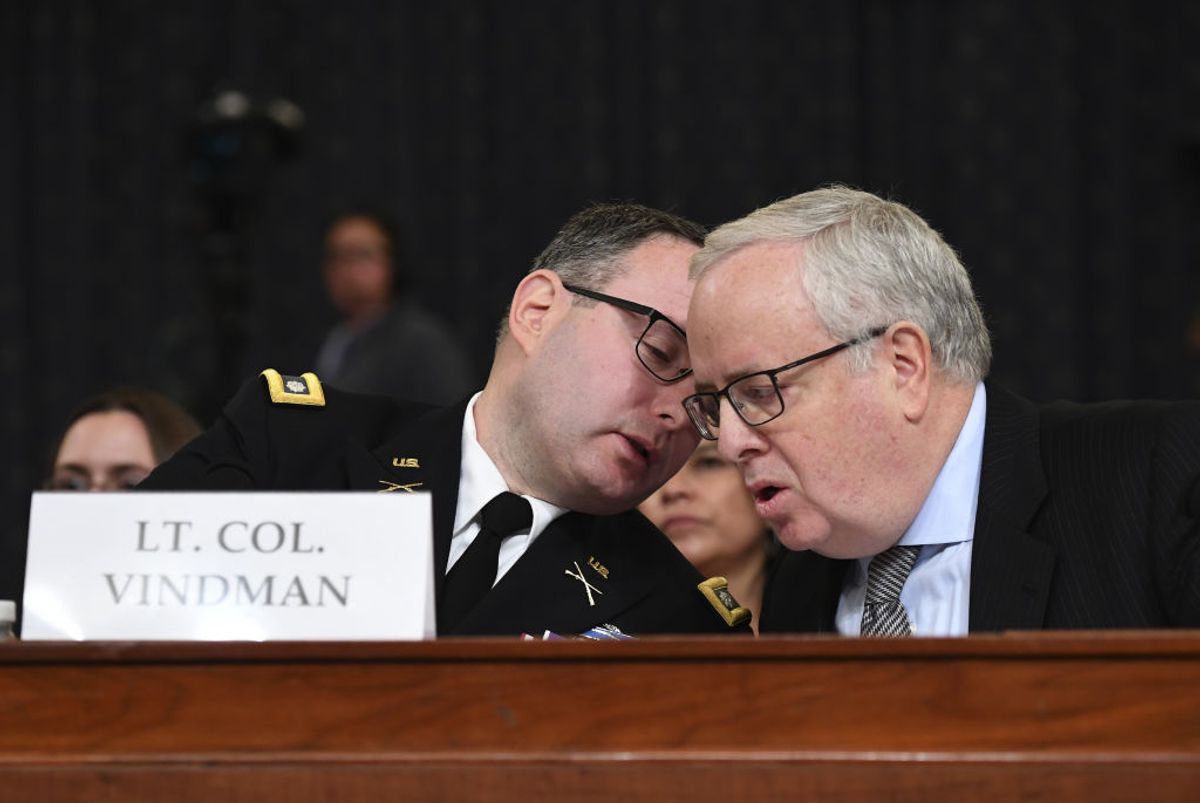 Claim:
Fox News was removed from 'Armed Forces Radio' due to the network's coverage of Lt. Col. Alexander Vindman's testimony in the impeachment inquiry into U.S. President Donald Trump.
Rating:

On Nov. 21, 2019, a rumor started to circulate on social media that the U.S. Department of Defense (DOD) had removed Fox News from "Armed Forces Radio" over the network's coverage of Lt. Col. Alexander Vindman's testimony during the House Intelligence Committee's impeachment inquiry into President Donald Trump:

No, Fox News has not been removed from "Armed Forces Radio," a misnomer of the American Forces Network Radio (AFN).

Navy Capt. Bill Speaks, a Pentagon spokesperson, confirmed to the Associated Press that this rumor was false:

"We have not cancelled Fox News from American Forces Network programming, either on our radio or TV services."

A spokesperson for American Forces Network Radio told us via email:

American Forces Network (AFN) Radio has and continues to air FOX radio newscasts and features on many of our radio services. AFN Radio rotates top of the hour radio newscasts between FOX, Associated Press, ABC, CBS and Westwood One radio.

While Fox News was not removed from America Forces Network Radio, the network truly was criticized for how it covered Vindman's testimony. Vindman's lawyer sent a letter to Fox News asking it to retract an Oct. 28 segment that aired on Laura Ingraham's prime-time show, "The Ingraham Angle." On the show, guest John Yoo, a former deputy assistant U.S. attorney general, appeared to suggest that Vindman was guilty of espionage.

A law firm representing Lt. Col. Alexander Vindman sent Fox News a warning letter on Wednesday asking for the retraction and correction of a segment on Laura Ingraham's show which suggested the colonel might be guilty of espionage.

"We are compelled to write because of a deeply flawed and erroneous Fox News segment that first aired on October 28, 2019, the gist of which has since been republished countless times, including by the President of the United States to his 66.9 million Twitter followers."

The segment on The Ingraham Angle featured a panel with lawyer John Yoo, a former Deputy Assistant U.S. Attorney General and current U.C. Berkeley law professor, and legal scholar, Alan Dershowitz. In an exchange with Yoo, Ingraham remarked on something she read about about the colonel, the New York Times reports.

"Here we have a U.S. national security official who is advising Ukraine, while working inside the White House, apparently against the president's interest, and usually, they spoke in English," said Ingraham. "Isn't that kind of an interesting angle on this story?"

"I find that astounding and, you know, some people might call that espionage," responded Yoo.

Fox News released a statement saying that "Yoo was responsible for his own sentiments":

“As a guest on FOX News, John Yoo was responsible for his own sentiments and he has subsequently done interviews to clarify what he meant.”

Yoo also wrote an op-ed for USA Today on Nov. 1, 2019, in which he claimed that he was talking about Ukraine, not Vindman specifically, and that he has "no reason to question Vindman’s patriotism or loyalty to the United States."

"On November 1, 2019, Mr. Yoo published an op-ed in USA Today regarding his appearance on Fox News several days earlier. In the Yoo op-ed, Mr. Yoo stated, contrary to fact, that "I didn't call Alexander Vindman a spy." But of course, he did - Mr. Yoo's statement on Fox News expressly accused LTC Vindman of "espionage" and was universally understood to have done so. it is why Mr. Yoo wrote an op-ed seeking to rewrite recorded fact; it is why he begins his op-ed, "I really stepped in it this week." What Mr. Yoo "stepped in" was a lie.