The segment prompted numerous rebuttals condemning the "maliciousness of the attack" on the legacy of the children's TV host. 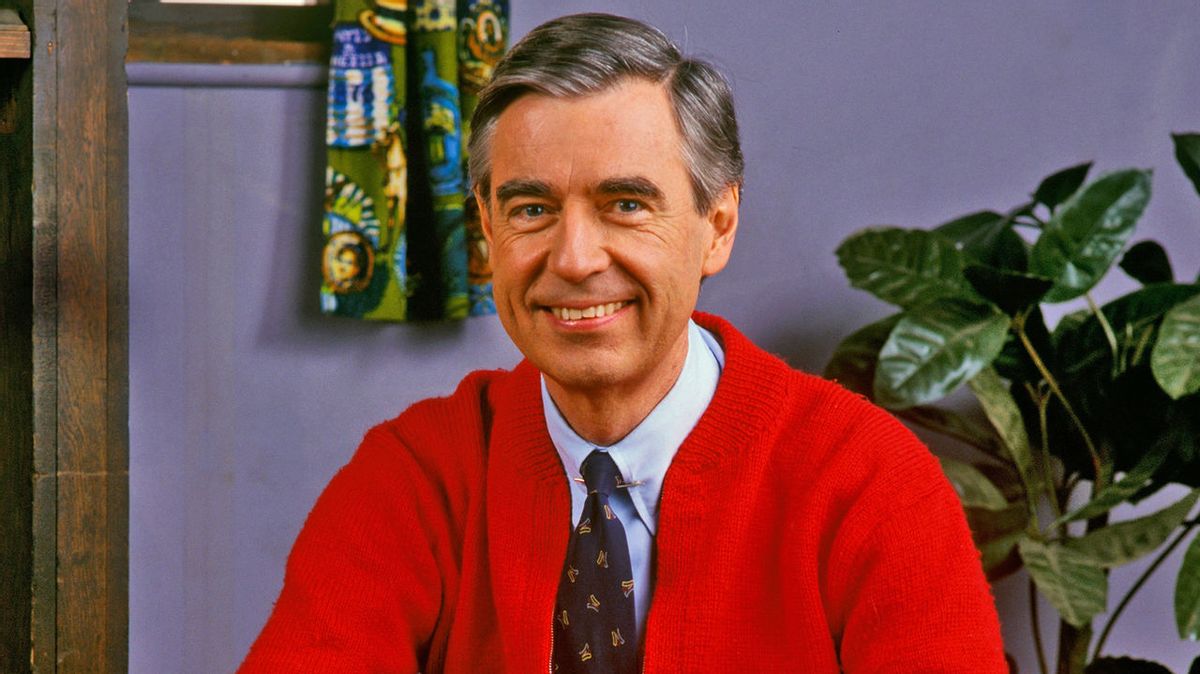 Fred Rogers, the beloved host of the long-running children's television show "Mister Rogers' Neighborhood," died in 2003. In July 2007, the hosts of Fox News Channel's "Fox & Friends" morning program — Alisyn Camerota, Steve Doocy, and Brian Kilmeade — aired a segment (using titles such as "Blame Mr. Rogers," "Was Mr. Rogers Wrong?" and "Is Mr. Rogers Ruining Kids?") in which they took Rogers to task as an "evil, evil man" for supposedly encouraging generations of children to grow up with a sense of self-entitlement:

The opening commentary from that segment ran as follows:

These experts are saying that the kids of today who grew up with Mr. Rogers were told by him, "You're special, just for being who you are." Well here's the problem [that] gets lost in that whole self business, and the idea that being hard and having high issues for yourself, discounted. Mr. Rogers' message was, "You're special because you're you." He didn't say, "If you want to be special, you're going to have to work hard," and now all these kids are growing up and they're realizing, "Hey wait a minute, Mr. Rogers lied to me, I'm not special -- I'm trying hard, and I'm not getting anywhere."

And this comes out of Louisiana State University, a professor there has examined just what damage Mr. Rogers may have done to this whole crop of kids who now feel entitled just for being them. And what he says that instead of telling them, "You're special, you're great," why didn't he just say, "You know what, there's a lot of improvement, keep working on yourself."

That "Fox & Friends" segment prompted numerous rebuttals condemning the "maliciousness of the attack" on Rogers' legacy, such as the following example:

Mr. Rogers had, they claimed, destroyed an entire generation with his liberal notions of entitlement. As the originator of the snowflake concept, he was an "evil, evil man." The show's moderators cited unnamed "experts" and a professor at Louisiana State University.

These authorities claimed that Rodgers instilled a belief in young minds that they were special for "just for being who you are" and hard work was not required.

The viewers of the children's TV show all became a generation of selfish and entitled brats. Fred Rogers was, Fox and Friends alleged, an "evil genius" and "the root of all our problems."

As per the methodology of the show, the accusation was said with just enough light-hearted banter to hide the maliciousness of the attack.

In fact, the "Fox & Friends" hosts neither cited nor identified any "experts" or "studies" that corroborated what they were asserting. The single source they repeatedly referenced was a Louisiana State University (LSU) professor who neither possessed an academic background in psychology or sociology (or any related field) nor had undertaken any type of study about the issue — he was a finance professor at LSU whose anecdotal speculations about his students had recently been quoted in a short Wall Street Journal article about "Why Young Adults Feel So Entitled":

Don Chance, a finance professor at Louisiana State University, says it dawned on him last spring. The semester was ending, and as usual, students were making a pilgrimage to his office, asking for the extra points needed to lift their grades to A's.

"They felt so entitled," he recalls, "and it just hit me. We can blame Mr. Rogers."

Obviously, Mr. Rogers alone can't be blamed for this. But as Prof. Chance sees it, "he's representative of a culture of excessive doting."

Prof. Chance teaches many Asian-born students, and says they accept whatever grade they're given; they see B's and C's as an indication that they must work harder, and that their elders assessed them accurately. They didn't grow up with Mr. Rogers or anyone else telling them they were born special.

By contrast, American students often view lower grades as a reason to "hit you up for an A because they came to class and feel they worked hard," says Prof. Chance. He wishes more parents would offer kids this perspective: "The world owes you nothing. You have to work and compete. If you want to be special, you'll have to prove it."

And indeed, Chance later contacted Fox to clarify the substance of his comments:

It was ... quite interesting that Fox News originally reported my story as being a "professor at Louisiana State University [who] did this study that showed that Mr. Rogers had damaged generations of children." I can certainly see that this would have been a headline-grabbing story, but of course, no such study was ever done. I sent an explanatory note that was read on Fox & Friends. Here is the text:

I made a casual observation that we have a society full of people who think they're entitled to things they haven't earned. The reference to Rogers was just a metaphor. As the article says, he is representative of a culture of excessive doting but he is not the problem itself. That said, it was just an observation. I have no professional qualifications to evaluate the real problems or propose solutions. Mr. Rogers was a great American. I watched him with my children and wouldn't hesitate to do so again if I had young children. I would just want to make sure that they know that people become special by the choices they make, not by who they are and that the world owes you nothing.

Other commenters also took exception to the characterization of Rogers' teachings as expressed by "Fox & Friends":

Since the early 1960s when his show first went on the air, Rogers' goal was to produce a show that would promote "self-esteem, self-control, imagination, creativity, curiosity, appreciation of diversity, cooperation, patience and persistence."

There's no question that this was a man who cared deeply about children and firmly believed that every child was special.

Yet, Rogers never told children were infallible or as talented as everyone else at everything. He simply told them they had value and that value was not related to a child's particular successes or failures. As one Reddit commenter pointed out:

He frequently encouraged his young viewers to develop life skills (tying their shoelaces, reading and writing, planting a garden, riding a bicycle, caring for animals, learning a sport, et cetera).

He emphasized the importance of going to school and paying attention to their teachers, whom he humanized by pointing out that they were once children too.

He explicitly acknowledged that some of their peers would be better at certain things than they were, explaining that having our own strengths and interests is part of what makes each of us special.

Rogers' emphasis on personal value should not be conflated with the failed self-esteem movement in 1990s education, which included such things as the "I Love Me" sessions that schoolchildren were forced to endure in certain California schools. Rogers' approach was subtler, more nuanced, and less insistent, and he balanced his message by keeping others in mind; the community was never allowed to be eclipsed by the individual or any form of egotism. While Neighborhood characters occasionally fell prey to self-centeredness, they would soon be corrected by the rest of the community, albeit in a calm and loving fashion.

Of course, opinions may differ as to the legacy Rogers' left to the generations of children who grew up watching him on television, but as far was we know, "Fox & Friends" is unique (at least among national TV programs) in terming him "an evil, evil man."