Did a Video Show a Fox Suckling Koalas Orphaned by Australia Fires?

A viral video was heartwarming enough without the wildly false framing added to it. 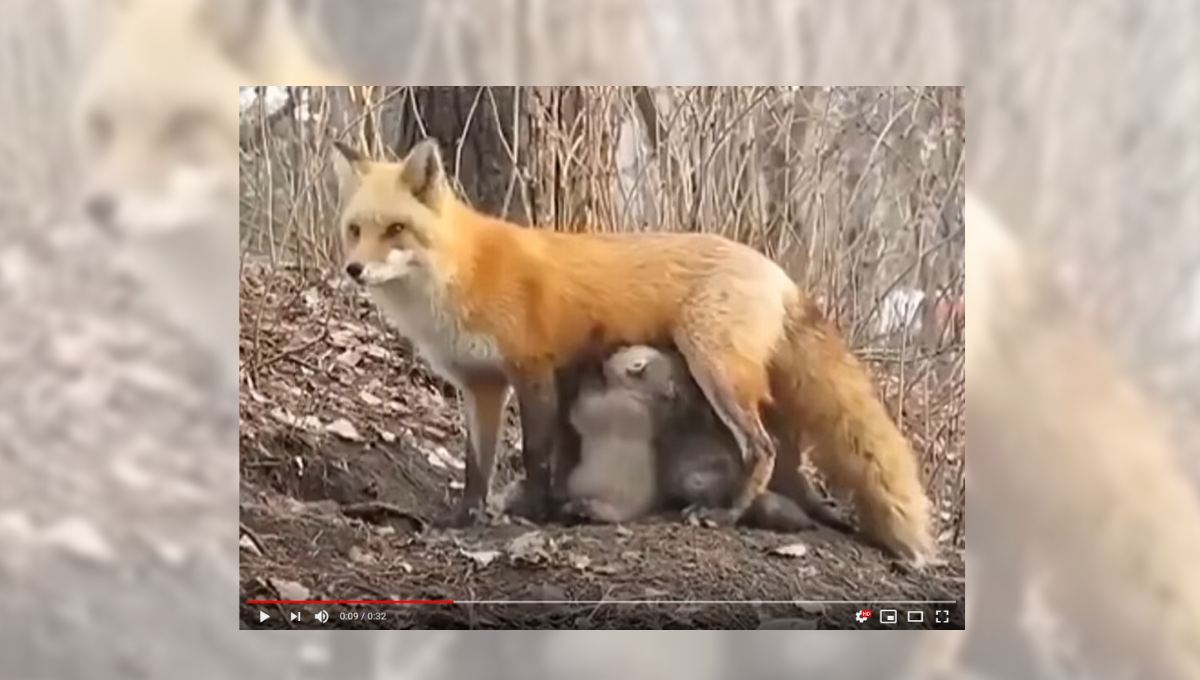 In January 2020, we received multiple inquiries from readers about the authenticity of a viral video that some claimed showed a mother fox suckling koala joeys caught up in Australian bushfires during late 2019 and early 2020.

For example, on Jan. 25, the Facebook page "Did You Know" posted the 30-second clip, along with the caption, "Mama fox feeding Baby koalas who got orphaned in the bushfire." On the same date, the video was posted to YouTube by "Let's Make It Viral," along with the headline, "A fox allows itself to feed koala babies in Australia," and a caption that read "Mama Fox feeds milk to baby Koalas in viral video from Australia. This is motherhood."

Meanwhile, a Facebook posted a widely shared link to that YouTube video, along with the following caption "Mother wisdom ... Mama Fox feeds milk to baby Koalas in viral video from Australia. A beautiful reminder that there is no others. We are all one if we open our heart enough to feel it."

Again on Jan. 25, the news site India Today published an article with the headline "Mama Fox Feeds Milk to Baby Koalas in Viral Video From Australia. This is Motherhood, Says Twitter." (The story was based on a version of the video posted by one Twitter account, which itself was derived from an earlier clip on Twitter.)

In reality, the video showed a fox feeding fox cubs, not koala joeys, and it bore no connection whatsoever with recent Australian wildfires. The video was recorded in 2009 and first posted online in 2014 by a nature photographer based in Montréal, Canada — 10 years and 10,000 miles from the context falsely provided by the sources mentioned above.

India Today subsequently deleted its story and later posted a fact check about the episode, while the two aforementioned Twitter accounts also deleted their tweets. But as of Jan. 27, the inaccurately captioned versions of the video shared by "Did You Know?" and "Angell Dear" on Facebook, as well as the YouTube video posted by "Let's Make it Viral," all remained online.

The same video has been shared by various accounts on several occasions in recent years. In 2018, a YouTube user posted it along with the claim it showed a fox suckling young monkeys, and in 2016 three separate users claimed the fox was feeding baby bears.

The earliest version we found was posted to Facebook on Dec. 26, 2014, by the Québécois nature photographer Luc Durocher: Writing by email, Durocher told Snopes he captured the video at precisely 7:02 a.m. on April 1, 2009. He told us the scene played out on Notre Dame Island at Parc Jean-Drapeau in the city of Montréal, where Durocher lives.

On his YouTube channel, Durocher has posted several similar videos showing a fox suckling or playing with her cubs. That footage shows the infants from various angles, making it clear they are indeed foxes, and not from any other species:

Durocher appears to be a rather prolific nature photographer and has posted multiple photographs of foxes and cubs, among many other animals, to his Flickr and PBase accounts, over the years. After being contacted by Snopes on Jan. 27, 2020, he re-posted his now decade-old video on Facebook.