Are Four Times More People Stabbed to Death Than Killed with Rifles?

A story about gun crimes that uses statistics from the FBI's annual national crime report is flawed. 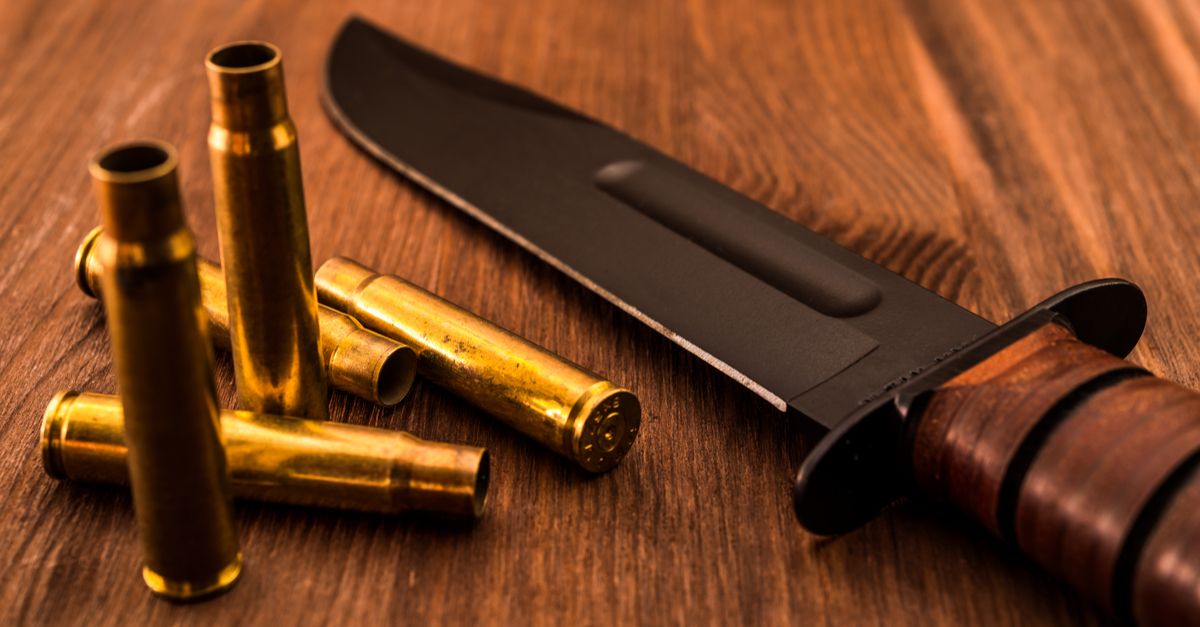 Claim:
More than four times as many people are stabbed to death than killed with rifles of any kind.
Rating:

On 16 October 2017, Breitbart.com posted a story reporting that according to 2016 crime statistics published by the Federal Bureau of Investigation, more people are murdered with knives or by beaten to death than with rifles:

According to FBI: UCR Table 12, there were approximately 374 people shot and killed with rifles of any kind. There were 1,604 people killed with “knives or cutting instruments.”

(The article failed to mention that in thousands of cases, the type of firearm used was not specified or reported to the FBI.)

Every year, the FBI releases the Uniform Crime Report (UCR), a national set of crime statistics which is compiled from data submitted by the nation's roughly 18,000 police departments. According to the Bureau of Justice Statistics, the UCR is one of the two official sources, along with the Centers for Disease Control and Prevention's Fatal Injury Reports, from which the nation's homicide rate is measured. Unlike the FBI, the CDC's report collects data from death certificates reported by physicians, medical examiners and coroners. Per the UCR, 9,103 murders were committed with firearms in 2015, while the CDC's figure is significantly higher — 12,979.

For murder data, the FBI figures are broken down by type of weapons used in the following categories: Total firearms; handguns; rifles; shotguns; firearms — type unknown; knives or cutting instruments; other weapons; and hands, fists, feet, et cetera. These figures are provided to the FBI by state agencies that collect encoded crime data from individual police departments.

According to the most recently updated (as of 2018) FBI data for 2016, the year referenced in the Breitbart article, 10,372 of the 15,318 murders in the United States were committed with firearms. Handguns were the most common type of firearm used in 6,762 cases. In 2,891 cases, the type of gun was not reported to the FBI or was listed as "other" while in 1,853 instances, the weapon was not identified or was listed as "other."

It's unlikely that a total of only 374 murders in the U.S. (a figure since revised to 300) were committed with rifles in 2016, given the fact that in more than 4,000 cases the weapon or type of gun was not specified in the UCR. What is clear from the figures, however, is that handguns are by far the most-used murder weapon, probably because they are easier to transport and conceal. Phillip Cook, Terry Sanford Professor Emeritus of Public Policy Studies at Duke University, told us:

[H]andguns are used far more often to kill people than are rifles.  Almost all homicides occur away from the perpetrators’ place of residence, suggesting that the gun had to be transported.  Handguns are more convenient to carry and to deploy than are rifles

Broadly speaking, there are simply more handguns in the U.S., according to the Bureau of Alcohol, Tobacco and Firearms' annual Firearms Commerce in the United States report — the only official source available estimating the number of guns in the U.S. In 2015 more than 4.4 million pistols and revolvers were manufactured domestically versus nearly 3.7 million rifles. In 2016, nearly 3.7 million handguns were imported versus nearly 730,000 rifles. These are the most recent figures available.

The parameters selected for the article appear to be contrived to oppose calls by politicians to limit access to assault weapons in the wake of of the October 2017 mass shooting in Las Vegas, in which 58 people were killed and hundreds injured. The shooter, Stephen Paddock, used a modified weapon to rain automatic gunfire into a country music concert crowd from the 32nd floor of the Mandalay Bay Resort and Casino. Per Breitbart:

This is not to diminish the deaths of those who did die via a rifle. But it does show that the Democrats’ relentless focus on banning “assault weapons” is a focus on something that is not used for homicide with anywhere near the frequency of knives and/or fists and feet.

Based solely on the numbers provided in the UCR, we don't know definitively how many crimes were committed with which type of weapons in a given year — but we have an overview that shows the vast majority of murders are committed with firearms, regardless of type. However, since 1990, reported violent crime in the United States has been on a downward trend. According to the UCR, there was an uptick in murders by 1,320 crimes from 2015 to 2016 — 1,226 of those due to firearms.

The most recent UCR report, which contains annual homicide figures from 2014 through 2018, can be viewed here. The report features this disclaimer: "NOTE: The Uniform Crime Reporting Technical Refresh enables updating of prior years' crime data; therefore, data presented in this table may not match previously published data."

Update [Oct. 24, 2019]: Homicide statistics were updated in accordance with the most recently released (2018) FBI data.