Did Foo Fighters Play an Inauguration Show on 'The West Wing'? 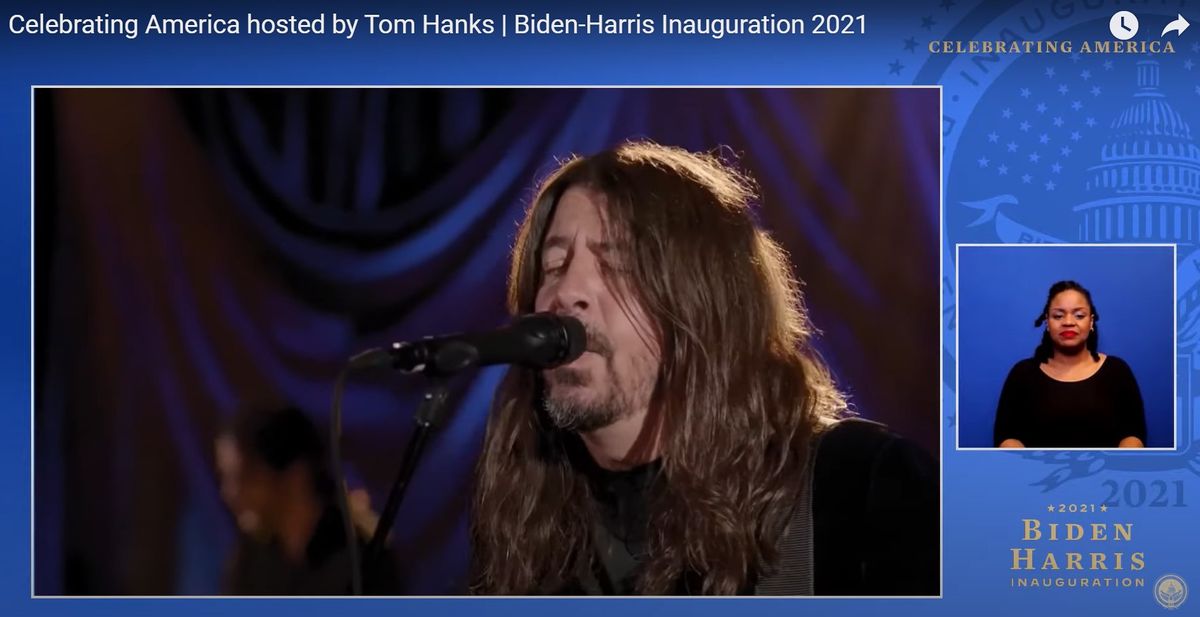 Claim:
The Foo Fighters played a presidential inauguration concert in an episode of "The West Wing."
Rating:

The Foo Fighters played at an election night party for fictional Democratic presidential candidate Matt Santos on an episode of "The West Wing."

This episode did not show an inauguration concert.

On the evening of Jan. 20, 2021, actor Tom Hanks hosted a "Celebrate America" event in honor of U.S. President Joe Biden's inauguration. The event featured a number of musical performances from acts such as the Foo Fighters, Jon Bon Jovi, and Yo-Yo Ma.

As the concert was underway, some people noticed that many of the musical acts at the real "Celebrate America" event, such as the Foo Fighters, had also performed in the fictional universe of the NBC show "The West Wing," which first aired in 1999. Turns out, the Foo Fighters were truly featured in an episode of "The West Wing." While this is certainly an interesting coincidence, it's not a completely direct parallel.

Foo Fighters weren't the only Biden/West Wing crossover act. Biden's inaugural concert also featured performances from Bon Jovi and Ma, both of whom also appeared in episodes of "The West Wing."