Could Cipro and Other Fluoroquinolone Antibiotics Cause Irreversible Tendon Damage?

Though still rare, the potential risks are significant enough for the Food and Drug Administration to suggest limiting these drugs’ use to cases of absolute necessity. 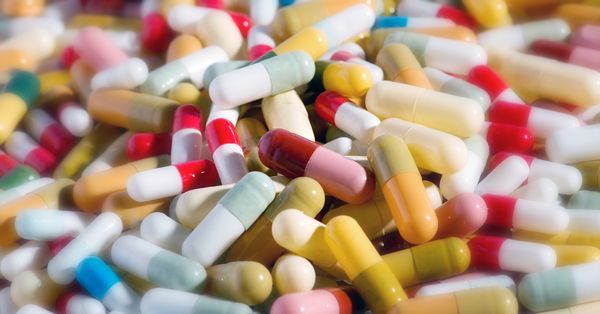 Claim:
The FDA has updated its warnings for — and recommended limitations on — prescribing a class of antibiotics called fluoroquinolones, citing potentially irreversible side-effects including tendon damage and rupture.
Rating:

On 18 March 2017, the author of a blog called "Mountains and Mustard Seeds" published a post about her personal experience with serious medical complications caused by a class of antibiotics called fluoroquinolones. These drugs include:

That post (headlined “This Antibiotic Will Ruin You”) highlights somewhat recent announcements made by the FDA requiring new warning labels and suggested limitations on their use:

The antibiotics you took or are taking for your sinus infection, UTI, skin infection, laser eye surgery…ect [sic]…may have already damaged you.

Cipro, Levaquin, Avalox, nearly every generic ending in “quin”, “oxacin,””ox,”…are all part of a large family of antibiotics called “Fluoroquinolones.” The FDA finally updated their warning on these antibiotics as of July 2016. They cite “multiple system damage that may be irreversible." Permanent you guys. [...]

In 2010, I took Cipro for a UTI and it changed my life forever. A round of antibiotics literally changed the path I was walking, into a path that I couldn’t even crawl on. Multiple spontaneous tendon and ligament ruptures, spinal degeneration, and arthritis that is widespread. We are talking multiple joint dislocations and surgeries to most of my large joints and spine. Twenty surgeries in the last 7 years if you wanna count.

While our post does not seek to verify the author's personal story, the information presented regarding documented complications from this class of antibiotics is factual. The Food and Drug Administration, since July 2008, has issued a series of increasingly strong notices regarding the rare (but serious) risk of tendon rupture, tendonitis, and neurologic damage resulting in pain or numbness. These alerts culminated in a revised "Boxed Warning" and new prescribing recommendations, as described in a 26 July 2016 FDA safety announcement:

The U.S. Food and Drug Administration (FDA) approved changes to the labels of fluoroquinolone antibacterial drugs for systemic use (i.e., taken by mouth or by injection). These medicines are associated with disabling and potentially permanent side effects of the tendons, muscles, joints, nerves, and central nervous system that can occur together in the same patient. As a result, we revised the Boxed Warning, FDA’s strongest warning, to address these serious safety issues. We also added a new warning and updated other parts of the drug label, including the patient Medication Guide.

As a 2015 review of adverse effects from fluoroquinolone antibiotics explained, the class of drugs has a long history of use for a broad range of conditions, and uses a unique mechanism that actively destroys bacterial DNA:

That same report, which used data collected by the FDA’s Adverse Event Reporting System (FAERS) to demonstrate the reality of these risks, stated that while the exact mechanism by which fluoroquinolones may contribute to tendon damage is unclear, it does likely involve mitochondrial damage as described in the Mountains and Mustard Seed post:

The mechanism by which [Fluoroquinolones or FQs] cause tendon injury is unclear. [...] FQs cause oxidative stress in tenocyte cells through overproduction of reactive oxygen species (ROS). This overproduction has direct toxic effects in the extracellular matrix. In addition, FQs cause mitochondrial toxicity and apoptosis.

In other words, the drugs cause damage to, and sometimes kill, tendon cells by overproducing oxygen-containing chemicals, and can also harm a cells vital mitochondrial DNA.

To be clear, the risks are still somewhat rare. Depending on which drug is used and what studies you base your analysis on, tendonitis and tendon rupture are estimated to occur in 0.14 percent to 0.4 percent of cases, though experts agree the true incidence is likely higher due to underreporting.  According to multiple studies, these risks are higher in elderly populations, non-obese populations, and especially patients also prescribed glucocorticoid steroids, which are used to treat inflammation, among other things.

Because of the potentially permanent and disabling effect of these risks, the FDA argues, the risk-to-benefit ratio has shifted enough to merit limiting their prescription to cases of absolute necessity, per their July 2016 notice:

We have determined that fluoroquinolones should be reserved for use in patients who have no other treatment options for acute bacterial sinusitis, (ABS), acute bacterial exacerbation of chronic bronchitis (ABECB), and uncomplicated urinary tract infections (UTI) because the risk of these serious side effects generally outweighs the benefits in these patients. For some serious bacterial infections the benefits of fluoroquinolones outweigh the risks, and it is appropriate for them to remain available as a therapeutic option.

The author of the "Mountains and Mustard Seeds" post also alluded to potential psychiatric complications:

Fluoroquinolones cross the blood brain barrier. This can result in psychiatric events, depression, and suicidal thoughts. I was incredibly fortunate not to have the psychiatric side of this.

This, too, is accurate, although the recent changes to FDA warnings were not spurred by any new incidents or developments regarding mental health events. A 2003 study using data collected by the Italian government estimated that psychiatric effects from fluoroquinolones occur in about 1.8 percent of cases, with a majority of those cases being minor and self-resolving.

Ultimately, any drug comes with potential adverse effects and discussing those risks versus the potential benefits with a doctor is wise. In the case of fluoroquinolones, there are indeed serious risks that need to be considered, especially when other classes of antibiotics may be effective.