An anthropologist (not a doctor) penned a non-peer reviewed piece arguing that flu vaccination benefits are overestimated and that the risks have not been sufficiently highlighted. 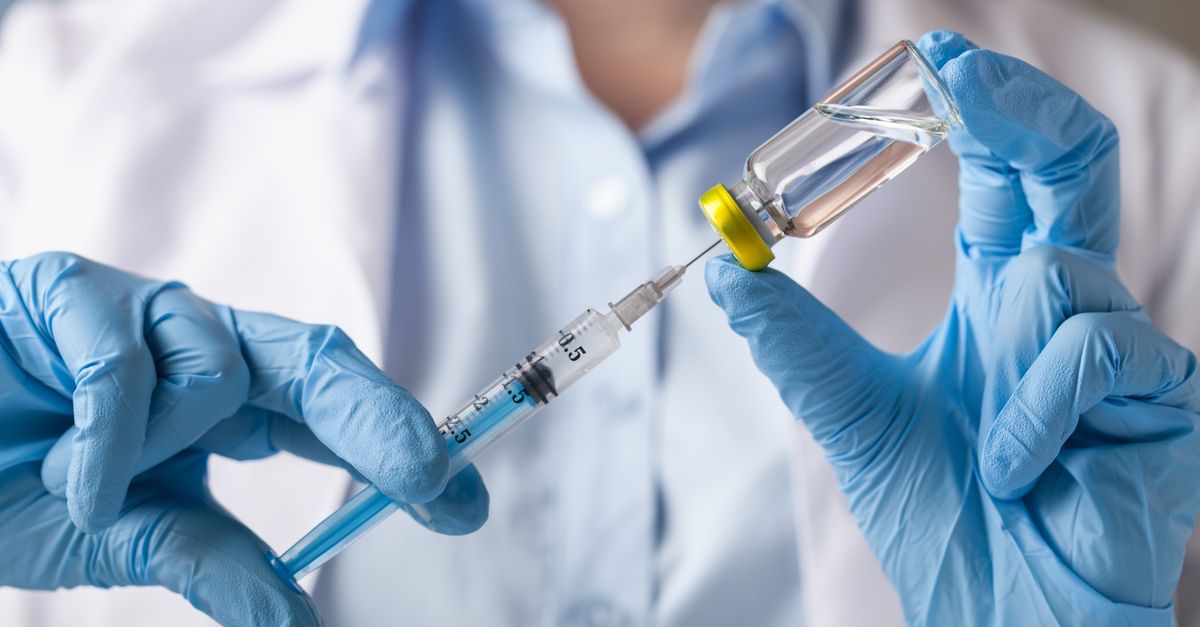 A piece published in British Medical Journal argued the potential risks of aggressive vaccination against the flu have not been highlighted sufficiently, and that the benefits of the flu shot are overestimated.

The British Medical Journal piece was neither a "research article" nor a peer-reviewed study, and it was authored by an anthropologist who is neither a "Johns Hopkins scientist" nor a professional in the medical or biological fields.

On 17 October 2014, a natural news blog posted an article (which had initially been published over a year earlier by a different alternative health news site) reporting that a "Johns Hopkins scientist ... issued a blistering report on influenza vaccines in the British Medical Journal (BMJ)." The article, timed to the start of flu season, spread rapidly on social media sites and sparked renewed interest in the subject of flu vaccines.

The article referenced a 16 May 2013 feature by Peter Doshi that was published in the British Medical Journal. However, the importance of that BMJ feature was greatly exaggerated by the natural news sites that used it as the basis for their own articles.

Despite BMJ's authoritative reputation in the medical world, items published by that journal as "features" are not medical studies but rather pieces run under a "News & Views" heading. Readers unfamiliar with the BMJ can easily confuse claims made in feature articles for peer-reviewed research findings.

Moreover, Johns Hopkins University had nothing to do with the so-called "blistering report" about flu vaccinations touted in natural news articles Peter Doshi is neither a virologist nor a epidemiologist, but rather an anthropologist who completed a fellowship in comparative effectiveness research at Johns Hopkins. He conducted no research into influenza or vaccines at Johns Hopkins, nor does he speak for the university on that subject.

In Peter Doshi's British Medical Journal feature, he that argued the potential risks of aggressive vaccination against the flu have not been highlighted sufficiently, and that the benefits of the flu shot are overestimated:

Today around 135 million doses of influenza vaccine annually enter the US market, with vaccinations administered in drug stores, supermarkets — even some drive-throughs. This enormous growth has not been fueled by popular demand but instead by a public health campaign that delivers a straightforward, who-in-their-right-mind-could-possibly-disagree message: influenza is a serious disease, we are all at risk of complications from influenza, the flu shot is virtually risk free, and vaccination saves lives. Through this lens, the lack of influenza vaccine availability for all 315 million US citizens seems to border on the unethical. Yet across the country, mandatory influenza vaccination policies have cropped up, particularly in healthcare facilities, precisely because not everyone wants the vaccination, and compulsion appears the only way to achieve high vaccination rates. Closer examination of influenza vaccine policies shows that although proponents employ the rhetoric of science, the studies underlying the policy are often of low quality, and do not substantiate officials' claims. The vaccine might be less beneficial and less safe than has been claimed, and the threat of influenza appears overstated.

Doshi strongly suggested, without ever actually saying so, that the flu vaccine may not be beneficial at all. But he never came close to proving that point -- instead, he continually harped about the notion that the effectiveness of the vaccine (and studies thereof) didn't apply equally to everyone (an obvious point) and repeatedly picked nits about whether the precise percentages reported in published studies on the vaccine are accurate. As Forbes noted of his claims:

Doshi's argument against the flu vaccine boils down to this: the vaccine is much less than 100% effective, and it doesn’t work for everyone. This is undeniably true, and the research community makes no secret of it. Meanwhile, though, the annual flu vaccine is usually effective: a recent study showed, for example, that it reduced children’s risk of ending up in a pediatric intensive care unit by 74%.

So get your flu shot (or snort) now, before flu season hits, because it takes a couple of weeks for your body to develop immunity. By getting immunized, you'll not only increase your chances of getting through the winter flu-free, but (because you won’t spread the flu to others) you might also save someone whose immune system would be overwhelmed by influenza.

For most people, says Dr. Blaylock, flu vaccines don't prevent the flu but actually increase the odds of getting it. The mercury contained in vaccines is such a strong immune depressant that a flu shot suppresses immunity for several weeks. "This makes people highly susceptible to catching the flu," he says. "They may even think the vaccine gave them the flu, but that's not true — it depressed their immune system and then they caught the flu."

Blaylock, a former neurosurgeon, has a history of issuing dubious, conspiracy-based warnings about a number of suspected dangers in both science-based medicine and the environment at large, including aspartame, chemtrails, cookware, and dental amalgams. A 2009 profile in a Canadian newspaper quoted Blaylock on his belief that the Affordable Healthcare Act (or Obamacare) was in actuality a depopulation effort:

"Knowing they cannot easily pass a euthanasia law or just have them rounded up and exterminated, they (the proponents of socialized medicine) use the medical care system to speed them along to their deaths." Totalitarianism is coming and, "as the economy worsens, which they can engineer with their Federal Reserve friends, people will be more accepting of such things as euthanasia on the elderly and terminally ill, the insane, the feeble-minded and the chronically ill." Vaccines are also one of Blaylock's many targets. He insinuates that the H1N1 virus may be the product of some pharmaceutical research project gone awry, or that it may even be a man-made virus purposely released by someone with the "Illuminati Depopulation Agenda." Blaylock appears regularly on right-wing radio programs such as the Alex Jones Show, where the popular topics are climate-change fraud and the supposed erosion of civil liberties under Obama.

The claims made by Doshi and echoed by Blaylock hinge on a flawed, two-pronged premise: flu vaccines are a large moneymaker for pharmaceutical companies, and the vaccines aren't really beneficial because the flu isn't that bad and healthy people don't die from it.

Worldwide sales of flu vaccines in 2013 was around $3.1 billion, according to estimates of a healthcare market research firm. But let's put this in context of the worldwide sales of all pharmaceutical products in 2013 — nearly $1 trillion. In other words, various flu vaccines make up less than 0.3% of worldwide sales of Big Pharma, so from a strategic point of view, it's not that interesting. Just for context, cholesterol lowering drugs, like statins, sold more than $33 billion two years ago. If I were a Big Pharma executive, I’d be telling my R&D and Marketing divisions to invest in new statins, because the potential return on investment could be 10X higher.

Vaccines in general have a lower net profit than other pharmaceuticals. There are many reasons for the lower profit for vaccines, but it’s mostly due to shipping and spoilage loss. For flu vaccines, it’s actually much worse. Flu vaccines are only useful for one flu season, so anything unsold at the end of the flu season is destroyed.

Thus, if you look at flu vaccine as a profit center for Big Pharma, there really are better strategic and tactical choices for pharmaceutical companies.

Moreover, according to data from the Centers for Disease Control (CDC), tens of thousands of people (many otherwise healthy) die each year of the flu. The agency reported in 2013 that 90 percent of juvenile patients who died of the flu in that season had not been vaccinated:

Pediatric deaths are defined as flu-associated deaths that occur in people younger than 18 years. An early look at this season’s reports indicates that about 90 percent occurred in children who had not received a flu vaccination this season.

This review also indicated that 60 percent of deaths occurred in children who were at high risk of developing serious flu-related complications, but 40 percent of these children had no recognized chronic health problems. The proportions of pediatric deaths occurring in children who were unvaccinated and those who had high-risk conditions are consistent with what has been seen in previous seasons.

Finally, much of the objection to flu vaccine marketing makes mention of the varying strains of influenza that circulate each year. A 2013 study indicated the flu shot can "provide cross protection against non-matching circulating strains" even if they are not exactly matched.