The 2021 law has been a source of controversy in the Sunshine State. 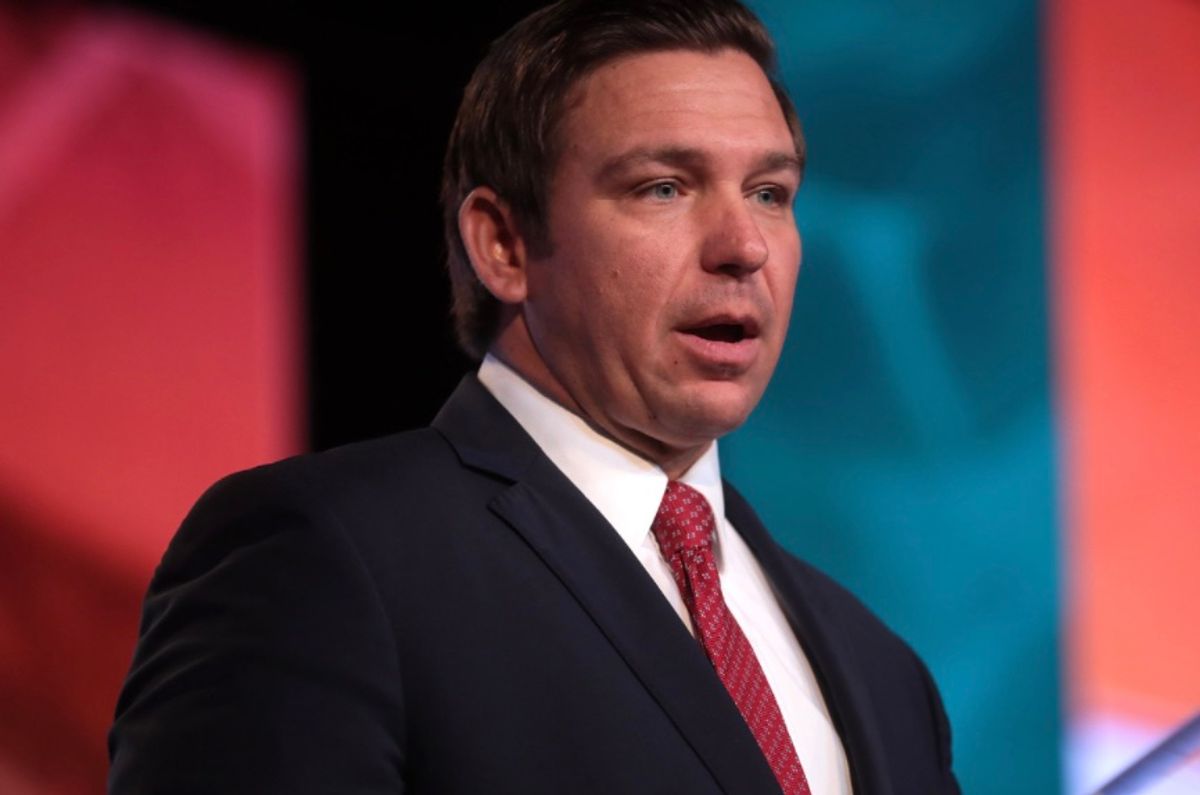 A 2021 law signed by Florida Gov. Ron DeSantis requires state universities and colleges to survey staff and students to assess "intellectual freedom" and "viewpoint diversity" on campuses. However ...

The law does not require that students and staff register their political views with the state.

Florida Gov. Ron DeSantis in June 2021 signed legislation that would require universities to survey students, faculty, and staff about "intellectual freedom" and "viewpoint diversity" on their respective campuses.

More than a year later, in July 2022, various social media users posted misleading comments alleging that the law would require staff and students on those campuses to "register their political views" with the state.

So Where Did the Rumor Come From?

The rumor appeared to stem from a headline on a story published by the liberal website Salon in June 2021. The story's headline originally said, "DeSantis signs bill requiring Florida students, professors to register political views with state."

Salon updated the headline on the story more than a year later, in July 2022, and it now reads, "DeSantis signs bill requiring survey of Florida students, professors on their political views." But the update came after the misleading rumors went viral online.

What Does the Law Actually Say?

Here is the exact text in the key part of the legislation:

The State Board of Education shall require each Florida College System institution to conduct an annual assessment of the intellectual freedom and viewpoint diversity at that institution. The State Board of Education shall select or create an objective, nonpartisan, and statistically valid survey to be used by each institution which considers the extent to which competing ideas and perspectives are presented and members of the college community, including students, faculty, and staff, feel free to express their beliefs and viewpoints on campus and in the classroom.

The text of the legislation doesn't explicitly specify whether or not survey participation from faculty and students would be voluntary and anonymous. But it also isn't about registering people's political views, and makes no mention of any such thing.

Cassie Palelis, spokesperson for the Florida Department of Education, told Snopes in an email that the survey is, in fact, anonymous and voluntary:

The legislation requires a survey conducted by the State Board of Education (for state colleges) and Board of Governors (for state universities). In fact, the legislation requires that the survey be “objective, nonpartisan, and statistically valid.” Those requirements do not necessitate knowing the identity of the respondent, nor do they require everyone to participate. In other words, the survey is anonymous and voluntary.

Palelis added, "This survey is designed to help us better understand the extent of bias on Florida campuses, and asks respondents whether they fear reprisal on their college campus for expressing their political ideology."

We asked the Florida Department of Education for a sample of a survey but didn't receive one in time for publication. We will update this story when and if we do. (The Tallahassee Democrat newspaper published a survey from the Florida Board of Governors sent to university employees, which states the survey is voluntary and anonymous.)

Why All the Hullabaloo?

The law has been controversial from the get-go, in no small part because DeSantis suggested the surveys could be used as leverage to cut funding for academic institutions.

"We obviously want our universities to be focused on critical thinking, academic rigor,” DeSantis said, as quoted by Florida Politics. "We do not want them as basically hotbeds for stale ideology. That’s not worth tax dollars and it’s not something that we will be supporting."

InsideHigherEd, an outlet that focuses on news and issues on college and university campuses, reported that the Republican-backed law was rolled out in the context of inflammatory comments by DeSantis about "indoctrination."

The law raised fears that the surveys could be used as weapons to target certain academic departments and programs for funding cuts, per InsideHigherEd, and that although the surveys are anonymous, they ask for demographic information that could be used to identify people, particularly at smaller institutions. Opponents unsuccessfully sought a court injunction against the surveys, which were rolled out in April 2022.

The headline, claim, rating, and text of this story has been updated to reflect that in July 2022, a rumor spread on social media that the law would require surveys that register the political views of Florida public college and university staff and students.