There is no truth to a widely-shared claim that the flight crew of the New Orleans Saints' team airplane "took a knee" and refused to perform their duties. 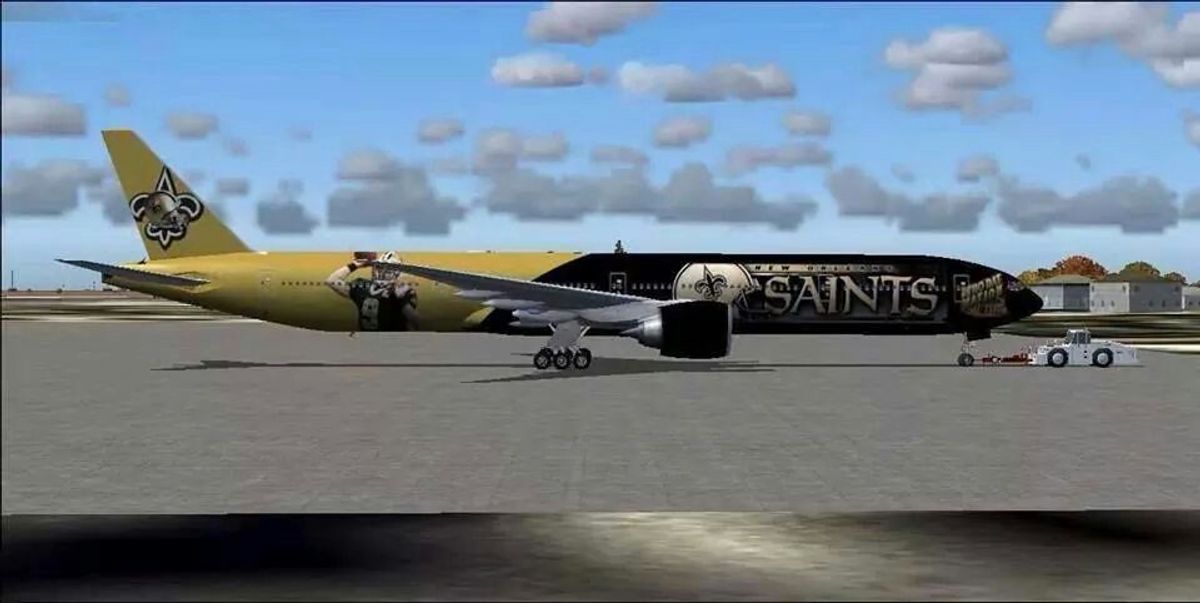 Claim:
The flight crew of the New Orleans Saints' team plane decided to "take a knee" and refuse to fly the team to their destination in protest of players kneeling during the national anthem.
Rating:

On 2 October 2017, the "satire" web site Freedum Junkshun published an item claiming that the New Orleans Saints were stranded on a runway after an entire flight crew "took a knee" and refused to transport the "group of thugs":

The New Orleans Saints made the mistake of once again disrespecting our veterans, our country and our flag. After an embarrassing opening to a game with the worst ratings in Saints’ history, the players and coaches learned that their actions have consequences.

Both the pilot and co-pilot of the Boeing 737 the Saints use to travel are combat-hardened American heroes. They flew sorties over Baghdad with Saddam’s best weapons firing back. They fought with their lives for your freedom and watched many of their friends die. Today they took a stand for those brave souls:

“We couldn’t be a party to the disrespect. We waited until we were cleared and last off the runway for the night, walked out of the cockpit, took a knee and deplaned. They’re not going anywhere until tomorrow.”

Although it's true that New Orleans Saints players kneeled during the national anthem to protest police brutality on more than one occasion during the early weeks of the 2017 National Football League season — including at a London game, before which the Saints kneeled and locked arms with members of the opposing team, the Miami Dolphins, on 1 October — the story about the Saints' flight crew taking a knee in protest is pure fiction. (At the same time this fake news article was circulating, a similar false story spread involving television chef Gordon Ramsay and the aforementioned Miami Dolphins.)

Albeit popular on social media, "news" of the purported incident was not reported by any credible sources. In addition, the footer on all of Freedum Junkshun's pages includes a prominent "about" section identifying the web site's content as "works of pure satirical fiction" and suggesting it exists to mock the very folks likely sharing its content: