An anonymous Facebook post described what it was like to accompany sixteen "scared little souls" on a cross-country flight to a detention facility in the middle of the night. 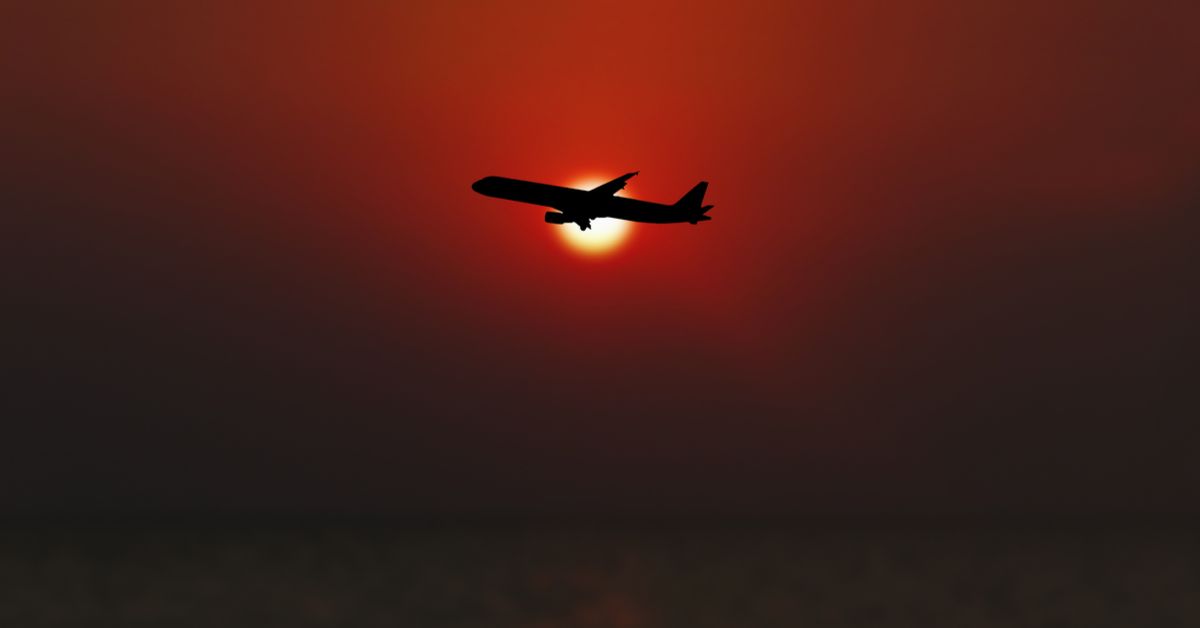 In mid-June 2018, fanning the uproar over the Trump administration's policy of separating families detained at the U.S.-Mexico border, a Facebook post allegedly written by a commercial flight attendant painted a heartrending picture of "scared little souls" being flown to a detention facility in the middle of the night.

The text was posted by a Facebook user who identified herself as a coworker of the author:

Copied and pasted from a coworker who worked this flight: Through all the adversities we faced last evening with computer outages, cancellations and delays, nothing prepared me or my crew for 16 passengers. Sixteen. All dressed in black and gray cheap Walmart sweat suits, quietly boarding the 12:30am flight.

During the beverage service, one of the crew comes to me in tears. They can’t face these children that have been ripped from their families with a smile.

These children were probably ranging in age from 11, to the most adorable little girl maybe 6 years old. At 2:30 in the morning, deplaned here in Miami not knowing if they will ever see their loved ones again that they were separated from in Phoenix.

Those sweet innocent children, dressed as criminals silently deplaned with the same fear as our initial meeting. Except for the little girl. She looked up at me as she turned left for the main cabin door, with tears of fear streaming down her face. I’m not sure the protocol, but I leaned over hoping to offer some hope, she hugged me, which was returned - much to the scowl and comments from the adult escort.

I pray that these 16 scared little souls, as well as all the other thousands, find their way to reuniting with their loved ones.

We are trained yearly in hundreds of possible scenarios as attendants. Something like this isn’t remotely one of those. I had only met one of my crew a few years earlier, the rest never. Thank God, we had one another to lean on to not only get through the flight, but also maybe some glimmer of hope for those babies.

In a subsequent post, the Facebook user, Anika Lodzinski, declined to identify her coworker, whom she said was unwilling to risk his job by going public. Nor did she name the airline they both work for (reposts of the text variously named Southwest Airlines or American Airlines as the carrier, but neither company would confirm or deny those claims). Lodzinski told us via e-mail that she had been directed to refer all media questions to her union (the Association of Flight Attendants-CWA).

"The incident did happen," Lodzinski wrote. She said didn't expect her post to garner so much attention.

AFA-CWA e-mailed us a statement saying they had confirmed that the Facebook post was real, and written by a flight attendant. Though they would not confirm or comment on any details pertaining to the incident beyond that, AFA-CWA also provided a statement from International President Sara Nelson, who said:

As aviation’s first responders we are charged with the safety, health, and security of the passengers in our care. We are often put in the crosshairs of national debate because aviation is the gateway to the world and our planes are filled with a microcosm of our communities, every gender, culture, age, race and creed. When we see someone in distress we are moved to help them. Flight Attendants have experience ushering migrant children to families or even to deportation from the country. The difference today is the overwhelming American opposition to a new immigration policy that separates families. This national discussion and response is being felt on the planes and discussed among crews. Some are struggling with the question of participating in a process that they feel deeply is immoral. Airlines are often a first point of contact for any public debate on these issues because all of society passes through our aircraft. Communication to crews from the airlines and the government is paramount as tensions are high and Flight Attendants continue to serve as aviation’s first responders.

We also requested verification of the incident from U.S. Immigration and Customs Enforcement, but they did not respond to our request in time for publication.

Questions have been raised about the stated boarding and deplaning times (12:30 A.M. and 2:30 A.M., respectively), which are two hours apart. Typically, a non-stop flight from Phoenix to Miami takes around four hours, though there is nothing in the original text to indicate that the flight discussed was non-stop, nor that the 12:30 A.M. departure was from an Arizona airport.

A reporter for the Arizona Republic ascertained that an American Airlines flight departing from Phoenix on the afternoon of 14 June would have arrived in Charlotte, North Carolina in plenty of time to connect with a late evening (10:40 P.M.) flight to Miami whose departure time on that date was delayed until almost 12:30 A.M. It didn't arrive in Miami until 1:52 A.M., which lines up reasonably well with the times mentioned in the Facebook post.

After the anonymous post went viral, two more first-person accounts by workers on flights that transported immigrant children emerged that echoed its observations and lent credence to its author's observations.

On 19 June, the Houston Chronicle published a lightly edited version of a Facebook post by Hunt Palmquist, who said he has been a flight attendant for a major commercial airline for 29 years. "Several weeks ago," he wrote, "I worked two flights (one to San Antonio and the other to McAllen) which proved to be two of the most disturbing flights I've ever experienced in my career." He continued:

On board these particular flights were ICE agents and migrant children (approximately four to eleven years old) who had been separated from their families and were being flown to a "relocation" site.

Since working the two flights, the images of those helpless children have burned into my psyche. The little children whose faces were full of fear, confusion, sadness and exhaustion left me somewhat traumatized as it occurred to me a few weeks later that I might as well have been a collaborator in their transport.

Palmquist vowed he would "no longer be complicit" in what he described as a "disgusting and deplorable cause," and pledged to remove himself from any such flights in the future.

That same day, American Airlines flight attendant Ian Funderburg posted the text of a letter he had addressed to a vice president of the company, in which he wrote:

Recently on a flight from Dallas to Miami, I had the displeasure of transporting eight young boys, estimated between the ages nine to fifteen, dressed in gray sweatsuits along with their escort — a cold hearted woman who scowled at our attempts to communicate with the frightened children. Of course they spoke no English, and my Spanish is limited, but we got the job done.

Their situation weighed on me the entire flight, playing multiple scenarios in my head, and it broke my heart. Knowing that I was transporting innocent children to their detention and possible deportation goes against every moral fiber in my body. To me, it felt like "justified" human trafficking, and indeed was one of the aformentioned scenarios. These children have committed no crime, nor have their family members by seeking a better life away from a troublesome and often dangerous lives in their homeland.

Funderburg, too, vowed not to participate in such flights in the future. "I refuse to be complicit in carrying out the abhorrent and abusive anti-immigrant agenda of the Trump Administration," he wrote.

On 20 June 2018, American Airlines issued a statement both reaffirming their unawareness of cases of the Department of Homeland Security transporting immigrant children separated from their families on their airplanes and asking the federal government to immediately refrain from doing so (only to be attacked by a DHS spokesperson for "buckling to a false media narrative"). Frontier, Southwest, and United Airlines issued similarly worded statements.

Gilbertson, Dawn.  "Did a Flight Attendant See 16 Migrant Children on a Flight from Phoenix to Miami?" The Arizona Republic.  19 June 2018.