Is This Video of a 'Fireball' Surging Across a Power Line Real?

Big winter storms in February 2021 left many areas without power in the U.S. 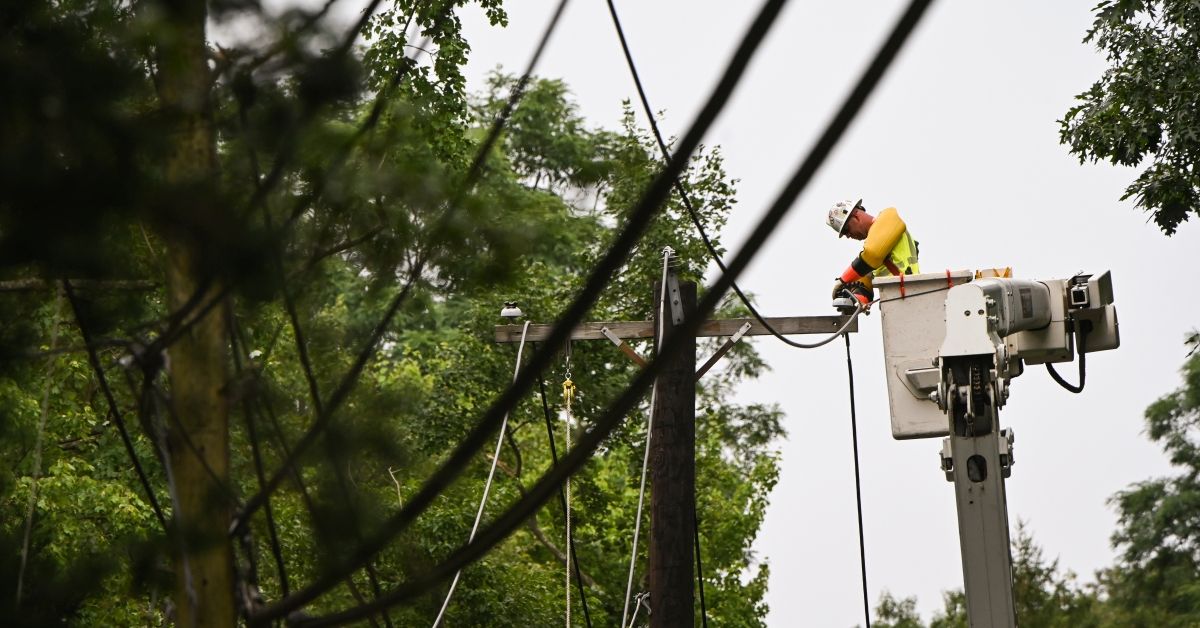 Claim:
A video shows a "fireball" surging across a power line in Kenner, Louisiana.
Rating:

In mid-February 2021, as a severe winter storm made its way across the United States, a video that allegedly showed a "fireball" surging across a powerline in Kenner, Louisiana, went viral on social media:

This is a genuine video of a fiery electrical surge traveling across a damaged power line in Louisiana.

According to WWL Eyewitness News, this video was filmed by Chris Fitzmorris outside of his business in Kenner on the morning of Feb. 15, 2021. An icy winter storm damaged several power lines in the area that ultimately left close to 60,000 people without power.

Video shot by Chris Fitzmorris near the outage shows power surging through the lines at the same time the transformer went down.

The NWS says power outages and tree damage are likely due to the ice. After the rain ends, even colder air will arrive tonight producing dangerously cold wind chill values as low as 5 degrees in some areas overnight into Tuesday morning.

NOLA.com, a news outlet from nearby New Orleans, Louisiana, shared a similar video of a power line that had been damaged during February's winter storms.

This unusual and frightening sight is not unprecedented. In 2013, for instance, a resident in Montreal, Canada, captured a similar surge streaking down power lines. Here's a news report from ABC News about the incident: