An item criticizing multiple aspects of the Social Security system gets nearly everything wrong. 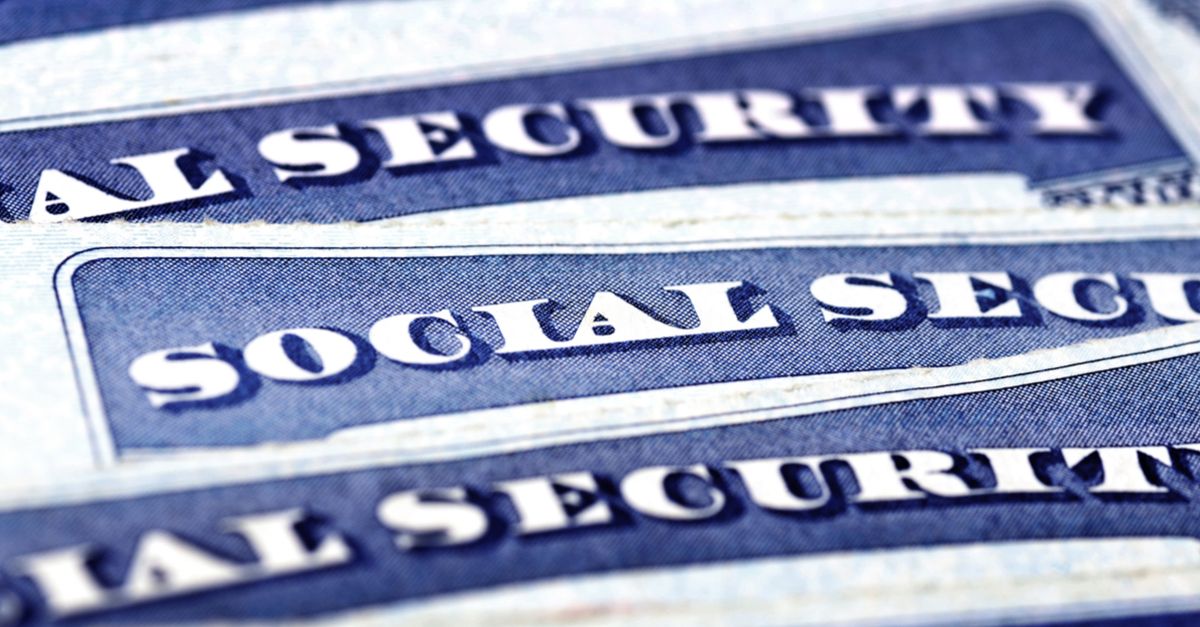 It's true that Social Security retirement payments are classified as "federal benefit payments," but that's about the only bit of information the author of a screed about the Social Security system got right — and even at that he erred in mistakenly assuming this terminology to be new and in misconstrued what it meant:

Have you noticed, your Social Security check is now referred to as a "federal benefit payment"?

I'll be part of the one percent, to forward this, our government gets away with way too much in all areas of our lives, while they live lavishly on their grossly overpaid incomes! KEEP passing THIS AROUND UNTIL EVERY ONE HAS READ IT.....

SOMETHING TO THINK ABOUT THE ONLY THING WRONG WITH THIS CALCULATION IS THEY FORGOT TO FIGURE IN THE PEOPLE WHO DIED BEFORE THEY COLLECTED THEIR SOCIAL SECURITY!!!! WHERE DID THAT MONEY GO?????????????

This was sent to me, I am forwarding it because it does touch a nerve in me.

This is another example of what Rick Perry called "TREASON in high places"!!! Get angry and pass this on!

Remember, not only did you contribute to Social Security but your employer did too. It totaled 15% of your income before taxes. If you averaged only $30K over your working life, that's close to $220,500.

The folks in Washington have pulled off a bigger Ponzi scheme than Bernie Madhoff ever had.

Entitlement my butt, I paid cash for my social security insurance!!!! Just because they borrowed the money, doesn't make my benefits some kind of charity or handout!!

In the last months we have provided aid to Haiti, Chile, and Turkey . And now Pakistan ......home of bin Laden. Literally, BILLIONS of
DOLLARS!!!

Our retired seniors living on a 'fixed income' receive no aid nor do they get any breaks while our government and religious organizations pour Hundreds of Billions of $$$$$$'s and Tons of Food to Foreign Countries!

They call Social Security and Medicare an entitlement even though most of us have been paying for it all our working lives and now when it's time for us to collect, the government is running out of money. Why did the government borrow from it in the first place? Imagine if the *GOVERNMENT* gave 'US' the same support they give to other countries.

99% of people won't have the guts to forward this.

Likewise, the word "entitlement" has long been the standard terminology for payments made under government programs that guarantee and provide benefits to particular groups. Persons who have demonstrated their eligibility to claim such payments are entitled (i.e., "qualified for by right according to law") to receive them. The usage has nothing to do with pejorative connotations associated with the word (e.g., "a sense of entitlement") which are often applied to denote people expecting or demanding something they do not merit.

As for the calculations about savings detailed in the latter half of the above-quoted example, they're far off the mark for a number of reasons:

Additionally, the statement that "our retired seniors living on a 'fixed income' receive no aid nor do they get any breaks, while our government pours hundreds of billions of $$$$$$'s to foreign countries" reflects a common but grossly inaccurate perception of how the federal government spends taxpayer monies. In fact, the bulk of the federal budget (by far) goes towards providing for retirees and low-income households: 20% of the budget pays for Social Security, 21% pays for health insurance programs (Medicare, Medicaid, and CHIP), and another 13% pays for financial safety net programs. By contrast, only about 1% of the federal budget is spent on foreign aid.

Finally, although the anonymous author of this piece uses the term "Social Security insurance," he doesn't seem to understand that's exactly what Social Security is. Social Security isn't a savings plan or an investment scheme; it's an Old-Age, Survivors, and Disability Insurance (OASDI) program intended to ensure that Americans are guaranteed a minimum monthly payment in their non-working years. As with all insurance programs, some people will eventually receive less than they paid in, and others will receive more.