Did FDR Tell People He 'Murdered His Grandmother' To See if They Were Listening?

The anecdote first appeared in 1953. 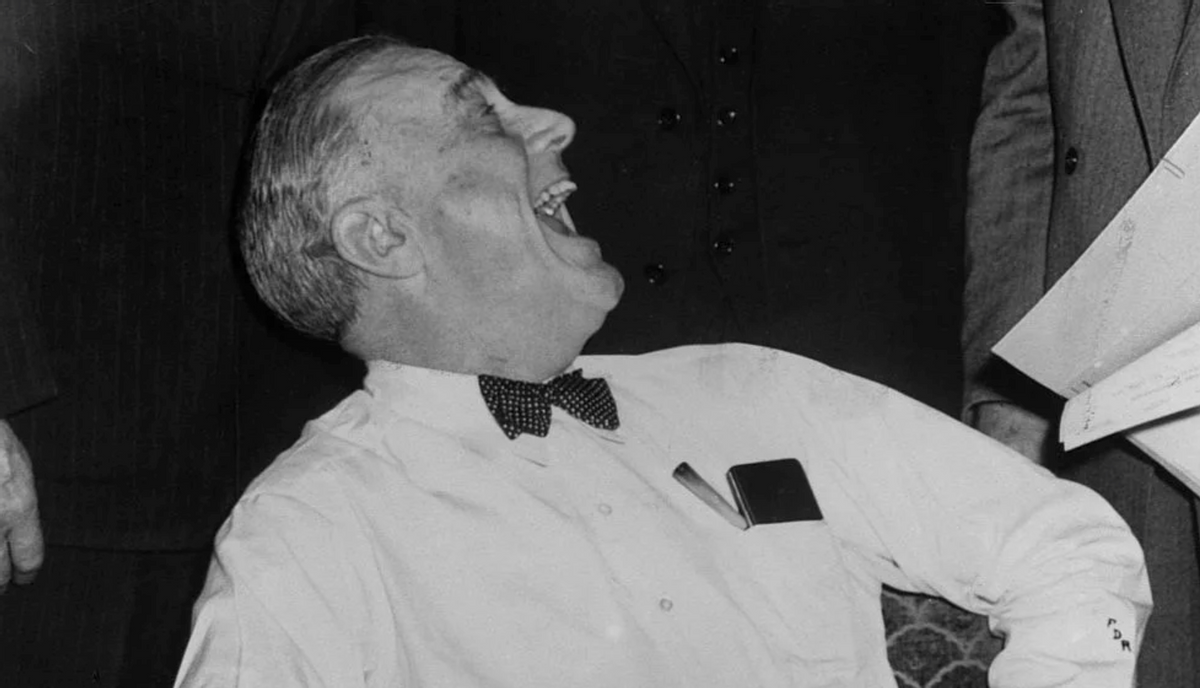 Claim:
President Franklin D. Roosevelt told people at a social function that he had murdered his grandmother that morning to see if they were listening to him.
Rating:

A popular story claims that U.S. President Franklin D. Roosevelt used a large social function to test if guests were actually listening to what he was saying. To do this, legend holds, he told each guest "in jovial tones" that he had "murdered my grandmother this morning."

This story appears to have first been told in a 1953 book titled "The Compleat Practical Joker" by journalist and humorist H. Allen Smith. That book contains the same formulation of the anecdote that is commonly repeated across the internet today.

The earliest reference to the FDR anecdote that Snopes can find in media reports stems from coverage of Smith's book, based on a search of Newspapers.com. For example, a Nov. 18, 1953 article in the Spokane Chronicle reviewing Smith's book highlights the FDR claim as news:

Smith recalls Franklin D. Roosevelt was a joker of sorts and once decided to test a theory that people at social affairs never hear the polite words required under certain circumstances. Standing in a White House reception line half a mile long, the late President, says Smith, flashed his famous smile as he greeted each guest and murmured, "I murdered my grandmother this morning." Sure enough, none paid him heed except one Wall Street banker. He replied, just as pleasantly, "She certainly had it coming," and passed on.

Smith himself repeated this anecdote a month later in a Dec. 6, 1953, Philadelphia Inquirer column about presidents and practical jokes. In both tellings, no specific event or witness is named, making the claim virtually impossible to verify. Because the story has no corroborating evidence outside of the claims made by H. Allen Smith, we rank this anecdote as "Unproven."