Did Fauci Say NIH Was Told To Cancel Grant for Coronavirus Emergence Research?

The comment was made during testimony before a congressional committee. 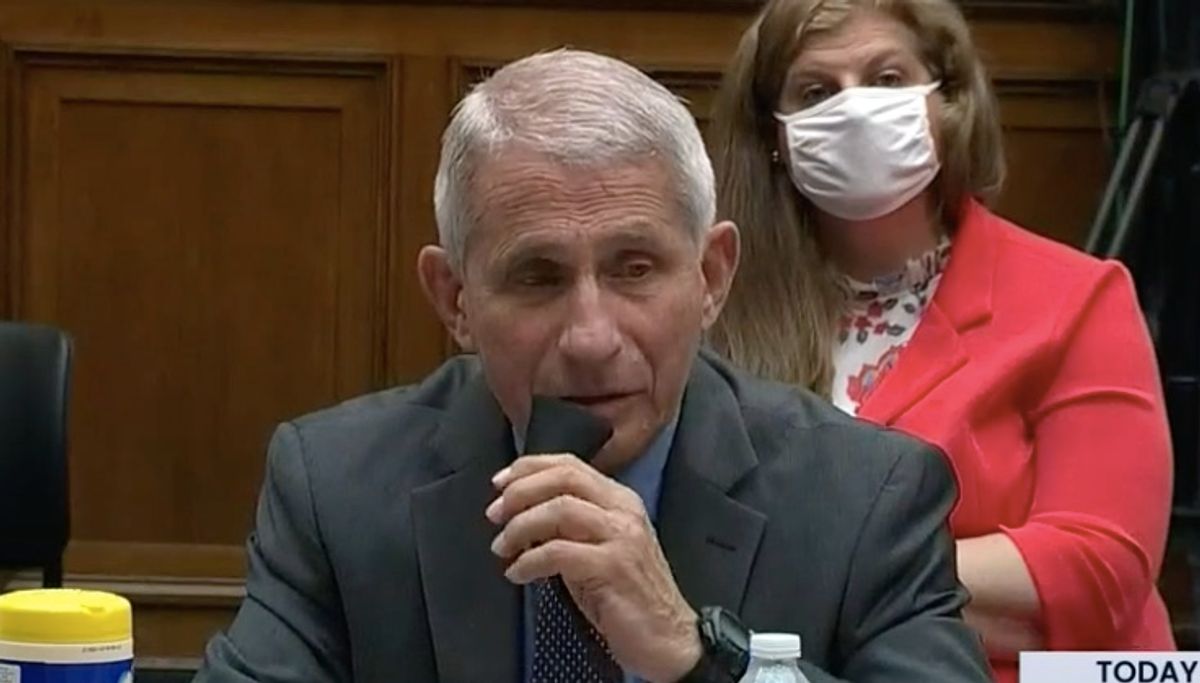 Claim:
Dr. Anthony Fauci said the National Institutes of Health (NIH) was told to cancel a grant funding research for a study investigating how coronaviruses jump from bats to humans.
Rating:

In late June and early July 2020, Snopes readers asked whether Dr. Anthony Fauci, the nation's foremost immunologist, had stated that the National Institutes of Health (NIH) was told to cancel funding for research into how coronavirus infections emerge in humans.

Fauci, who leads the NIH National Institute of Allergy and Infectious Diseases, made the statement when responding to a question while testifying, along with other coronavirus task force leaders, on June 23, 2020, before the House Energy and Commerce Committee. The testimony came as the U.S. experienced a spike in reported COVID-19 cases.

Although scientists believe that the novel coronavirus, the virus causing the COVID-19 disease pandemic, had animal origins before it infected humans, the Trump administration has promoted an unfounded conspiracy theory that the disease originated in a lab in Wuhan, China, where it was originally detected in the winter of 2019.

U.S. Rep. Marc Veasey asked Fauci about the grant, stating it didn't make any sense to him that funding for research on the coronavirus had been canceled "while we are in the midst of a coronavirus pandemic," asking Fauci if he knew why the decision had been made.

The exchange can be heard right after the 4:36 mark in this C-SPAN video.

Fauci later clarified to Politico that it was the White House specifically that directed NIH to cut off the funding.

Funding for the research project, which was run by the U.S. non-profit EcoHealth Alliance, was pulled on April 24. The move raised suspicion that it was done for political reasons, as the science and technology outlet Ars Technica reported:

The funding cut could set back critical research into preventing such disease spread, scientists say. They also expressed dismay that the decision was prompted by unfounded conspiracy theories and what some see as a wider attempt by the Trump administration to deflect criticism of its handling of the pandemic by blaming China for unleashing the disease.

The move was criticized by scientists, who called it counterproductive in the fight against the pandemic.

Because Fauci stated in public testimony that NIH was told to cancel a grant for coronavirus research and later clarified to Politico that it was the White House that had initiated cutting a research grant for the EcoHealth Alliance research, we rate this claim "Correct Attribution."