Did Fauci Compare Research About COVID-19 to That of Chickenpox?

The comparison happened on Facebook and went viral in summer 2020. 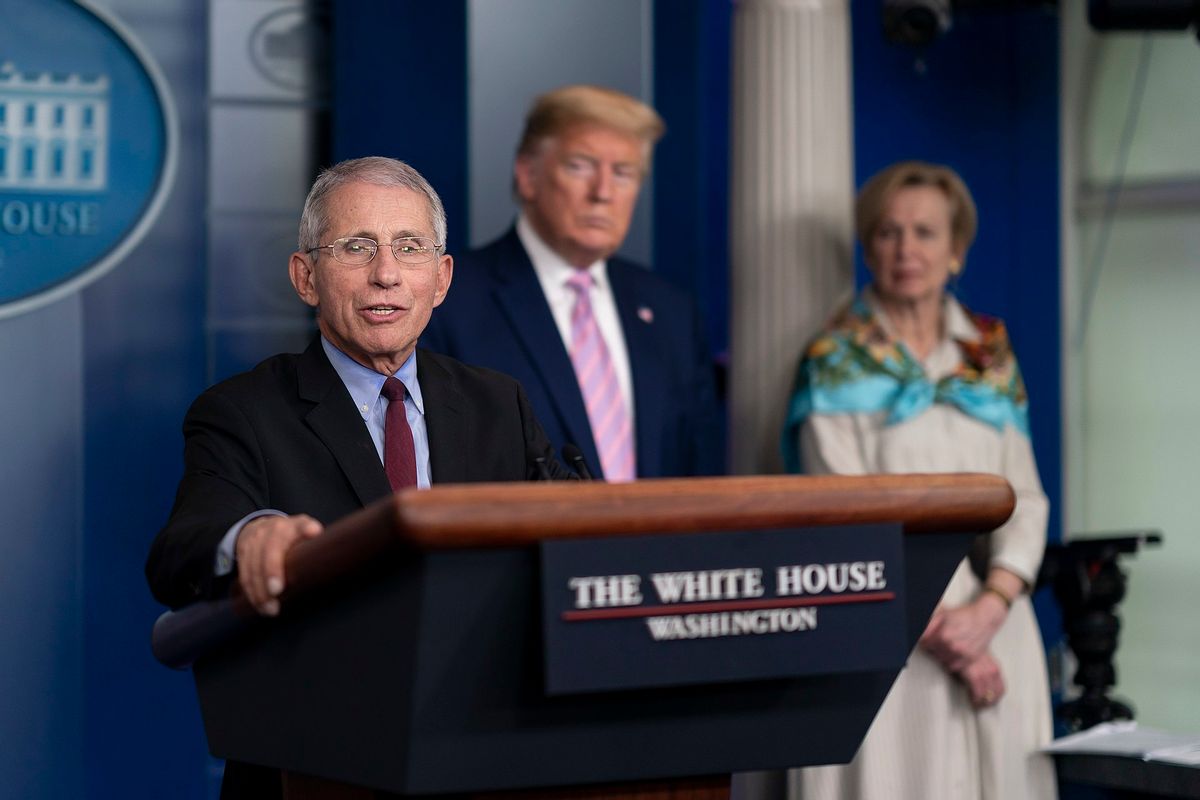 Claim:
Dr. Anthony Fauci compared emerging research about coronavirus with what the scientific community knows about chickenpox — as well as other viruses — and criticized people who were not taking steps to prevent the spread of COVID-19.
Rating:

In summer 2020, a roughly 900-word Facebook post emphasizing the unknowns of the coronavirus and criticizing people who were not taking precautions to prevent the spread of the deadly virus went viral.

Thousands of accounts shared the message verbatim, some of which claimed the words had been written or spoken by Dr. Anthony Fauci, top immunologist in the U.S. The post began like this:

Chicken pox is a virus. Lots of people have had it, and probably don't think about it much once the initial illness has passed. But it stays in your body and lives there forever, and maybe when you're older, you have debilitatingly painful outbreaks of shingles. You don't just get over this virus in a few weeks, never to have another health effect. We know this because it's been around for years, and has been studied medically for years.

The post went on to emphasize that the medical and scientific research community was only beginning to study the SARS-CoV-2 virus — which causes COVID-19 — and stressed the importance of face masks, proper hygiene, and social distancing to mitigate outbreaks until more is known about what causes them.

Since the beginning of July 2020, numerous Snopes readers requested an investigation to determine if Fauci, the head of the National Institute of Allergy and Infections Diseases, had indeed made the statement.

We found the contents of the viral post to be largely true. For instance, chickenpox is an infection caused by the varicella-zoster virus, just like the COVID-19 disease is caused by the SARS-CoV-2 virus. However, Fauci was not the source of, or at all connected to, the viral message. Rather, we determined Facebook user Amy Wright, of Asheville, North Carolina, was the post's original author.

She confirmed with us via Facebook messenger that she published the original post (which can be read here) on June 14, 2020, and made minor amendments to the message's grammar and wording since then. Then, over the course of several weeks, she said, private Facebook groups in her hometown began to circulate the post.

And after that, the statement spread like wildfire online, and people began falsely asserting that Fauci had said it. It was unclear who, or what account, was the first to make that inaccurate connection. Also unclear was their motivation for doing so. No evidence proves that Fauci made any written or verbal statement resembling the post in question. Wright told us:

I think it's very unfortunate that anyone would have tried to attribute this to Dr. Fauci. The only possible outcome of doing so would be to reduce one's credibility. It's unfortunate.

Elaborating on the process of authoring a viral post which is later mischaracterized, Wright said in Facebook comments:

I'm not credentialed medical professional. I wrote out my thoughts and opinions, and did include some things that are factual. ...

It is not my intent to spread misinformation. It is my intent to share my thoughts, stimulate discussion, and hope that people will continue to research and pursue a fuller understanding of this pandemic and its effects. ...

The impetus behind [someone's decision to wrongly attribute the message to Fauci] mystifies me.

As for the veracity of Wright's message: yes, the varicella-zoster virus remains in patients' bodies, even after they suffer chickenpox symptoms (namely an itchy skin rash with bumps, blisters and scabs). And, according to Mayo Clinic, the virus can reactivate and resurface years after the initial infection as painful clusters of blisters, called shingles. Older adults and immune-compromised people who have had chickenpox are more likely to suffer from shingles than other populations.

Additionally, the post accurately explains that years-old studies by scientists and medical professionals have determined that the viruses that cause herpes infections remain dormant in patients' bodies — which means they don't have any outbreaks — for weeks, months, or years on end. And, similarly, to make the point that the passage of time provides the research community the ability to make conclusive determinations on emerging illnesses and infections, Wright's post emphasized the years it took for Americans to understand HIV and how certain treatments can help patients manage and reduce the risk of spreading it.

Then, while listing almost two dozen symptoms of COVID-19 — roughly half of which are verifiable via the Mayo Clinic and the Centers for Disease Control and Prevention (CDC), while other reported symptoms in the post are listed on WebMD — the post said this of COVID-19:

This disease has not been around for years. It has basically been 6 months. No one knows yet the long-term health effects, or how it may present itself years down the road for people who have been exposed. We literally *do not know* what we do not know.

For those in our society who suggest that people being cautious are cowards, for people who refuse to take even the simplest of precautions to protect themselves and those around them, I want to ask, without hyperbole and in all sincerity:

The remaining portion of the message criticizes the actions and philosophies of people who think they would be better off by catching coronavirus sooner rather than later, essentially suggesting that COVID-19 patients were immune from falling ill due to the virus again even though scientific evidence was inconclusive on the topic as of this writing.

The CDC stated on its website that, "We do not know yet if people who recover from COVID-19 can get infected again. Scientists are working to understand this."

I reject the notion that it's "just a virus" and we'll all get it eventually. What a careless, lazy, heartless stance. Being intentional and taking basic, common sense precautions has permitted me to avoid many common viruses. I've never had the flu. And while I'm not saying I never will, I also am not about to run out and intentionally expose myself to "get it over with".

In sum, given the fact that no one appeared to have shared or written the viral message before Wright's status update on June 14, and the fact that she said she had written the post — not Fauci — we rate this claim "Misattributed."