Did Donald Trump Die of a Heart Attack?

What has possibly died is any last sense of decency in the clickbaiting world of junk news. 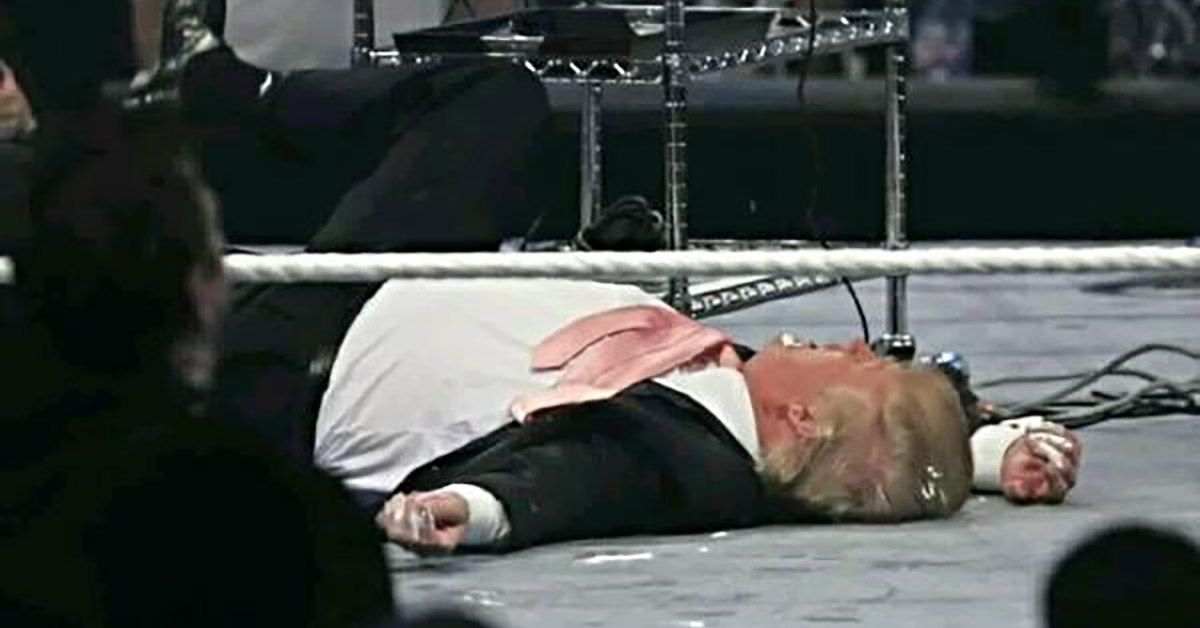 The clickbait world of fake news is driven by the crafting of sensationalist and outrage-provoking headlines posted via social media to drive readers into clicking through on article links and generating advertising revenues for the sites that publish such fabrications. Fake news sites typically demonstrate few moral compunctions about what lies they set loose on the Internet, and falsely reporting the deaths of celebrities and other notable personages is one unsavory ploy they all too commonly resort to in the quest for clicks.

This trend may now have bottomed out with one such site's false report (from a fake news generator) that Republican presidential nominee Donald Trump has died of a "violent heart attack":

Donald Trump was pronounced dead today at 11am following what some are describing as a violent heart attack.

The world famous businessman and TV personality was previously treated for minor cardio vascular issues that followed a mild course of antibiotics.

Donald’s family and friends have asked to be left alone by all press and media at this present time.

PLEASE SHARE THIS ARTICLE TO INFORM EVERYONE OF THE SAD LOSS OF DONALD TRUMP.

We'd rather not bother giving such cruel and callous clickbaiters additional publicity (so we're not linking to anything here), but enough confused readers have asked us about this fake report that we unfortunately need to debunk it here.

Donald Trump is not dead, as a few seconds' worth of perusing any U.S. news source quickly reveals. No one else is reporting his death, only his continuing efforts in his job as chief executive.