With a blank ticket template, you can create hype for nonexistent events. 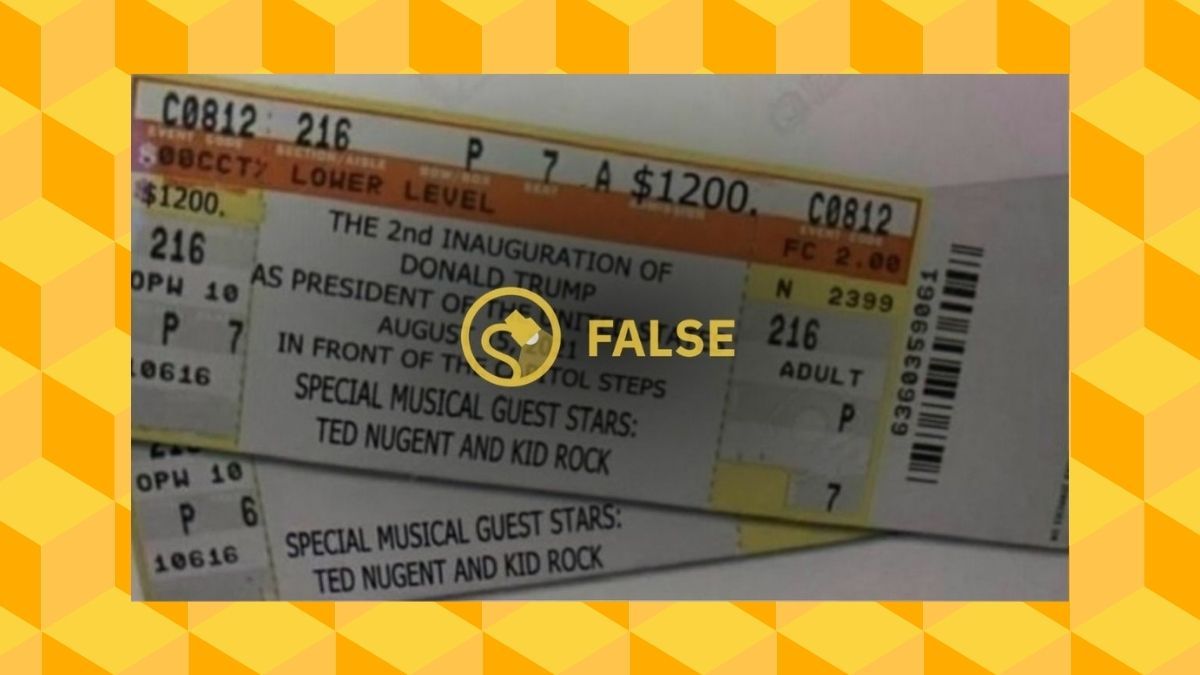 In June 2021, a photograph started circulating on social media that supposedly showed a pair of tickets that were being sold to former U.S. President Donald Trump's "second inauguration." This is not a genuine photograph of tickets to Trump's inauguration. This is a doctored image that was created with a blank ticket template. Here's a look at the fake image (left) and the original picture (right):

Trump lost his bid for reelection in November 2020. Though the former president continues to claim that the election was rigged (it wasn't) by widespread voter fraud (also an evidence-free claim), and though many of his supporters have been led to believe that he will soon be reinstated is president, these claims are not based in reality.

This picture appears to have been first posted to the internet message board 4chan on June 13. That posting appears to have been made as a joke to mock the idea that Trump would soon be reinstated to the presidency. It did not include an offer to sell and we have not seen anyone offering these nonexistent tickets for purchase (or anyone purchasing them) for $1,200. While it's possible that a scam artist will offer them for sale, these faux tickets are for a fictional event.

This is not the first time that fake tickets to Trump's inauguration have circulated on social media. In November 2020, shortly after Trump lost reelection, an image started circulating online that supposedly showed an email from the Trump campaign offering inauguration tickets. As in the case above, this email was a fake email for a fake event.