A report claimed that Facebook was banning the posting of Christian-themed content while allowing all other religions free rein on the social network. 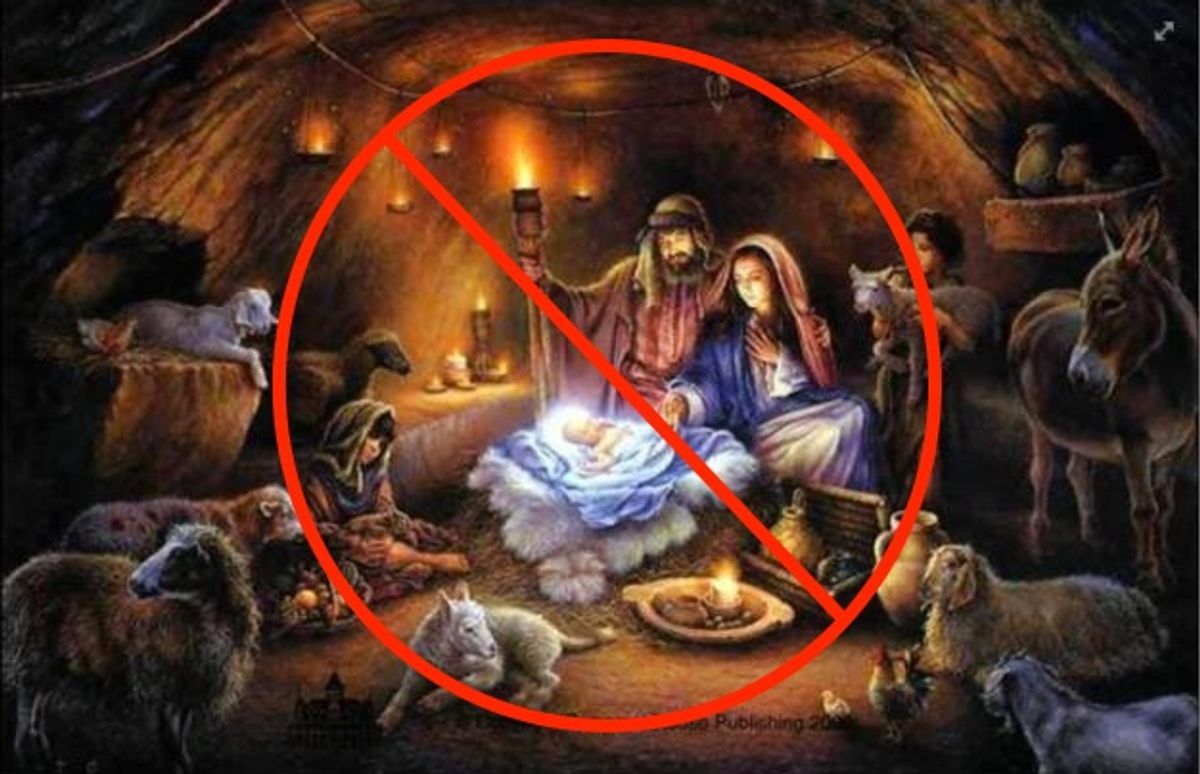 On 7 September 2016 the web site Associated Media Coverage published an article reporting that, in order to promote diversity, Facebook had issued a ban the posting of on all Christian-themed content on their social network while imposing no such restriction on content involving any other religion:

Representatives from Facebook, the social media giant known for making overnight changes in policy have announced their newest policy update, which is being viewed as one of the company’s most controversial changes to date.

According to Facebook representative Riker Jepson, the company’s founder and CEO Mark Zuckerberg, has made the decision to ban all Christian themed content in attempt to celebrate religious diversity while at the same time reducing religious intolerance among the social network’s estimated 1.65 billion monthly active users.

According to Jepson, one of the most frequent complaints made by Facebook users each month is what many of the website’s members describe as religious intolerance or bullying by the social network’s Christian population. Many Facebook users have complained that the website has become “over-saturated” with Christian posts, groups, pages, meme’s, and even Christian themed hashtags.

According to Jepson, the company’s developers are currently working to create an algorithm that will alert staff of any content that appears to be related to Christianity. All flagged content will be reviewed by a dedicated team and will be immediately removed if found to be in violation of community standards. According to Jepson, repeated offenders will have their credentials suspended and will no longer have access to their Facebook accounts. Though Jepson estimates their developers will have mastered the necessary algorithm within the next few weeks, the company is giving users until November 15, 2016, to ensure compliance with the newest policy update.

Though Facebook will be void of all Christian related content, not all religious themed content will be banned. Several religions will still have free-reign on the social network including but not limited to, Buddhism, Deity, Druid, Eckankar, Ethical Culture, Hindu, Humanist, Jewish, Mormonism, Muslim, Native American Spirituality, New Age, Pagan, Rastafarian, Santeria, Scientologist, Secular, Sikh, Spiritualist, Taoist, and Unitarian Universalist.

The report was a riff on a years-old, perpetually false hoax claim that Facebook is banning content related to Christianity (such as Nativity scenes). Not only is that rumor both old and long-debunked, but the source of this most recent version (Associated Media Coverage) is a fake news site that typically spreads falsehoods regarding to non-existent laws or statutes which would affect a specific subset of the population. The Christian-themed Facebook content ban is just another a variation on that theme.

Previous fabrications from the site included claims of an impending motorcycle curfew in March 2016, a motorcycle speed ban in August 2016, a FDA e-juice ban in mid-2016, and a heartstring-tugging fib about several jurisdictions codifying a "two pet maximum" ordinance (intimating many households would be forced to rehome beloved pets).  Associated Media Coverage expanded its scope into darker fake news items alongside claims like the Christian-themed content ban, promulgating upsetting falsehoods about a transgender bathroom controversy-related shooting death (during a time of nationwide interest in the issue), Casey Anthony opening a home daycare center, and a dead baby located in a Walmart DVD bin.

Although many fake news sites include disclaimers informing readers their content is fabricated, Associated Media Coverage does not.