Were Ewok-Like Creatures Called 'Chay Na Men' Found Near a Cave in Thailand?

Ewoks, for the time being, can still only be found on the fictional forest moon of Endor. 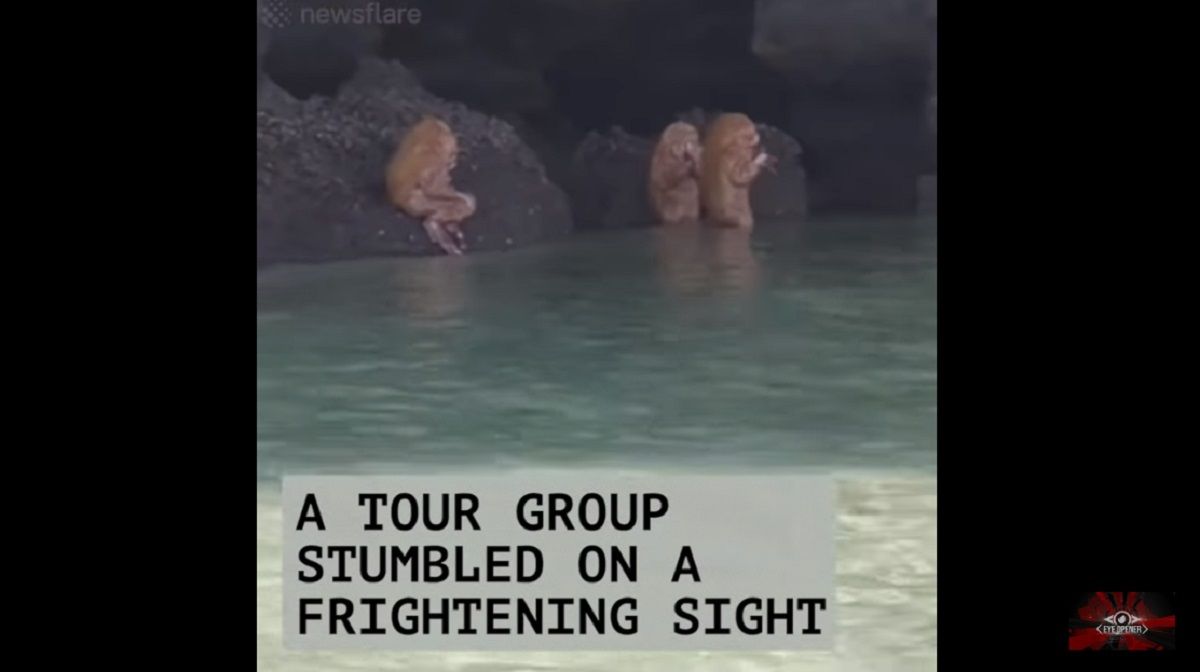 Claim:
A video shows an alien-like creature known as the 'Chay Na' near a cave in Thailand.
Rating:

In November 2018, a video purportedly showing a group of Ewok-like creatures spotted outside of a cave system in Thailand went viral online:

Although this footage was presented as if it captured the rare discovery of a group of "Chay Na" men (i.e., a poor joke on "Chinamen"), there is nothing alien about these bipeds. This video actually shows an art piece put together by Tori Wrånes as part of the First Thailand Biennale:

As the foremost international exhibition of contemporary art in Thailand, the Office of Contemporary Art and Culture (OCAC), Ministry of Culture in Bangkok, is organising the First Thailand Biennale. As a national initiative of contemporary art, the organising institution of this biennial is planned to choose different cities and sites in Thailand for each edition. Unlike conventional art museum exhibitions, Thailand’s first Biennale will be staged outdoors on natural sites in Krabi. Krabi, with its majestic mountain ranges, beautiful beaches, stunning coasts, and hundreds of fertile islands, is truly the wonderland of the Andaman.

Wrånes' piece, which was partly inspired by the trolls of Norwegian folklore, was set up outside of the the Phra Nang Cave:

Growing up in Norway, Wrånes believed in trolls, Norwegian folkloristic creatures who live in the woods. They are known for their grotesque appearance and nocturnal life. Trolls represent all spectres of being “human”: they exist beyond societal norms and linguistic structures which are hierarchical. Struck by the dramatic landscape of Phra Nang Cave and beach during her site visit, Wrånes imagines the presence of indigenous ‘Krabi creatures’ to interpose in daily life that occurs within this tourist destination. Throughout the four-month period of the biennale, Wrånes’ performances consist of two parts: an opening concert in collaboration with local musicians, featuring the artist’s vocals in dialogue with the Pi, a traditional Thai reed instrument; and the daily appearance of the Krabi creatures.

Wrånes posted a number of photographs to her Instagram page showing the creation of these Krabi costumes:

Wrånes also posted a video of one of the actors getting some scuba support outside of the Thailand cave: