No, the Ever Given Cargo Ship Didn't Get Stuck Again

The headline in question had some people wondering if it was an April Fools' joke. 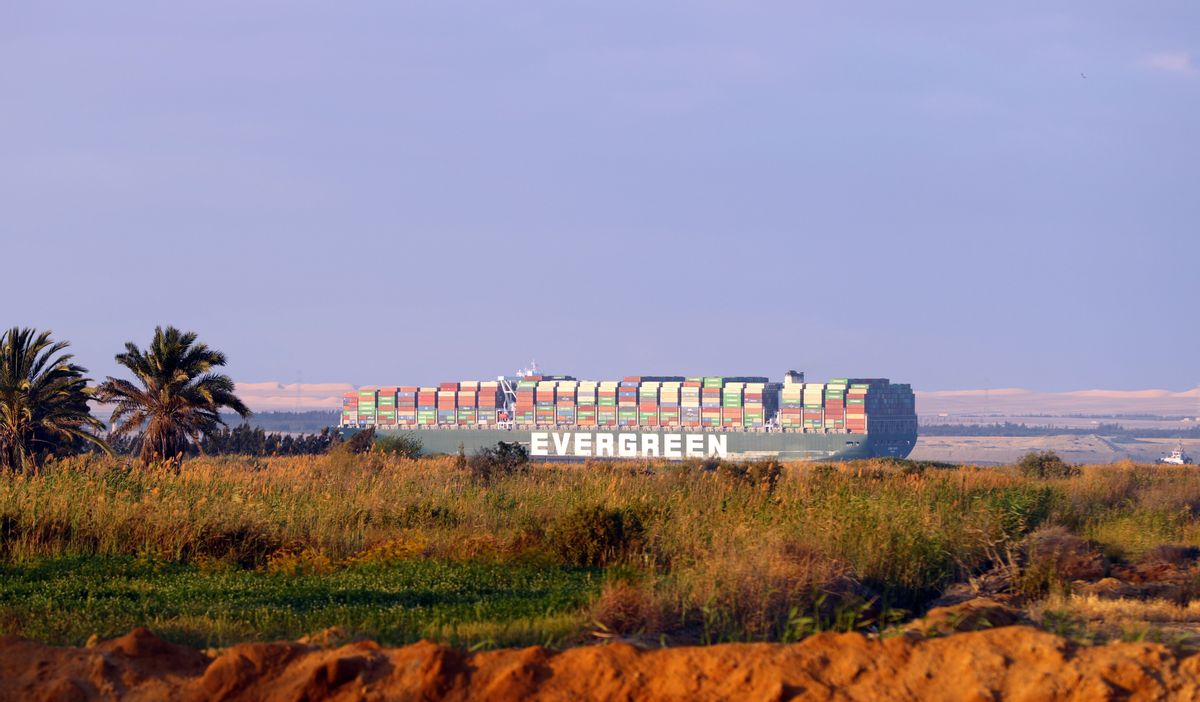 Claim:
The Ever Given cargo ship got stuck again after previously being stuck in the Suez Canal.
Rating:

The headline of a news report began with the words "Ever Given Stuck Again," but in this instance the cargo ship was not literally "stuck" in the same sense it had been before, when for days it blocked the Suez Canal and could not be moved. The text of the article said the Ever Given was simply idling in place while the previous incident was being investigated.

On April 1, 2021, Newsweek published a story with the headline: "Ever Given Stuck Again As Estimates of Shipping Stall Total $1 Billion." Despite the date, the headline did not appear to be intended as an April Fools' joke.

In March 2021, the Ever Given cargo ship became stuck in the Suez Canal. The Associated Press reported that it "created a major traffic jam on one of the world’s most crucial trade routes." The ship quickly became the butt of a number of jokes. It was freed on March 29.

The "Ever Given stuck again" Newsweek headline was shared as a popular submission on Reddit's r/savedyouaclick. The subreddit describes itself as "fighting news media clickbait for better journalism."

The Reddit submission explained the misleading nature of the headline: "It's not blocking the canal again, it's just being impounded until the investigation about the incident is completed."

We were able to find several Twitter users who sounded off about the "Ever Given stuck again" headline:

The Associated Press published a more explanatory headline about the situation: "With ship now freed, a probe into Suez Canal blockage begins."

The word "stuck" also appeared in the AP story. However, it came after a general headline and nearly three paragraphs of context:

Experts boarded the massive container ship Tuesday that had blocked Egypt’s vital Suez Canal and disrupted global trade for nearly a week, seeking answers to a single question that could have billions of dollars in legal repercussions: What went wrong?

As convoys of ships again began traveling through the artery linking the Mediterranean and Red Seas, a canal service provider said more than 300 vessels carrying everything from crude oil to cattle were still waiting for their turn in a process that will take days. Egyptian government officials, insurers, shippers, and others similarly waited for more details about what caused the skyscraper-sized Ever Given to become wedged across the canal on March 23.

When blame gets assigned, it will likely lead to years of litigation to recoup the costs of repairing the ship, fixing the canal, and reimbursing those who saw their cargo shipments disrupted. Since the vessel is owned by a Japanese firm, operated by a Taiwanese shipper, flagged in Panama, and now stuck in Egypt, matters quickly become an international morass.

In sum, a headline gave the impression to some readers that the Ever Given ship may have been "stuck again" in a similar manner as before. This was not true. For that reason, we have rated this claim as "False."