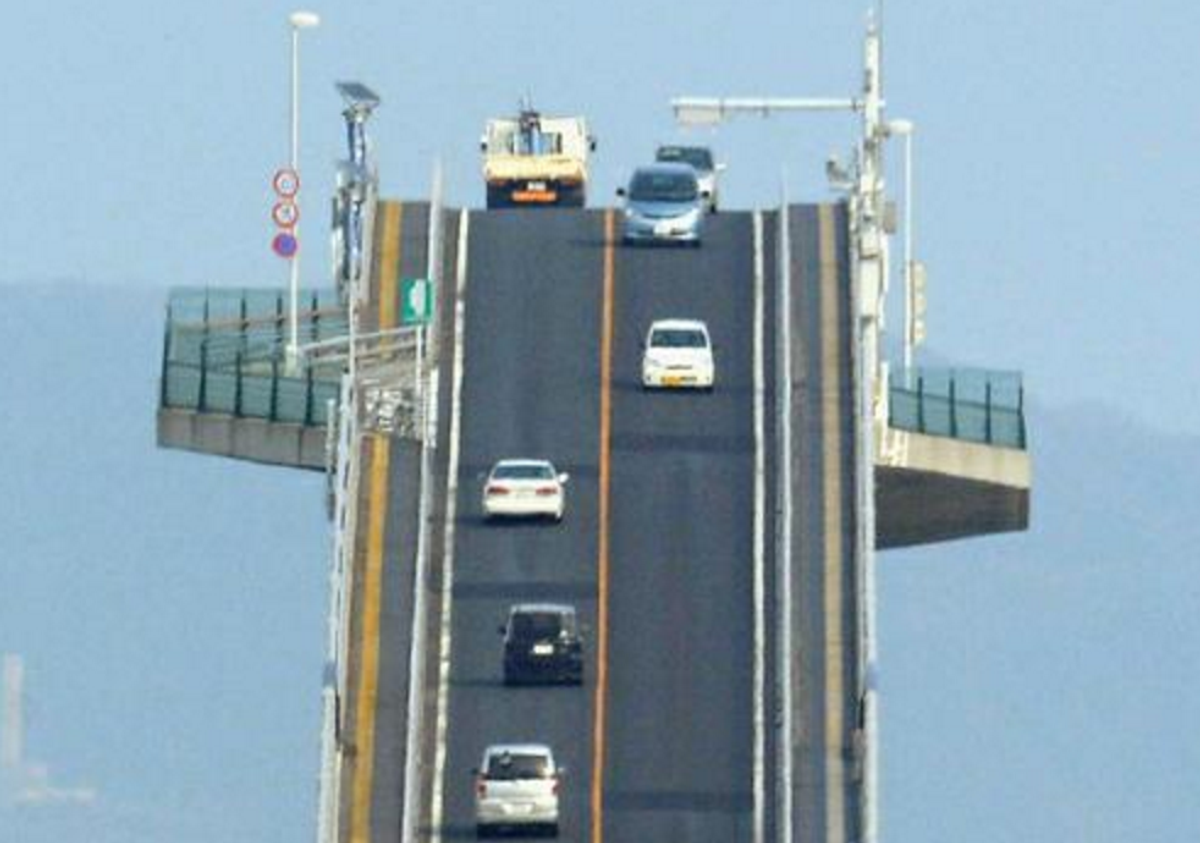 The Eshima Ohashi bridge, which spans Lake Nakaumi to connect the Japanese cities of Matsue and Sakaiminato, was constructed with a high span in order to allow the passage of boat traffic from the latter city, a major fishing port:

Although the mile-long bridge looks something like the upward slope of a roller coaster in the video seen above, that appearance is an artifact of the perception distortion created through the use of telephoto lenses (which typically "flatten" the visual distance between objects, and in this case make the lowest point of the bridge look much closer to its highest point than it really is, creating an artificial impression of extreme steepness).

In fact, the bridge has a gradient of 6.1% on one side and 5.1% on the other, presenting motorists with a gradual climb that doesn't look quite so scary in standard distance shots: The following videos provide an idea of what the sensation of crossing the bridge is like, the first from the perspective of an observer and the second from that of a participant:

The Eshima Ohashi bridge is far from being the highest in the world, however. That honor belongs to the Sidu (or Sidhue) River Bridge, a 4000-foot suspension bridge that spans the valley of the Sidu River in China's Hubei Province at a height of 1,627 feet. By way of comparison, the famous Empire State Building measures only 1,454 from its base to the tip of its antenna spire: