Does This Photograph Show a KKK Member Treated by Black Hospital Staff?

A photograph capturing a KKK member being treated by an all-black emergency room staff was part of an advertising series, not a genuine historical image. 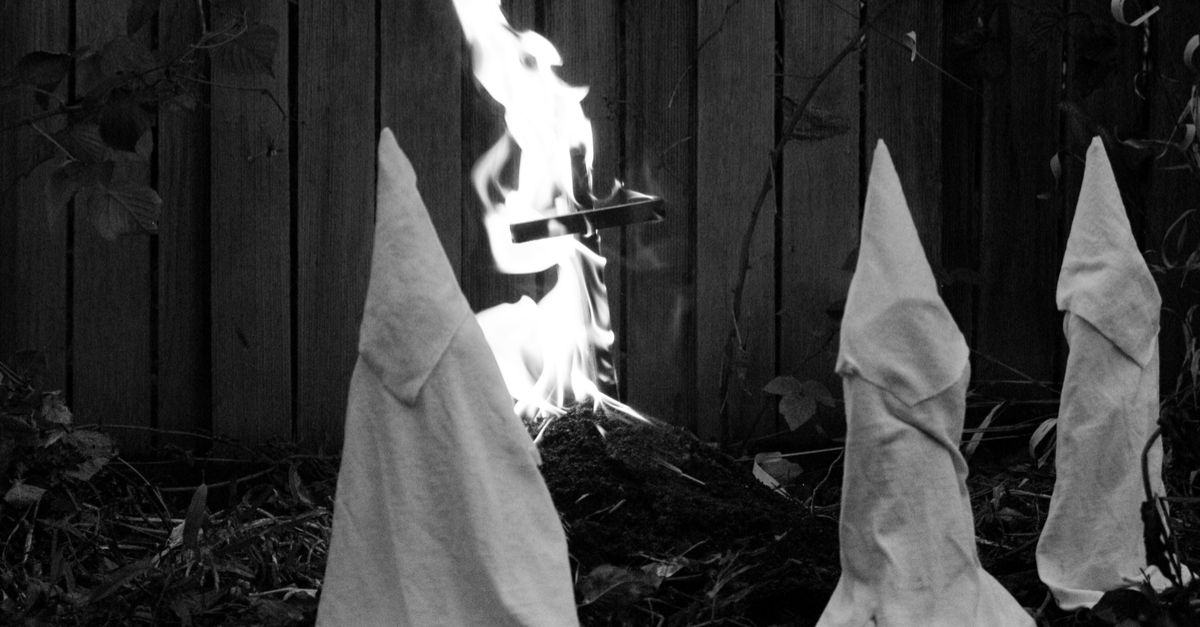 One might think of the following image, which apparently captures a Ku Klux Klan member (presumably the victim of a trauma) being treated by an all-black emergency room staff, as the flipside of familiar accounts of blacks dying from treatable injuries during the Jim Crow era of segregation because they were refused treatment at "whites-only" hospitals. In this photograph, however, the black ER staff doesn't turn the tables by refusing to treat a KKK member despite his membership in an organization dedicated to terrorizing them; instead, they diligently work at saving his life, the same as they would for any other patient: Despite many viewers' mistaking it for such, this photo was not a real historical image, nor was it a screen capture taken from an episode of the then-popular television hospital drama ER, (and the doctor shown in the center of the picture was not actor Eriq LaSalle, who portrayed surgeon Benton in that TV series).

The crease down the middle of the image gave it away as a picture scanned from a printed source, and indeed it photograph was a staged one created for a series of advertisements in Large magazine's "For people who think bigger than they are" ad campaign, which featured depictions of people acting nobly in the face of adverse circumstances: