Did Elvis Presley Have Jewish Ancestry?

The King of Rock and Roll was rumored to have a distant connection to Judaism. 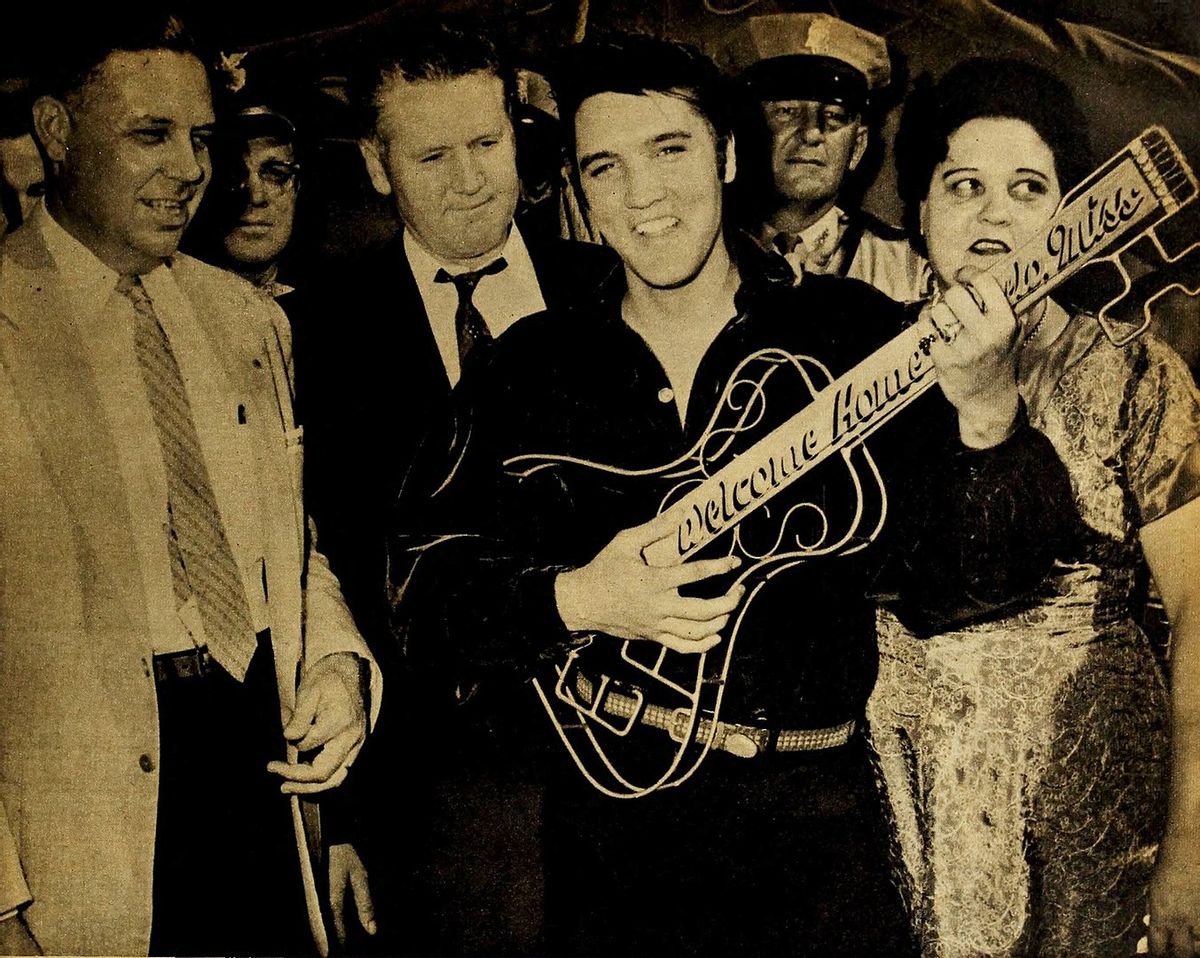 While one wouldn’t automatically associate Elvis Presley, King of Rock and Roll, with Judaism, questions about his connection to the faith have arisen often from our readers. We did some research, and learned that Presley indeed had a Jewish ancestor.

According to the biography “Elvis and Gladys” written by Elaine Dundy, a journalist and author, the connection came from his maternal side. The book — described as a “definitive” biography of the icon —recounted Elvis’ early life and his relationship with his mother Gladys, and also dove into her family origins.

The book describes the marriage in 1870 of Presley’s great-grandfather White Mansell to Martha Tackett, who was the daughter of Abner and Nancy J. Burdine Tackett. Burdine was of “particular interest” to Dundy: “According to Elvis’ third cousin Oscar Tackett (who shared the same ancestors Abner and Nancy), Nancy was Jewish. She and Abner had met as schoolmates in Tennessee. Again, names often tell a story and two of Martha’s brothers were given Jewish names, Sidney and Jerome.”

According to Max Wallace and Jonathan Goldstein, authors of "Schmelvis: In Search of Elvis Presley's Jewish Roots," Nancy Burdine “probably” came from a family that immigrated from Lithuania around the time of the American Revolution.

So Presley’s maternal great-great grandmother was Jewish, and this connection was acknowledged by Presley and his estate generations later in 1964. According to the website for Graceland, Presley's mansion, which features historical details about Gladys' gravestone:

Elvis' mother passed away on August 14, 1958, and was buried at Forest Hill Cemetery in Memphis. The cross statue with angels was placed in March 1959. This headstone, which features the Star of David to represent Gladys' Jewish heritage, was placed at her grave in December 1964. In October 1977, both Elvis and his mother were buried at the Meditation Garden at Graceland.

Presley himself attended the Assembly of God Church with his family in his early childhood, and was deeply impacted by the music he encountered there. He did not practice Judaism, even though a report on Haaretz, an Israeli news outlet, did claim him as Jewish thanks to his maternal ancestry.

Because some Jewish traditions consider the heritage to be passed down along the maternal line, Presley's purported Jewish lineage is arguably a matter of religious interpretation. The question of what counts as Jewish identity has been hotly debated before. The man certainly did not identify himself as Jewish based on publicly available knowledge.

Given that there is much historical evidence of his having a Jewish ancestor, we rate this claim as “True.”