Was the Body of an Elderly Homeless Man Identified as Elvis Presley?

Many homeless transients have been found living under freeway overpasses in San Diego, but was one of them really Elvis? 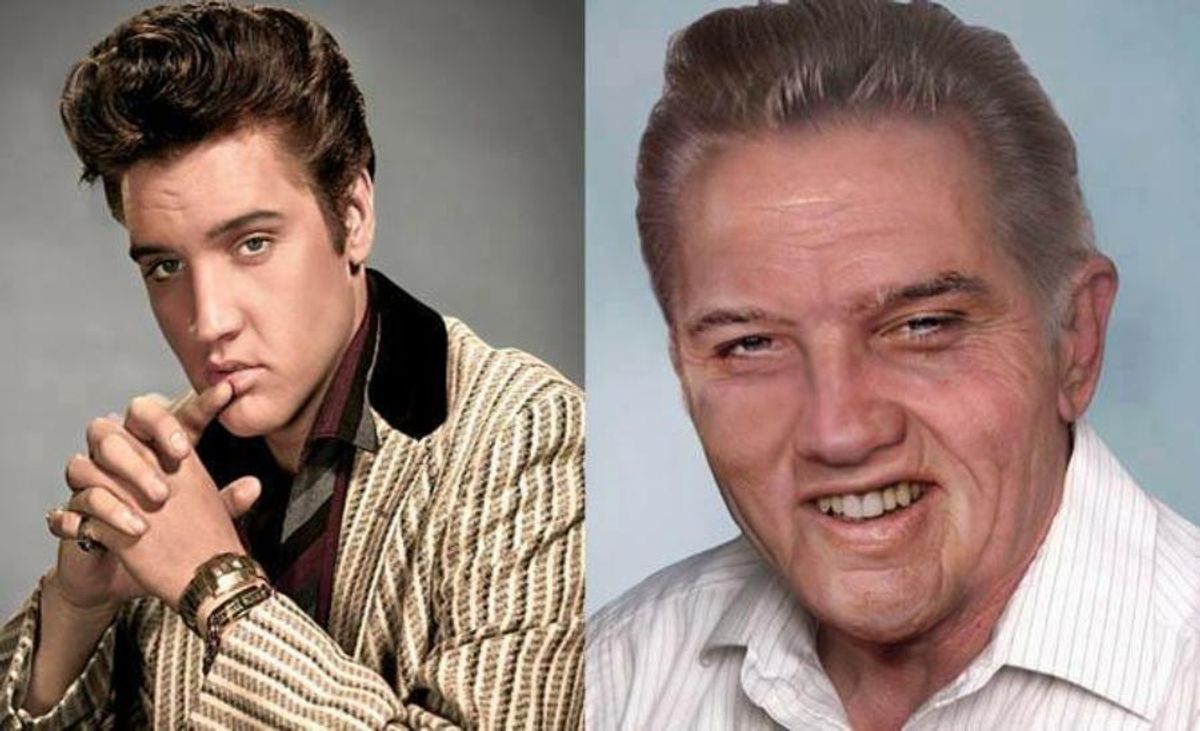 Claim:
The body of a homeless man found in San Diego has been identified as that of Elvis Presley.
Rating:

On 31 January 2015, entertainment web site EmpireNews.net published an article reporting that the body of a homeless man discovered in San Diego had been found through DNA testing to be that of singer Elvis Presley:

Earlier this month, an 80-year-old, homeless, white-bearded man was found deceased under an overpass in San Diego, California. Nobody knew the man's name, but friends referred to him as Jessie, so investigators decided to try DNA testing with hopes that something would pop up in the nationwide DNA database. What popped up on the computer screen in the high-tech lab stunned everyone. The DNA results of 'Jessie Doe' were an exact match to the one and only, Elvis Aaron Presley.

Lab technician Robert Brensdale said he and his lab assistant, Madeline Hedgespeth, laughed when the name popped up. "We thought somebody, somewhere, somehow in the system pulled the greatest and most elaborate prank on us ever, we both laughed with hysteria for about an hour," Brensdale told Jerry Hardin of the Hollywood Word, a new entertainment publication based out of Los Angeles.

Soon afterwards links and excerpts referencing this article were being circulated via social media, with many of those who encountered the item mistaking it for a genuine news article. However, the report was just a spoof of the ubiquitous "Elvis is alive" and "Elvis faked his death" rumors that have circulated ever since the singer passed away in August 1977, accompanied by an artificial rendering of what an elderly Elvis might look like.

The spoof was published by the Empire News, a site that issues nothing but fictional stories with titles such as "Cure for Cancer Discovered; 'Amazingly Simple' Says Researcher," and "College Student Excused from Classes After Dog Eats Grandmother," and "Woman Gives Birth, Confuses Doctors by Asking for Maternity Test."

The site's disclaimer notes that "Empire News is intended for entertainment purposes only."