Contrary to a fabricated tweet, the SpaceX CEO responded graciously to Trump's congratulations on the "American ingenuity" of the Falcon Heavy rocket. 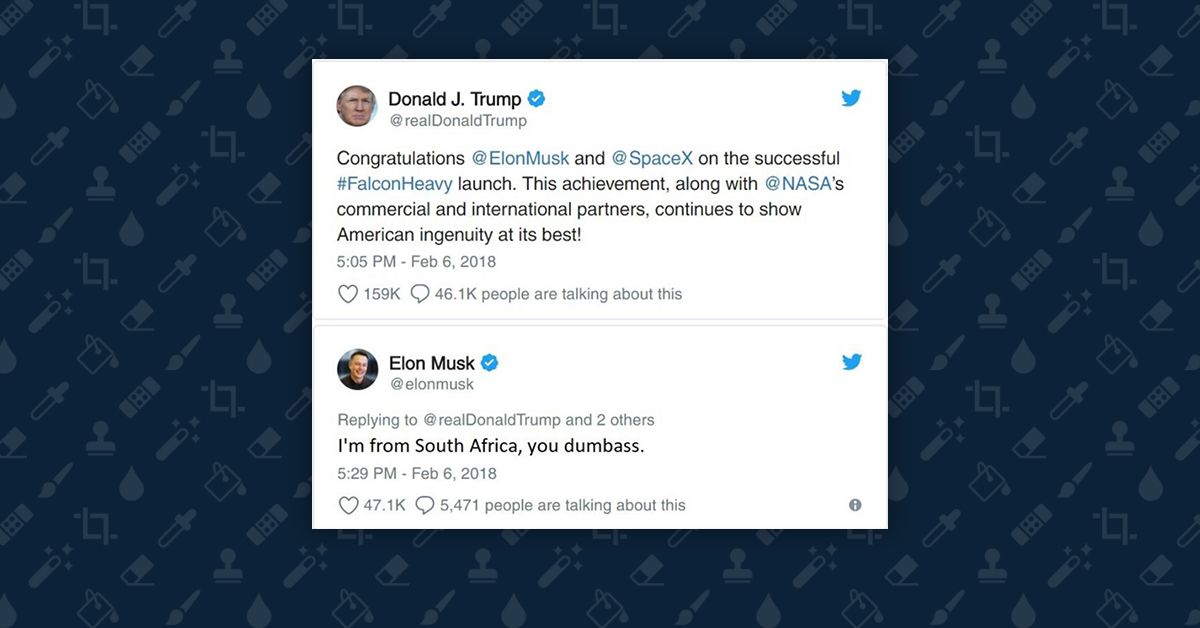 One of the biggest news stories in early 2018 was the ongoing negotiations between Congressional Democrats and the administration of President Donald Trump over his proposed border wall, and the fate of the "Dreamers,"  immigrants brought to the United States as children by parents who did not have legal immigration status, and who are thus caught in legal limbo.

Trump's alleged description of certain parts of the developing world as "shithole countries" has also brought into focus the contributions that immigrants make to American society, culture and in particular, scientific research and innovation.  In February 2018, this aspect of the ongoing immigration debate was brought to the fore when SpaceX launched its Falcon Heavy rocket into space.

A fabricated tweet spread online, appearing to show SpaceX founder Elon Musk, who was born in South Africa, calling the president a "dumbass" in response to Trump's praising the "American ingenuity" of the project. Musk did not send this tweet, and the image is a fabrication. In fact, Musk graciously accepted Trump's congratulations, in a tweeted response:

Thank you on behalf of SpaceX. An exciting future lies ahead!

Musk was born in South Africa and grew up there, but moved to Canada to attend university, something we have written about before. In 1992, he moved to the United States as a student, and settled in California three years later. Since 2002, Musk has been a citizen of the United States.

On 8 February 2018, the American Voter Facebook page shared the fake "dumbass" tweet, garnering more than 18,000 shares within a few days.