Is This Minnesota AG Keith Ellison with 'Antifa Handbook'? 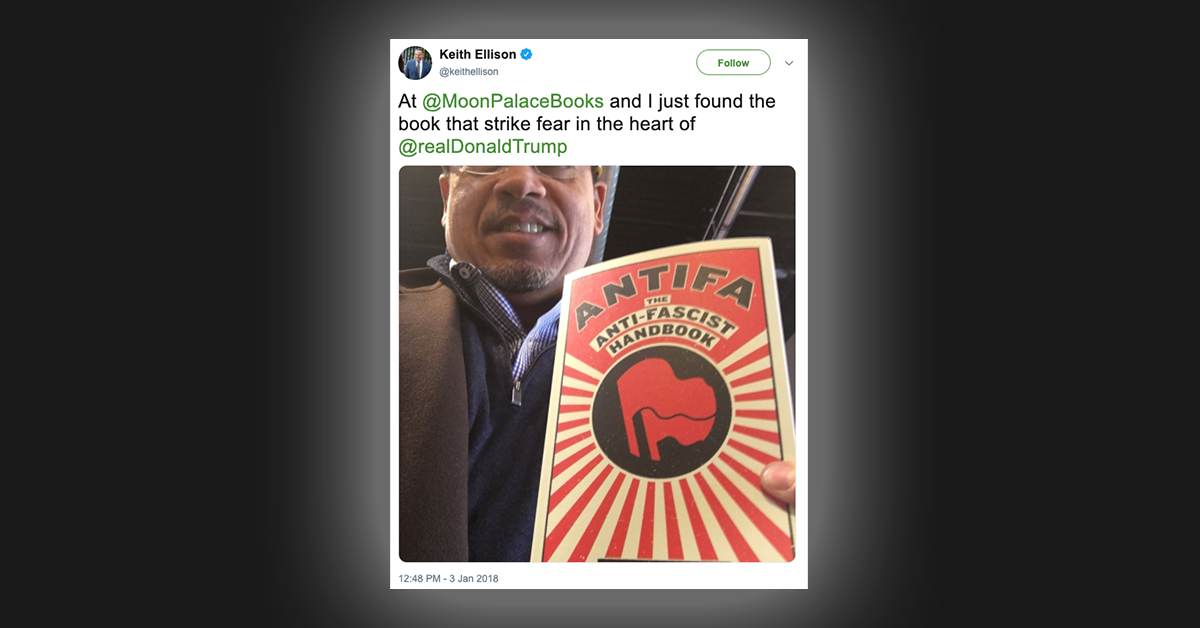 In late May 2020, demonstrations against police brutality and racial injustice spread rapidly across America following the death of George Floyd, an unarmed black man, in the custody of Minneapolis police officers. These events sometimes resulted in violent confrontations between police and the public. Breathless and false rumors about members of the far-left "antifa" movement being shipped around the country in buses to sow violence and discord in various major cities soon followed, elevating this diffuse movement to the level of a national boogeyman.

At the height of this panic, Deputy Director of Communications for the Trump 2020 Campaign Matt Wolking tweeted a screenshot of a tweet apparently from Minnesota Attorney General Keith Ellison — who is overseeing that state's response to the officers involved in Floyd's death — holding a copy of the book "Antifa: The Anti-Fascist Handbook" and joking that the book would "strike fear" into the heart of U.S. President Donald Trump: The tweet has since been deleted, but archived versions of it prove that the screenshot shared by Wolking is an authentic tweet from Jan. 3, 2018.

The book had been published just a few months prior by then-Dartmouth scholar Mark Bray, a former Occupy Wall Street activist and "historian of human rights, terrorism and political radicalism in Modern Europe." The book, as reviewed by The New Yorker, "is many things: the first English-language transnational history of Antifa, a how-to for would-be activists, and a record of advice from anti-Fascist organizers past and present."

It was also, once, photographed in the hands of Ellison.