A report that the Elevation Church had installed a water slide to speed up baptisms originated with a satirical site. 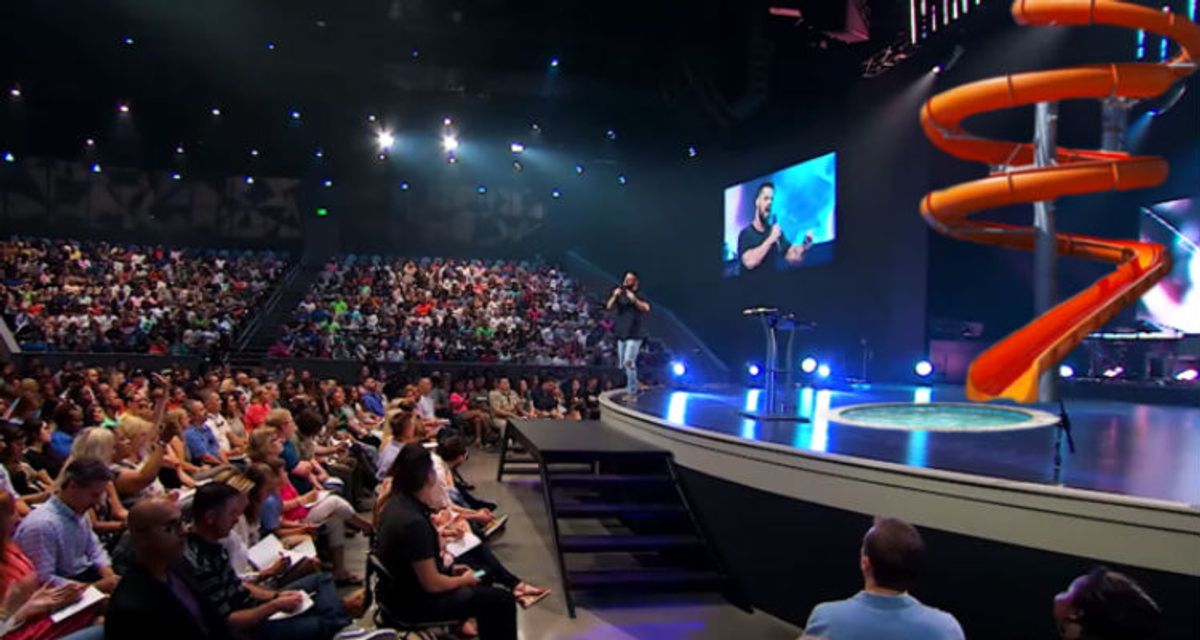 Claim:
The Elevation Church has installed a water slide to speed up baptisms.
Rating:

On 2 August 2016, the web site Babylon Bee published an article positing that the Elevation Church in North Carolina had installed a water slide to speed up baptisms:

Regular attenders of Elevation Church reported being surprised Sunday morning when they were directed to the “new balcony entrance” for seating.

“We normally get there early so we can sit as close to pastor Steven as possible,” Marie Dotwiler told reporters. “We were all like, ‘What’s going on?'” They did not have to wonder for long.

Pastor Steven Furtick took the stage under a single spotlight, and after some coy banter, he reportedly announced that it was “Baptism Sunday,” but that this was “not your Mama’s Baptism Sunday.” At this cue, a giant water slide, stretching from the balcony down to a small pool of water, was unveiled from behind a large curtain as the worship band began performing TLC’s 1994 hit “Waterfalls.”

While the Elevation Church is a real house of worship in North Carolina, that church does not feature a baptismal water slide. The above-referenced article is a spoof from the satire site Babylon Bee, self-described as "your trusted source for Christian news satire."

North Carolina's Elevation Church does frequently hold mass public baptisms and critics have accused the church of "Disneyfying" the religious service. But so far that "Disneyfication" has not extended to the addition of a water slide.