Do Elephants Think Humans Are 'Cute'?

A popular tweet posited a natural affinity between elephants and humans. 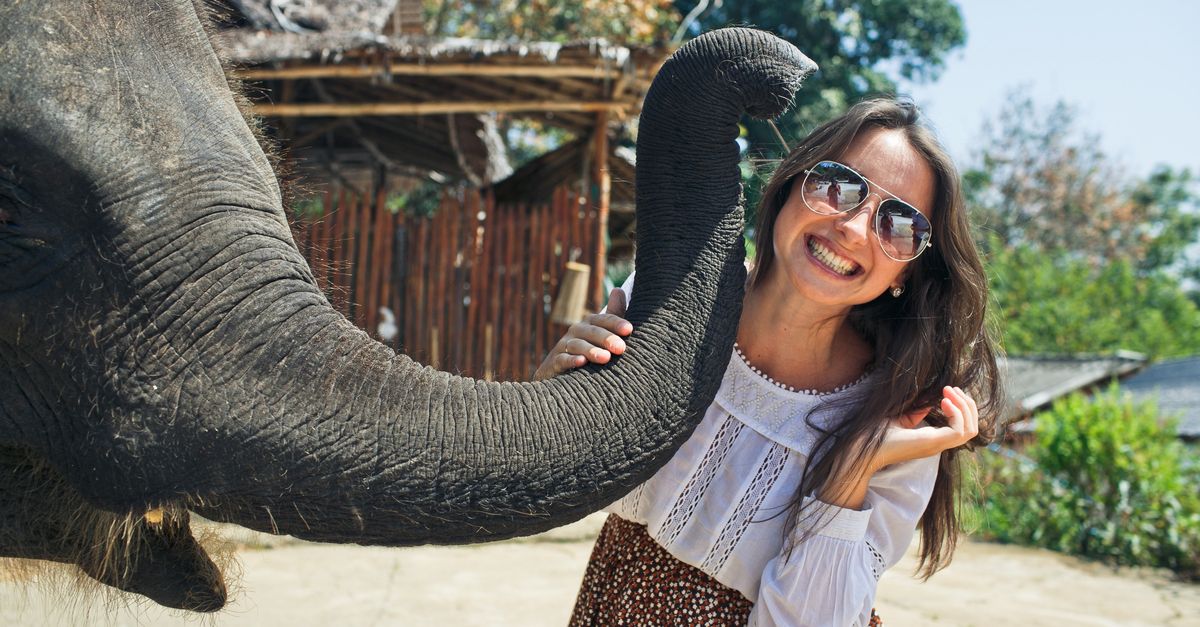 Claim:
Elephants think of humans as "cute," in the same manner that humans think of kittens or puppies.
Rating:

In December 2017, college student Julia Hass had an idea that turned out to be enormously popular when she posted that elephants evidently have a natural affinity for and affection toward human beings:

I just learned that elephants think humans are cute the way humans think puppies are cute (the same part of the brain lights up when they see us) so pack it in, nothing else this pure and good is happening today.

Hass, who does volunteer work as the social media coordinator for the American Gerbil Society, later clarified that she is not a scientist and based it off of a Google search. On 26 December 2017, Hass told us via e-mail that her search came in response to a Tumblr post: She told us that she realized the tweet was gaining traction when she began getting repeated phone notifications:

It was exhausting and anxiety-provoking and I had to mute everything pretty fast, so after the first thousand likes, I genuinely tuned out. Later that night I started getting alerts I was trending places, and my follows, which I thought would never break 1,000 in my wildest dreams, were breaking 1,500. Which was nuts. Then my friends started sending me screencaps from meme accounts like Men's Humor. And when I tried to tweet other things, innocuous things, hoping everything would go back to normal once people realized I was very, very boring, I was suddenly breaking 100 likes.

The tweet's spread was fueled by entertainment and content-aggregating web sites, which uncritically reposted it and reported Haas' remark as scientific fact. Hass told us she thinks the popularity of her tweet stems from people needing positivity during a time largely characterized by animus and conflict:

I saw a lot of comments that said stuff like "at least elephants think I'm cute" or "thank you, I needed this". I described this in an unrelated blog post as "the most pleasant going viral can be", and I stick by that. I haven't been harassed. No men tried to explain stuff to me in the replies, or have tried to explain stuff to me since (some kind of Christmas miracle record). No one's hit on me in DMs, threatened me, or been weird at all. Everyone's been quite lovely, actually. A few people have even helped me raise some money for charity, too, which is nice.

It is true that humans in parts of Asia have been able to tame elephants for thousands of years; as far back as 1997, the Food and Agriculture Organization of the United Nations described the relationship between elephants and humans as "quite strange":

While most of the domestic animals now most highly attuned to man (the dog, the cat, the water buffalo, etc.) have wild forebears which are largely untameable, many wild-caught elephants quickly and easily form intimate bonds with their keepers even though their wild temperament has never been modified through selective breeding. Some elephants form such warm and affectionate bonds with man as to deceive the observer into thinking that this animal must have been made truly domestic. Many other elephants in domesticity, however, remain unremittingly wild, hostile to man and ready to kill him at every chance. Clearly, a domesticated elephant is simply a wild animal in chains — but a wild animal frequently gentle and intelligent enough to be totally trustworthy as a baby-sitter to watch over human infants.

In a study published in April 2017, a team of researchers at the University of California-Davis reported variations in the types of interactions between elephants and humans at Knysna Elephant Park in West Cape, South Africa. The team recorded the ways a seven-elephant herd treated not only their handlers, but volunteers at the park and tourists. Lynette Hart, a professor at the UC Davis school of veterinary medicine and one of the report's authors, told us:

We found that tamed African elephants preferentially and favorably interact (and initiate these interactions) with humans with whom they have a special relationship. We don't know what elephants "think" about humans, but they appear to value certain relationships they have with certain humans. Elephants nonetheless can be extremely unpredictable in their behaviors to people.

Lair, Richard C.   "Gone Astray - The Care and Management of the Asian Elephant in Domesticity."     Food and Agriculture Organization of the United Nations.   October 1997.