Were These Electric Cars Abandoned Because Their Batteries Failed?

An anti-electric car post shows the results of a failed business model rather than a failed technology. 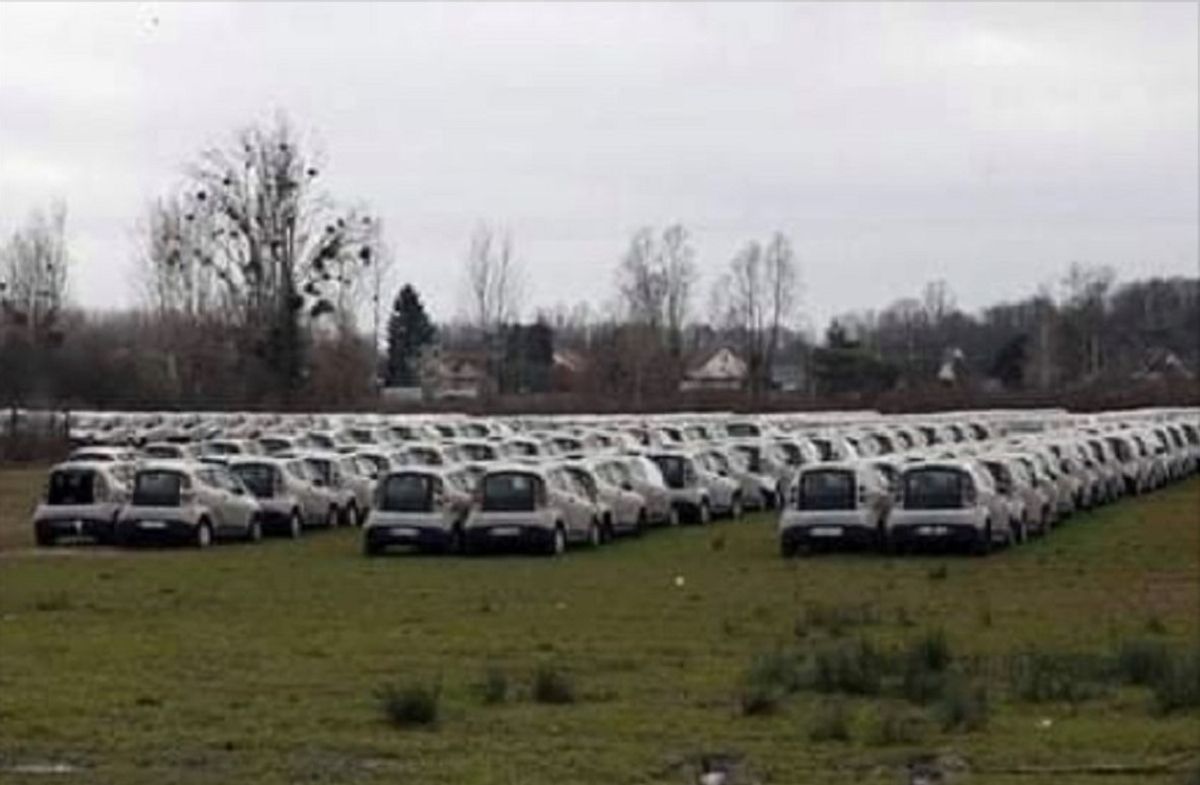 In 2021, social media users began circulating photographs purporting to show "electric powered cars in boneyard" near Paris, France, that supposedly housed hundreds of derelict electric vehicles, the automobiles supposedly having been abandoned and left to decay because their battery storage cells had "given out" and were too expensive to replace: Although the photographs are real; the accompanying description is misleading in multiple ways. This item is, in effect, an example of a failed business model rather than a failed technology.

Back in 2011, the Autolib program offered the service of providing thousands of electric vehicles in the Paris area under a car-sharing program. Subscribes to the service were able to use the any of the fleet of 4,000 BlueCar cars as they wished, paying a fee each time depending upon how long they used the vehicle. At its peak in 2016, the program boasted 110,000 subscribers.

However, Autolib slid from that peak into decline, due to a number of factors: Four thousand cars for over 100,000 subscribers meant many users were unable to find vehicles when they wanted them; users frequently left the cars dirty inside and damaged; and competition from ride-hailing apps such Uber eroded the customer base. By 2018, Autolib was running debts of tens of millions of euros and the program was discontinued in June of that year.

In the end, most of the BlueCars in better condition were purchased and re-sold to new users or scrapped for parts. But a private company eventually stored some of the cars in not-so-good condition in a lot in an industrial area near Romorantin in Loir-et-Cher, as seen above -- not because the vehicles' storage cells had failed, but because the Autolib car-sharing program proved not to be a viable long-term business model.

It is also not the case that the abandoned Autolib BlueCars' batteries are "draining toxins into the ground." As noted in reports on the subject, the batteries have been removed from the pictured vehicles:

Despite protests from the Bolloré group, the multinational had to evacuate the 4,000 unwanted autolibs from the Paris region and urgently store them. They were then sold in several batches and two companies now hold most of the remaining fleet: the Breton company Autopuzz, former subcontractor of Bolloré, which resells these vehicles throughout France, and the company Atis Production, whose manager Paul Aouizerate does not want to reveal his plans for the Autolib parked in Loir-et-Cher.

The businessman also regrets the publication of photos of his vehicles in early March, shared by a blogger passionate about electric cars, who was amazed at such a landscape. The images became widespread on Facebook and Twitter, with internet users questioning how these cars can be reused and wondering about the potential risk of soil pollution they pose.

“Our vehicles are properly stored. The firefighters are aware that the construction site is well organized. All batteries have been removed, [and] the connections are isolated” [said Paul Aouizerate, Atis Production Manager].