Does This Text Outline How to Subvert the Counting of Electoral Votes?

Rejecting state-certified electoral ballots is not as easy as some Trump supporters would have it. 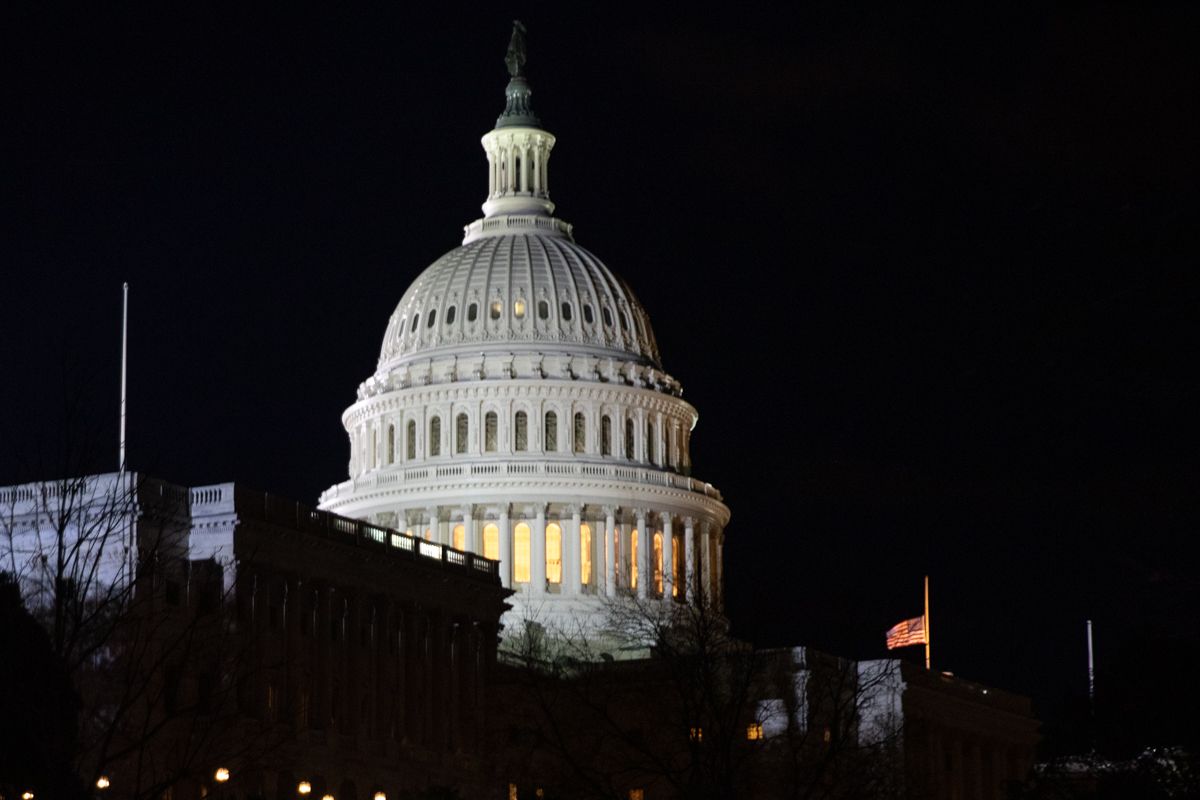 Claim:
A text outlines a process by which the U.S. Vice President and Republicans in Congress can subvert the counting of electoral votes.
Rating:

Congress can raise objections to state-certified electoral ballots during the process of officially counting those ballots.

After the electors from all the various states met and cast their votes on Dec. 14, 2020, thereby officially confirming Joe Biden as the next President of the United States, social media users began circulating a block of text purporting how Republicans in Congress could subvert the results of that vote.

Attributed to Jenna Ellis, a lawyer who represented U.S. President Donald Trump during his unsuccessful attempts to overturn the general election results, the text held that Republicans could raise -- and uphold -- objections during the joint session of Congress in January, which is convened to count the certified ballots submitted by the states:

Today, the electoral college votes will be sealed and sent by special carrier to Washington where they will remain sealed until January 6th when the House and Senate will come into a joint session to open the votes. The media is going to make you believe that it's all over and Joe Biden is now officially president...

On January 6th, Nancy Pelosi will sit down with the rest of the House members as she has no special power or authority over the hearing... Vice President Mike Pence will have all the authority as president of the Senate for that day and will accept or reject motions to decide the next steps by the assembly.

Remember... Mike Pence is in full authority that day as written in the Constitution. The ballots will be certified today but that means nothing... The votes will be opened and at that point one House member could, and most likely will, raise their hand to object to the Vice President on the state of elector's votes. That objection could cover fraud or any other reason, and with the seconding of that objection everything changes. Everything!!

The House and Senate will divide for two hours (at least) to debate, then vote. The vote will be per Senator with the Vice President being the deciding vote if needed in the Senate, while the vote in the House will be only be ONE vote per delegation, per state, not per House member!!! The Republicans have 30 delegation votes compared to the Democrats 20 delegation votes.

If this scenario runs true, President Trump gets re-elected. The Democrats, the media, social networks and globalists around the world will come unhinged and chaos will erupt. Bigly. President Trump is trying to do the right thing and go through the courts first, expose all the fraud, but we all knew that none of the courts, even the Supreme Court wanted to touch this issue with a 10-ft pole!

This is why our forefathers were so brilliant because they knew something like this could happen someday. So, don't listen to the media and all their deception and lies. All you have to do is read the Constitution and you know that the law, policies and procedures in the end are on our side. Tic Toc... Tic Toc...

It is true, in a broad sense, that during the joint session members of Congress can object to the counting of electoral votes from a given state, provided that the objection is endorsed by at least one member the House of Representatives and the Senate:

Provisions in 3 U.S.C. §15 include a procedure for making and acting on objections to the counting of one or more of the electoral votes from a state or the District of Columbia. When the certificate or equivalent paper from each state (or the District of Columbia) is read, “the President of the Senate shall call for objections, if any.” Any such objection must be presented in writing and must be signed by at least one Senator and one Representative. The objection “shall state clearly and concisely, and without argument, the ground thereof.... ”

If objections are properly raised, then the two Houses separately debate and vote on whether to accept or reject them:

However, the role played by Vice President Mike Pence (as the president of the Senate) in this process is largely ceremonial and formal, and he has no real discretion to determine the outcome. The vice president simply announces the roll call of states for their ballots to be counted, calls for any objections (as outlined above), presides over any debate related to objections, announces whether any objections were sustained, and ultimately declares the winner (if one of the candidates receives a majority of electoral votes).

More importantly, the text reproduced above errs in stating that the House votes on objections by state delegation, rather than by individual members -- a process that would provide a distinct advantage to Republicans, who are outnumbered in the House but control a majority of state delegations. That process is not used for this purpose, however. As outlined in the 12th Amendment, the House votes by state delegations to choose the president if no candidate receives a majority of electoral votes. But for the purpose of determining whether to uphold objections to the counting of electoral votes, the House votes as a body with individual members each casting a vote.

Only twice since the enactment of the Electoral Count Act of 1887 have these objection procedures been invoked; and in both cases, the objections were rejected and the electoral votes were counted as cast:

These procedures have been invoked twice since enactment of the 1887 law. The first was an instance of what has been called the “faithless elector” problem. In 1969, a Representative (James O’Hara of Michigan) and a Senator (Edmund S. Muskie of Maine) objected in writing to counting the vote of an elector from North Carolina who had been expected to cast his vote for Richard Nixon and Spiro Agnew, but who instead cast his vote for George Wallace and Curtis LeMay. Both chambers met and voted separately to reject the objection, so when the joint session resumed, the challenged electoral vote was counted as cast.

The second instance was related to reported voting irregularities in Ohio. In 2005, a Representative (Stephanie Tubbs Jones of Ohio) and a Senator (Barbara Boxer of California) objected in writing to the Ohio electoral votes. The chambers withdrew from the joint session to consider the objection, and the House and Senate each rejected the objection. When the House and Senate resumed the joint session, the electoral votes were counted as cast.