Is This Eisenhower's Antifa Membership Card?

As commander of the Allied forces in World War II, U.S. Gen. Dwight D. Eisenhower helped defeat fascism, but not like this. 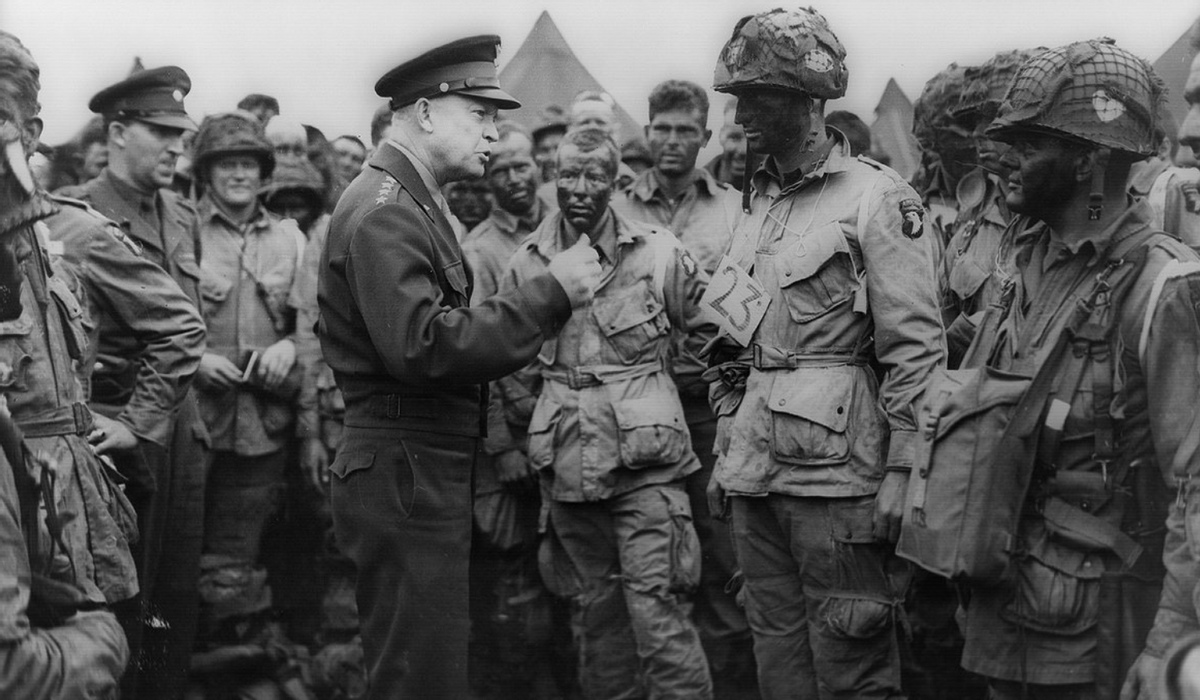 In late 2020, social media users shared an image mocked up to look like a membership card belonging to former U.S. President Dwight D. Eisenhower for the "Global Antifascism Initiative." This "antifa membership card" is fake. We could find no evidence that a group named "Global Antifascism Initiative" existed, much less one joined or founded by Eisenhower. The hoax meme may be a play on the fact that Eisenhower commanded Allied forces in Europe during World War II, which ultimately defeated fascist Axis powers led by Nazi Germany.

To be clear Eisenhower didn't originate or join the modern-day anti-fascist movement, known colloquially by the portmanteau "antifa." If it was founded by any one individual, that historical fact has been lost to time, as the antifa movement is a loose collection of local activists, not a structured, centralized organization.

Anti-fascist activists initially came on to the scene in Europe during the period between the First and Second World Wars. They challenged supporters of fascism directly in the streets in an effort to block fascists from accessing social and political power.

The contemporary antifa movement in the U.S. has its roots not with Eisenhower but in the punk rock scene of the 1980s, when activists took it upon themselves to protect performance spaces from a burgeoning neo-Nazi movement, either by blocking neo-Nazis from entering clubs or removing them by force. They may have been relegated to little more than a curiosity in music history had it not been for the political rise of U.S. President Donald Trump in 2015, at which time, as Vox reported, black and red flag-waving antifa activists emerged to counter right-wing extremism.

Trump’s victory was accompanied by the growth of a kind of more electorally minded white nationalist politics, an organized effort to win power and influence by riding the soon-to-be president’s coattails. This “alt-right,” personified by the supposedly “dapper” white nationalist Richard Spencer, organized online and staged increasingly public real-world demonstrations.

This is not something antifa could abide. Taking lessons from the forebears in the 1930s and 1980s, they started organizing to stop the modern far-right before it could really get started.

Antifa in 2020 is used as something of a right-wing boogeyman, invoked by Trump and various supporters of Trump as a scapegoat for civil unrest. The media profile of the group has been raised to the mainstream, thanks to their counterprotests during high-profile incidents like the 2017 Unite the Right white supremacist rally in Charlottesville, Virginia. But antifa's level of involvement in planning and carrying out violent street protests has generally been exaggerated.