Did Einstein Say He Believed in the Pantheistic God of Baruch Spinoza?

Einstein wasn’t afraid to question religion as critically as he did scientific theory. 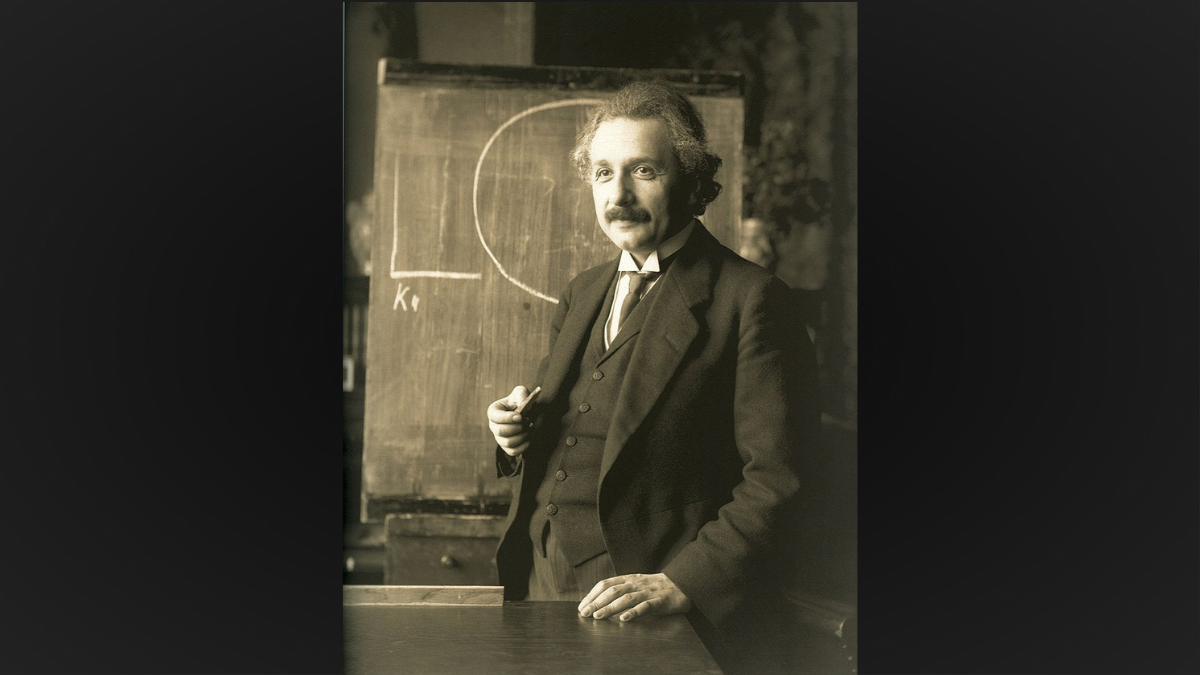 Albert Einstein during a lecture in Vienna in 1921. Creative Commons

Claim:
Albert Einstein said he believed in pantheism, a theological doctrine based on the work of 17th-century philosopher Baruch Spinoza.
Rating:

Throughout the course of his life, physicist Albert Einstein, the publisher of the theory of relativity, affirmed his belief in pantheism, a theological doctrine based on the work of 17th-century philosopher Baruch Spinoza.

When asked by the prominent American Rabbi Herbert S. Goldstein if Einstein believed in God in a telegram dated April 25, 1929, he responded that he followed a different doctrine.

“I believe in Spinoza’s God, who reveals Himself in the lawful harmony of the world, not in a God who concerns himself with the fate and the doings of mankind,” Einstein replied.

Generally speaking, pantheism identifies God with the universe or regards the universe as a manifestation of God. The worship is founded on the belief that everything is one and, in essence, admits and tolerates all gods.

“Just like the cells in our bodies, working together as a whole, everything is part of one infinite being. This eternal, single existence is The Living Universe,” states the Living Universe Church, which abides by the doctrine of pantheism, on its official website.

Einstein’s association with Spinoza and the pantheism went viral in December 2018 when the famed auction house Christie’s listed “The God Letter” as open for bidding on Dec. 4 and subsequently sold it for nearly $2.9 million. The celebrated letter was addressed to German Jewish philosopher Eric Gutkind in response to his third book, "Choose Life: The Biblical Call to Revolt," which is described by the auction house as having presented the Bible as a call to arms and argued that Judaism and Israel as incorruptible.

In the letter, written in 1954 shortly before Einstein's death the following year, the physicist outlined his “thoughts on religion, his Jewish identity, and his own search for meaning in life,” according to the auction page. In an abridged version of the letter, Einstein referenced Spinoza but did not refer to pantheism by name. He wrote:

... The word God is for me nothing more than the expression and product of human weaknesses, the Bible a collection of honorable, but still primitive legends which are nevertheless pretty childish. No interpretation no matter how subtle can (for me) change this. These subtilized interpretations are highly manifold according to their nature and have almost nothing to do with the original text. For me, the Jewish religion like all other religions is an incarnation of the most childish superstitions. And the Jewish people to whom I gladly belong and with whose mentality I have a deep affinity have no different quality for me than all other people. As far as my experience goes, they are also no better than other human groups, although they are protected from the worst cancers by a lack of power. Otherwise, I cannot see anything 'chosen' about them.

In general, I find it painful that you claim a privileged position and try to defend it by two walls of pride, an external one as a man and an internal one as a Jew. As a man you claim, so to speak, a dispensation from causality otherwise accepted, as a Jew the privilege of monotheism. But a limited causality is no longer a causality at all, as our wonderful Spinoza recognized with all incision, probably as the first one. And the animistic interpretations of the religions of nature are in principle not annulled by monopolization. With such walls, we can only attain a certain self-deception, but our moral efforts are not furthered by them. On the contrary.

Einstein was known to contemplate the many facets of religion and the concept of God, sometimes as critically as he did science. In a commentary published on Nov. 9, 1940, in the journal Nature aptly titled “Science and Religion,” the man of Jewish descent posited that he could not easily define the concept of religion, but noted fundamental similarities and differences between it and science.

“If one conceives of religion and science according to these definitions, then a conflict between them appears impossible. For science can only ascertain what is, but not what should be, and outside its domain value judgments of all kinds remain necessary,” he wrote.

“Religion, on the other hand, deals only with evaluations of human thought and action; it cannot justifiably speak of facts and relationships between facts."