Is This Picture of 'Edward's' Starbucks Order Real?

A picture posted on Twitter of a drink allegedly prepared for a customer named Edward went mega-viral. 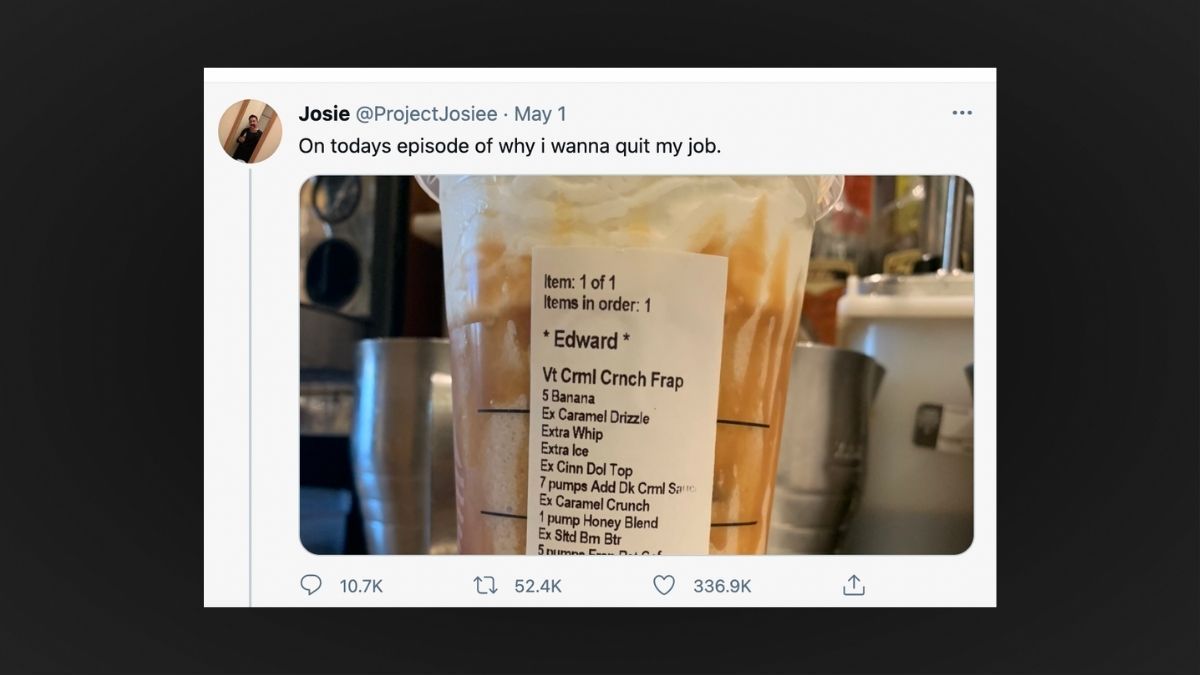 A picture of a Starbucks drink with a long list of ingredients went viral on social media in May 2021, prompting an outpouring of reactions and memes.

The picture appeared to show a Starbucks Caramel Ribbon Crunch Frappuccino drink — with a number of extra ingredients and instructions, ordered by a person named Edward.

The tweet, posted by a Twitter user who goes by @ProjectJosiee, must have touched a nerve, because as of this writing it has been shared and "liked" hundreds of thousands of times.

We reached out to the Twitter user via direct message to ask if they wished to comment about the picture, and also sent an email to Starbucks asking if the drink was real. We haven't gotten a response from either as of this writing, but will update if we do.

The tweet from the barista prompted humorous takes on the drink order:

Customizing beverages at Starbucks and our baristas’ expertise in helping customers find and craft the right beverage has and always will be the heart of the Starbucks Experience. There are many ways for customers to modify their favorite beverage at Starbucks and most customizations are reasonable requests from customers.

In cases where drink order customization physically defy what baristas can fit inside a cup, Starbucks instructs them to do their best, per WDTN.

We will update this article if and when we're able to confirm whether or not the photo shows an actual drink order at Starbucks.