Solar Eclipse in the South Pacific

A photograph purportedly showing a solar eclipse over the South Pacific is a composite image. 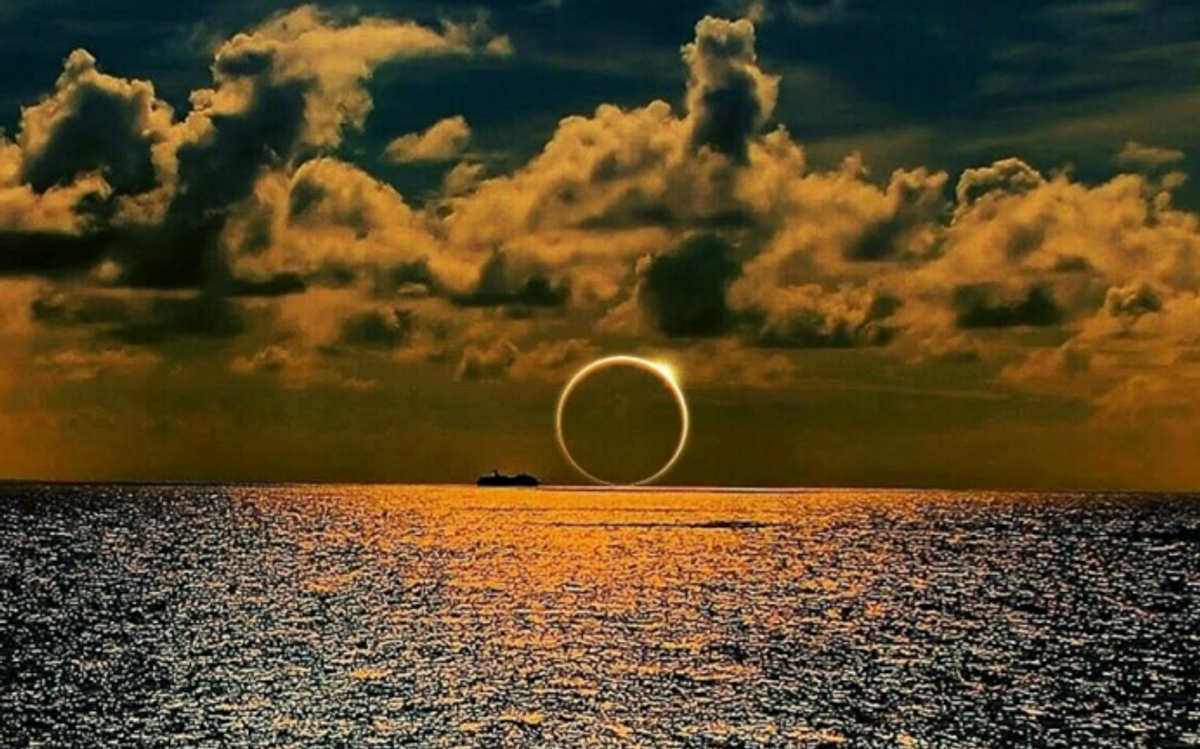 Claim:
A photograph show a solar eclipse over the ocean in the South Pacific.
Rating:

In March 2016, an image purportedly showing a solar eclipse over an ocean horizon (commonly said to be in the South Pacific) began circulating online: Numerous factors suggested that this image was not genuine. For starters, the sun and moon both appeared much larger in the sky than they would as viewed by a ground observer. Additionally, the eclipse appeared to be happening in front of the clouds seen here, even though the sun and moon are obviously much farther away than the Earth's cloud cover is.

A real annular eclipse (i.e., when the moon moves in front of the sun but does not cover the sun's disc completely) looks like this, as seen in a photograph posted by NASA in 2012: The "ocean eclipse" image is a composite of at least two different photographs. The ocean picture was posted to Flickr in 2009 by photographer Art Lewis (and although it has since been removed from Flickr, it is still widely available on various computer wallpaper sites: The composite image that added an eclipse to Art Lewis' ocean vista has been circulated on Tumblr since at least January 2015.