A fake news site leveraged recent tragedies to promulgate a falsehood about a DNC staffer killed in a "mysterious explosion." 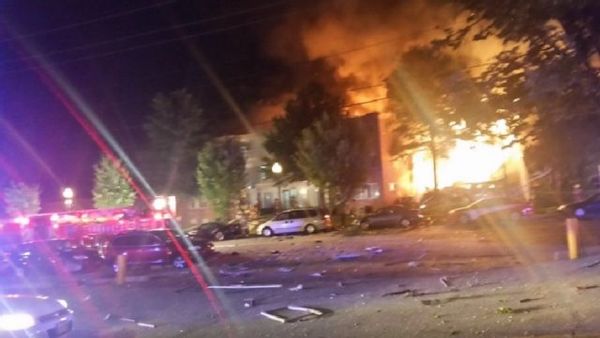 Claim:
A DNC staffer was killed in a "mysterious explosion" following the unsolved murder of a young man in Washington, D.C.
Rating:

On 11 August 2016 the web site Christian Times Newspaper published an article reporting that "YET ANOTHER DNC staffer" was killed in a "mysterious" explosion at a Maryland apartment complex:

Assistant Chief Russ Hamill of the Montgomery County Police told reporters Thursday that two bodies were found in the ruins and that the scene would be handled as a “death investigation.” The identity of one of the bodies has led some to speculate, especially following the revelations about murdered DNC staffer Seth Rich this week.

Immediately after the explosion, journalists and observers began to ask questions ... One source CTN spoke with said that 5 to 7 people are still considered to be missing, and it is believed that a long-time DNC staffer may be among the group.

“No bodies have been identified at this time,” the police chief told surrounding media. “It is very likely that DC staffers, including political types, live in this building.”

Eyes have turned to mysterious deaths surrounding DNC employees lately, with Julian Assange of Wikileaks offering a cash reward for Seth Rich, who was murdered in a northwest DC neighborhood early last month. Assange even went as far to say that Rich may have been Wikileaks’ source within the Democratic Party.

The story built upon an actual explosion in Silver Springs, Maryland, that killed two people, but the 10 August 2016 incident did not involve any DNC staffers.

The Christian Times Newspaper crafted a fabricated story connecting rumors about the real-life death of Democratic National Committee (DNC) staffer Seth Rich in Washington, D.C. (and other recent deaths of persons tenuously linked to Hillary Clinton) to an unrelated explosion in Maryland. Rich was gunned down on 10 July 2016, and the number of conspiracy theories surrounding his unsolved murder have compounded his family's grief.

The claim about a DNC staffer dying in a mysterious explosion wasn't the first fake Christian Times Newspaper story to achieve social media traction. Previous efforts from the site include claims Hillary Clinton described the death of the gorilla Harambe as a function of racism, and spread a rumor that hacker Guccifer died in his jail cell under mysterious cirumstances.