Does This Photograph Show an Eagle Cloud Over Jerusalem? 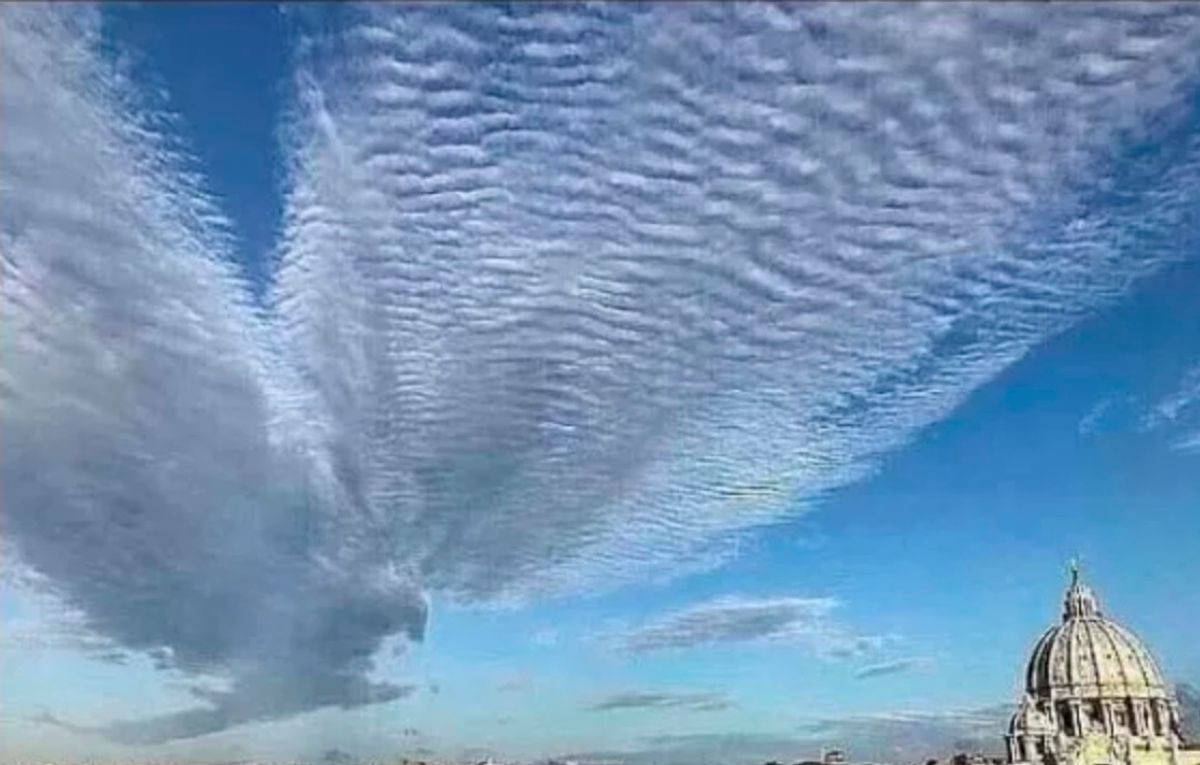 Claim:
A photograph shows a cloud resembling an eagle over Jerusalem in January 2019.
Rating:

An image supposedly showing a cloud resembling a giant eagle was posted to Facebook on 17 January 2019, along with the claim that the avian-like formation had recently been spotted in the skies over Jerusalem: This image, which was shared more than 175,000 times within a week of its initial posting, was already several years old and was not taken in Jerusalem. Although we can't say for certain that the image is 100% authentic, we can note that it's an example of pareidolia, a psychological phenomenon in which the mind detects a familiar pattern where none exists.

In August 2017, this same picture was shared on Reddit as if it showed the sky over Zacatecas, Mexico. That description was also inaccurate. We have not been able to identify the person who produced the original image. The earliest posting of it we could uncover was shared on the Latin American social media network Taringa in June 2017 with the caption (translated via Google): "How beautiful #diosidencia! The clouds form a bird in the sky above Rome, and to the right you can see the dome of St. Peter's Basilica, with the solemnity of Saints Peter and Paul!"