The children’s book author and artist is being scrutinized for a series of illustrations. 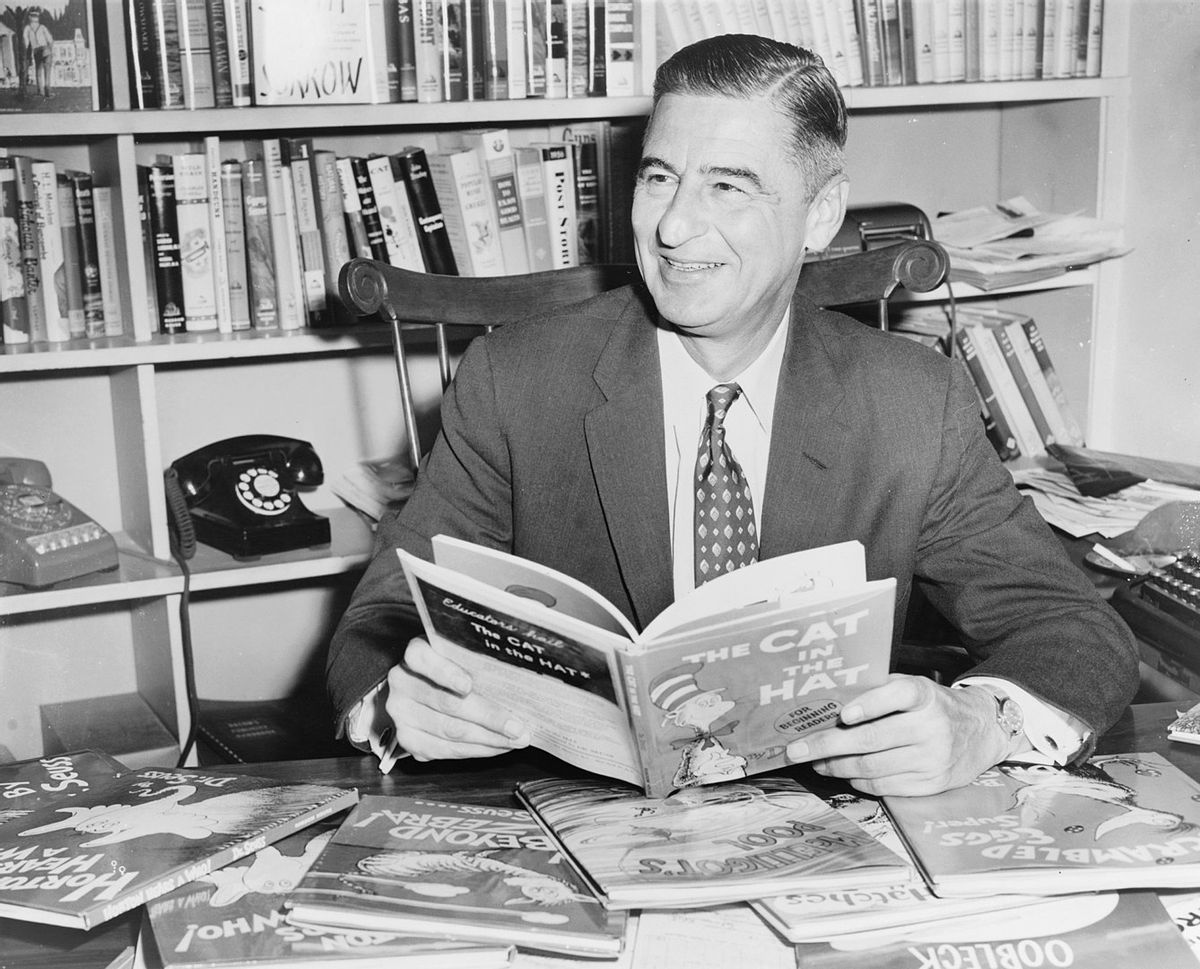 Claim:
Dr. Seuss, children’s book author and illustrator, made a number of cartoons with racist images of Black people — some of whom are in blackface.
Rating:

Theodor Seuss Geisel, or Dr. Seuss, was well known for children’s books like "The Lorax," which contained progressive messages about the environment and more.

But that legacy is under fire.

On Read Across America Day on March 2, 2021— which is also Dr. Seuss' birthday — the business that preserves his legacy announced that six of his children's books would no longer be published due to their offensive and racist content. Some schools also sought to de-emphasize studying his work on that day because of its racial undertones.

Dr. Seuss also had a history of creating cartoons featuring racist propaganda, and offensive caricatures of Black people, Asians, and Arabs. Twitter users shared the following cartoons of Black people depicted in an offensive and racist style. We learned that these were indeed created by Dr. Seuss around the time he was creating advertisements and comics as an illustrator.

The top two images portraying Black people in advertisements for Flit, a brand of insect repellant, were created between 1930 and 1940. They are available for download (here and here) in the University of California, San Diego’s digital library collection.

The cartoon portraying Black people for sale in a department store was made by Dr. Seuss in 1929 for “Judge” magazine, and was part of a larger comics panel titled, ''Cross-Section of The World's Most Prosperous Department Store.” The full comic is visible below. This particular comic was auctioned in 2015 by Los Angeles-based Nate D. Sanders Fine Autographs and Memorabilia, an auction house known for selling Hollywood memorabilia, and more. The auction house did not reveal the names of the seller or the buyer. Their website carried a more detailed description of the image:

Seuss got his start illustrating cartoons for ''Judge'' magazine from 1927-1938, drawing 225 cartoons for the satirical magazine, some of which had surprisingly racist content such as this one. Four panel color illustration entitled ''Cross-Section of The World's Most Prosperous Department Store'' features three panels which show men at a department store picking out various merchandise to make their lives more difficult, with the last frame containing a racial slur and crude depiction of African-Americans in blackface. Drawing is accompanied by original page from the issue of the magazine, affixed to verso.

Given that these are authenticated images from UC San Diego and a prominent auction house, we rate this claim as “True.”