Does the 'Don't Stream and Drive' Video Show a Real Car Crash?

The dangers of distracted driving are real and well documented, even without this video. 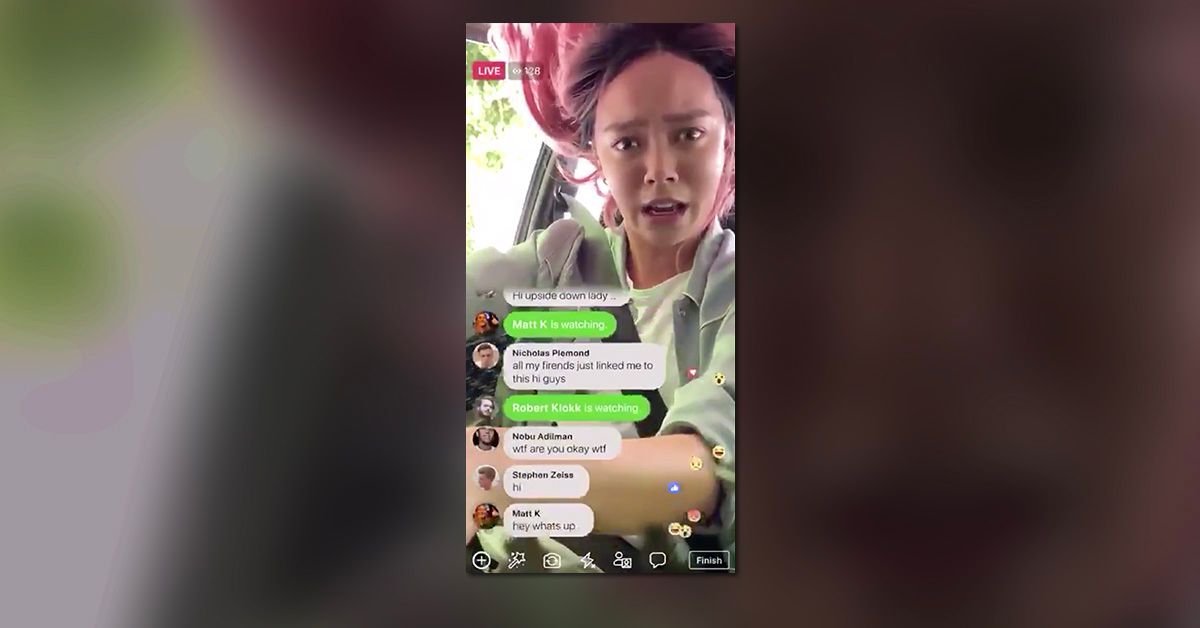 Claim:
A video shows a driver getting into a car crash during a Facebook live stream.
Rating:

On Sept. 4, 2019, a video supposedly showing a young women getting into a car accident during a live stream of herself while driving was widely shared on social media:

While this video may demonstrate the dangers of distracted driving, the footage doesn't feature a genuine car accident.

The above-displayed video is actually a clip from the new ABC web series "Content." The full episode can be viewed below. The car crash scene occurs around the seven-minute mark:

“The premise was: how do you take a conventional movie structure and put it on a phone? Then we developed it from there,” says executive producer for the ABC, Que Minh Luu.

The show is a comedy about a narcissistic millennial determined to become an online influencer, no matter what it takes – from keeping the camera rolling during a literal car crash (prescient, it turns out), to performing her first “mukbang”.

The high concept is that it unfolds in real time, entirely from the perspective of the protagonist’s smartphone.

Charlotte Nicdao, the actress who plays Lucy (the driver in the viral clip) in the show, tweeted about the clip going viral:

Daley Pearson, the co-director of "Content," told News.com.au that this clip was created and shared in an attempt to market the show. Pearson also added that this wasn't the only clip from "Content" the show hoped would go viral:

“It was a million dollar marketing strategy,” he said with a wink. “But we only spent $60 of that on a prepaid mobile voucher.

Pearson said the Content team was surprised that the clip did go viral but also confessed that there were many other clips from the show they tried to seed online.

“We’re not going to tell anyone which ones, they might pop up over the next few weeks.”