A fake news article reported that Donald Trump had named Sheriff Joe Arpaio his running mate for the 2016 election. 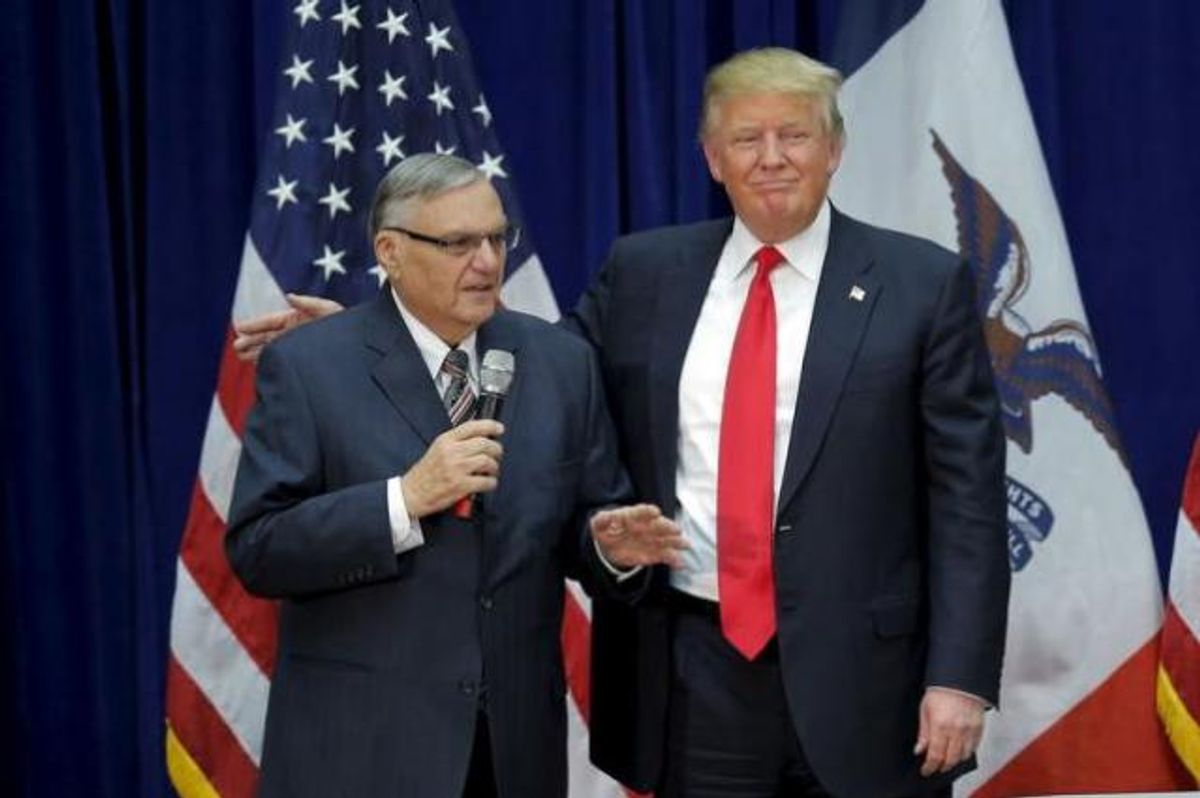 On 27 January 2016, the web site News Examiner (and its shill sites at nbc.com.co and abcnews.com.co) published an article reporting that GOP presidential candidate Donald Trump had named notorious Arizona sheriff Joe Arpaio as his running mate for the 2016 election:

On Tuesday, Sheriff Joe Arpaio officially endorsed Donald Trump for president. Early this morning, Trump shocked the country by announcing Arpaio as his pick for Vice Presidential running mate in 2016.

"I have great respect for Joe Arpaio," Trump told reporters. "Like me, he understands that we must restore law and order to the border and respect the men and women of our police forces. I thank him for his support of my policies and candidacy for President. He too knows that we can make America great again, and because of this, I am proud to announce Joe Arpaio as my Vice Presidential running mate. And just moments ago, I'm happy to report that Arpaio has accepted my offer. So it's now official; you will see a Trump-Arpaio ticket come this November."

There is no truth to this report, and its source, the News Examiner, is a well-known fake news web site that publishes fabricated, clickbait articles.

Many readers are probably familiar with the fake news nature of the News Examiner site, but some readers were duped into mistaking this item for genuine news because it was also published to News Examiner's shill sites at nbc.com.co and abcnews.com.co, which spoof the domain names of legitimate news organizations.

While Donald Trump has not named Arpaio (or anyone else) his running mate, the Arizona sheriff did recently endorse Trump as his personal presidential choice:

"Everything I believe in he's doing and he’s going to do it when he becomes president," Arpaio told reporters shortly after addressing hundreds of Trump supporters waiting in a high school gymnasium here. "I met Donald six months ago in Phoenix, introduced him then, 30 days back in Phoenix, introduced him then. It is my privilege and honor to help him, to endorse him today for president of the United States."