A tweet in which the U.S. President threatened to arrest the actor who has famously portrayed him on 'Saturday Night Live' is a fake. 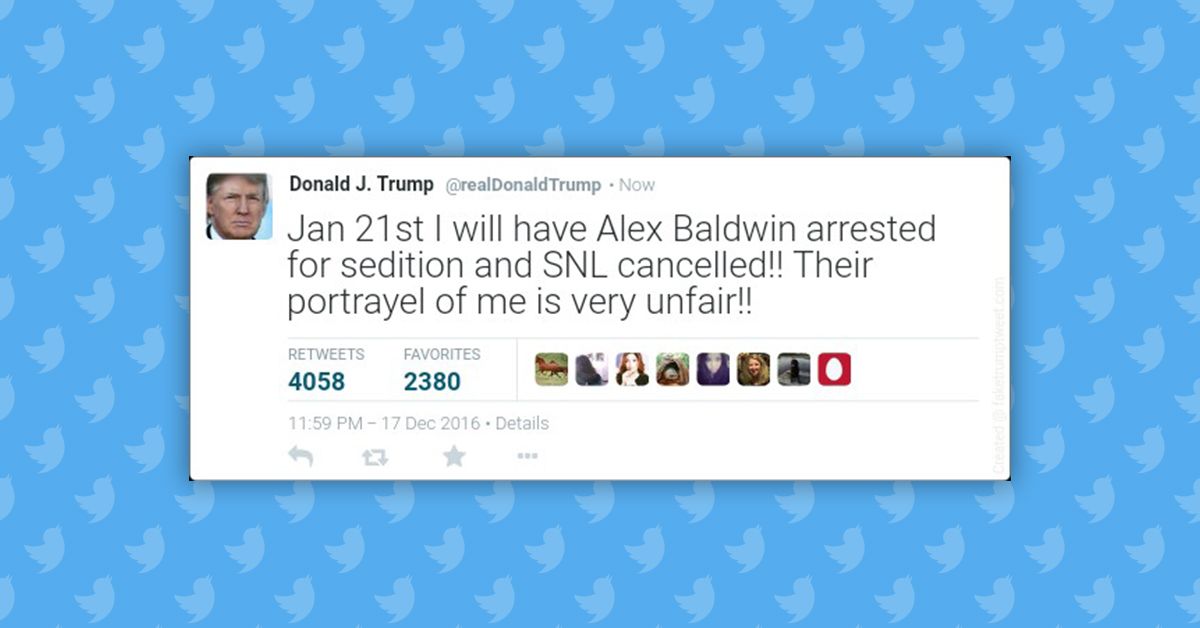 In December 2016, a screenshot purportedly showing a tweet sent by Donald Trump in which the President-elect threatened to arrest actor Alec Baldwin for sedition was circulated on social media:

The above-displayed message does not appear on timeline. While it's possible that the message could have been deleted, this is highly unlikely as the screenshot of the tweet supposedly indicates it had been retweeted 4058 times at that point, yet we were unable to uncover any links back to the original message.

A faint watermark on the right edge of this tweet states that the image was created with a web site called FakeTrumpTweet.com:

Furthermore, Trump's Twitter stream has been a consistent source of material for news reporters and pundits in 2016, and the disparaging comments Trump has directed at Saturday Night Live (SNL) and Alec Baldwin (who portrays him in SNL comedy sketches) of late have proved to be popular stories. Yet no legitimate news publication reported on this alleged tweet.

Finally, while Trump's Twitter account has presented some spelling errors, the President-elect most likely knows that the actor's name is "Alec Baldwin" and not "Alex Baldwin," as evidenced by other real Trump tweets about the actor: Donald Trump has criticized Alec Baldwin and Saturday Night Live for their portrayal of him, but he has not gone as far to proclaim that he will have the actor arrested for sedition.