Is This a Trump Supporter Wearing a "Bernie Sanders Is a Communist" Shirt?

Confused by mixed messages? There's good reason to be. 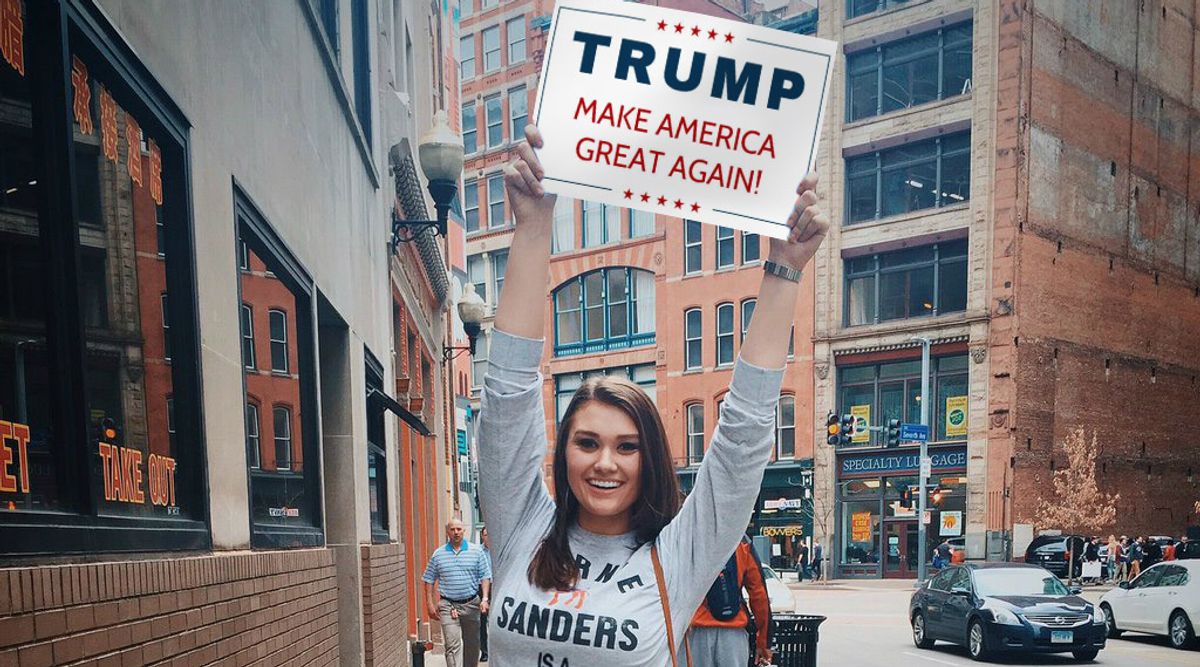 Claim:
A photograph shows a woman holding a Trump campaign sign and wearing a "Bernie Sanders Is a Communist" shirt.
Rating:

In April 2016, a photograph began circulating online purportedly showing a woman wearing a shirt bearing the statement "Bernie Sanders Is a Communist" while brandishing a Trump campaign sign with the slogan "Make America Great Again": This image was frequently shared as a genuine item on pro-Donald Trump forums such as the r/TheDonald subsection of Reddit, but it was a digitally manipulated creation. One indication of that manipulation is that the lettering stays uniform where the shirt wrinkles instead of bending with the cloth:

The earliest version of this picture we uncovered was posted on 1 April 2016 to the Monolith of Dreams Tumblr page, which frequently posts pro-Trump material.  While we were not able to locate the exact source of the image, another photograph of the same woman shows her holding a Bernie Sanders sign and wearing a Bernie Sanders shirt: