Donald Trump's 'The Art of the Deal' says that he punched out his music teacher because he 'didn't think he knew anything about music.' 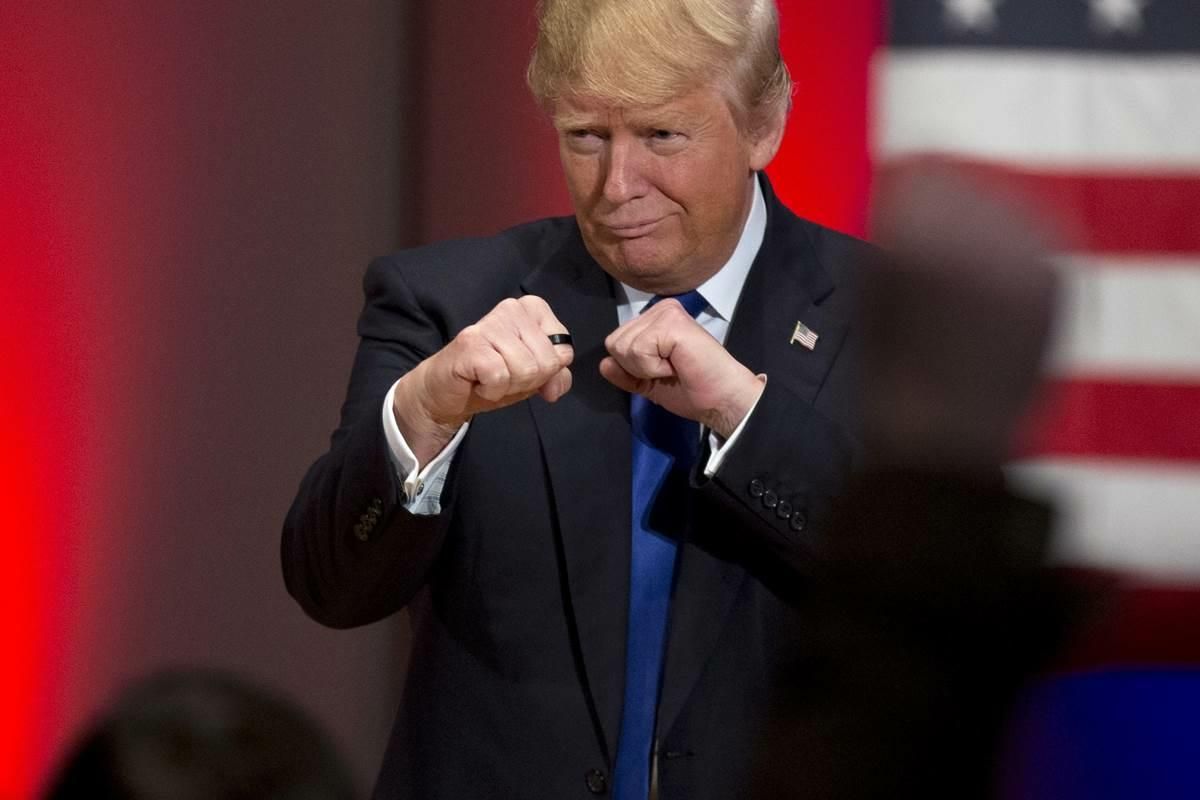 Claim:
Donald Trump wrote in 'The Art of the Deal' that he punched out his second grade music teacher.
Rating:

Donald Trump's 'The Art of the Deal' says that he punched out his second grade music teacher and gave him a black eye because he 'didn't think he knew anything about music.'

A statement ostensibly written by Republican presidential nominee Donald Trump in his 1987 book The Art of the Deal is frequently circulated on social media, recalling an incident in which a young Trump allegedly punched his music teacher:

I actually gave a teacher a black eye. I punched my music teacher because I didn't think he knew anything about music ... Even early on I had a tendency to stand up and make my opinions known in a forceful way.

This passage does appear in The Art of the Deal, although it's missing the sentenced immediately preceding and following it:

Even in elementary school, I was a very assertive, aggressive kid. In the second grade I actually gave a teacher a black eye. I punched my music teacher because I didn't think he knew anything about music and I almost got expelled. I'm not proud of that, but it's clear evidence that even early on I had a tendency to stand up and make my opinions known in a forceful way. The difference now is that I like to use my brain instead of my fists.

Whether this passage describes an actual event from Donald Trump's childhood is doubtful. While the GOP candidate reportedly got into trouble as a child and has often talked about how he loved to fight in his youth, some skeptics have cast doubt on his story about his giving his second grade teacher a black eye, and even Trump himself has since backpedaled on it:

In his memoir, “The Art of the Deal,” Trump wrote that his main focus as a youngster was “creating mischief.” As a second-grader, he wrote, he “actually” gave his music teacher a black eye because “I didn’t think he knew anything about music, and I almost got expelled.”

None of Trump’s childhood friends recall the incident or Donald talking about it then. Asked about the punch recently, Trump said, “When I say ‘punch,’ when you’re that age, nobody punches very hard.”

At a 2009 reunion, [classmate Donald] Kass said, the teacher, Charles Walker, told him that Trump had never struck him.

Additionally, The Art of the Deal was not actually authored by Donald Trump, but by a hired ghostwriter, Tony Schwartz, who observed afterwards that Trump was often untruthful and "seemed to remember almost nothing of his youth":

For the book, Trump needed to provide [Schwartz] with sustained, thoughtful recollections. He asked Trump to describe his childhood in detail. After sitting for only a few minutes in his suit and tie, Trump became impatient and irritable. He looked fidgety, Schwartz recalls, “like a kindergartner who can’t sit still in a classroom.” Even when Schwartz pressed him, Trump seemed to remember almost nothing of his youth, and made it clear that he was bored. Far more quickly than Schwartz had expected, Trump ended the meeting.

Week after week, the pattern repeated itself. Schwartz tried to limit the sessions to smaller increments of time, but Trump’s contributions remained oddly truncated and superficial.

Lying is second nature to him,” Schwartz said. “More than anyone else I have ever met, Trump has the ability to convince himself that whatever he is saying at any given moment is true, or sort of true, or at least ought to be true."

Donald Trump the art of the deal
Read More