Was Donald Trump's IQ Measured at 73? 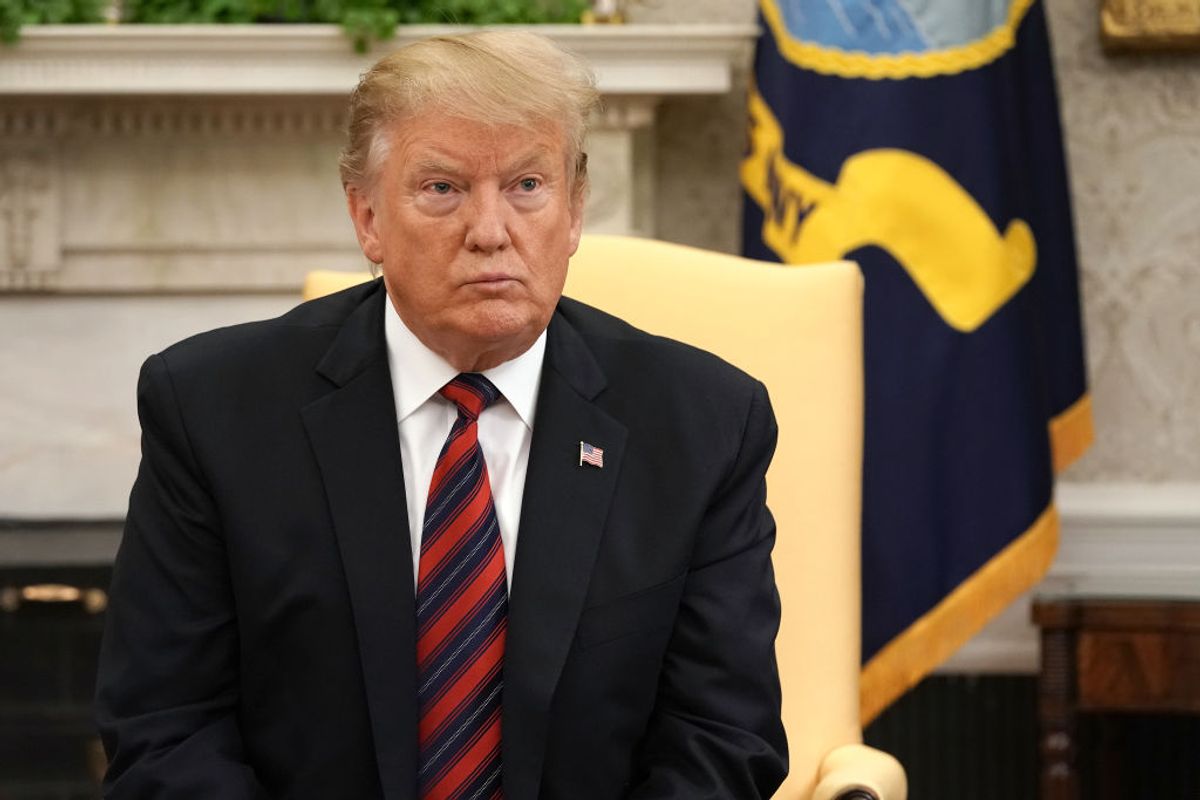 Claim:
A document discovered in May 2019 reveals that Donald Trump's IQ was measured at 73 during his high school years.
Rating:

The IQ of U.S. President Donald Trump has been a subject of speculation since the early days of the 2016 presidential election cycle. During that campaign, for example, we investigated a false rumor that Trump had the second highest IQ (156) of all presidents in U.S. history. In May 2019, we encountered a rumor claiming the opposite: that Trump's IQ was a lowly 73 (placing him in the "well below average" classification).

This rumor circulated in the form of an image that showed a purported newspaper clipping about the recent discovery of information regarding an IQ test Trump allegedly took during his first year at New York Military Academy (NYMA): The results of an IQ test that President Donald Trump allegedly took during his first year at New York Military Academy have been discovered in a file box in a closet in Brooklyn. According to the test results, Trump's IQ is 73.

The document, currently in the process of being authenticated, was discovered Thursday by William Askew, Jr. as he was cleaning out his late father's apartment.

"Dad was the school counselor at NYMA from 1955 to 1985. He didn't administer these tests, but he was in charge of collecting them and sending them to the grading office," said Askew.

Askew produced additional documents and photographs that confirm his father was indeed employed as school counselor at NYMA at the same time Trump attended the military prep school.

"I don't think this should be news to anybody," said Askew. "The guy's clearly a total moron."

However, this image was not, and did not reflect, a genuine newspaper clipping.

While we aren't entirely sure where this story originated, we turned up no mention of it on any credible news website. In fact, we couldn't find the story published anywhere. The only version that appears to exist is the image version shown above. In other words, it appears that this story was fabricated specifically for the creation of this meme.

Furthermore, the images included in the fake clipping do not show a man by the name of "William Askew Jr." or Askew's late father, who was supposedly Trump's former school counselor.

The photograph claimed to be that of Askew Jr. was taken from a stock photography website: The image is available via the Grand Forks Central High School website, where it is presented with the following caption: 1950 Principal Hanson: Mr. Lawrence W. Hanson's first year as principal at Central was the 1949-1950 school year. It was Mr. Hanson's responsibility to see that Central maintained high standards of education. Mr. Hanson had been the principal at Central Junior High School from 1942-1949 before taking over at the high school. He carried the responsibility of managing Central - one of North Dakota's largest schools.

Whoever cobbled this meme together included two photographs in an attempt to lend this story a bit more credence. However, what these unrelated images show is that the meme is nothing more than junk news aimed at disparaging President Trump.

While Trump has chastised his political opponents for being what he called "low-IQ individuals" and has frequently boasted about having a high IQ himself, he has provided no documentation of his own IQ score. While we may not know what Trump's actual IQ score is, neither does the creator of this meme.