Donald Trump controversially observed that he could shoot an individual on a widely trafficked New York City street and not "lose one voter." 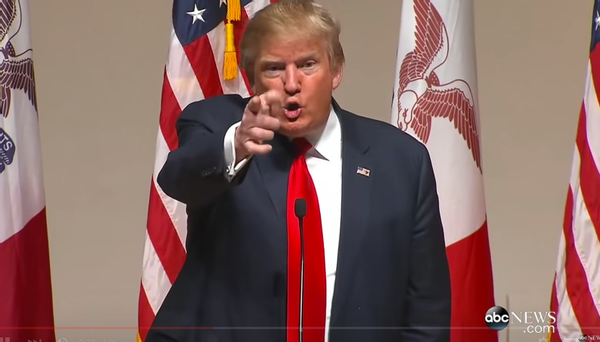 Claim:
Donald Trump claimed he could "stand in the middle of Fifth Avenue and shoot somebody" and not "lose any voters."
Rating:

On 23 January 2016, presidential candidate Donald Trump caused controversy when he stated the following during a campaign rally in Iowa:

I could stand in the middle of 5th Avenue and shoot somebody and I wouldn't lose voters.

The comment was part of a larger point Trump was making about the loyalty of his voting base:

Although the excerpted remark was widely reproduced in an accurate fashion, the broader context of Trump's comments was generally absent in news and social media reports. On 23 January 2016, Mother Jones published an article that consisted of a looping Vine clip of the singular remark, along with the following text:

"I could stand in the middle of 5th Avenue and shoot somebody and wouldn't lose any voters, ok? It's, like, incredible." — Donald Trump, who is currently the frontrunner for the Republican nomination for president, insulting the intelligence of his own supporters.

A longer version of the clip was available by clicking the provided link, but the Vine version elided the larger context of Trump's comments. Gawker filed a post on the issue that reported:

In an effort to demonstrate how dedicated his supporters are, Trump said at a rally at Dordt College in Iowa on Friday that even if he were to shoot someone, his voters would still support him[.]

Other outlets and users shared the same excerpt, primarily without any additional context:

Donald J. Trump has made no secret of his confidence in his latest speech. He said he could 'shoot somebody' and still not lose voters. STORY: https://yhoo.it/1PqSiLV #7News

Confident Trump says could 'shoot somebody' and not lose voters https://t.co/fEAwWUnb78 pic.twitter.com/woD1hwCl9x

It's true that Trump made the "shoot somebody on Fifth Avenue" remark widely attributed to him across standard and social media sites. However, the (somewhat clumsy and crass) comment also generally appeared absent of its broader context, which pertained to the loyalty of his followers, and not an actual desire, intent, or interest in shooting any individuals for the sole reason that he believed it would have no effect on his popularity.