Donald Trump Bashes Jesus, Says He Can Save America?

An article reporting that Donald Trump had badmouthed Jesus originated from a satire site. 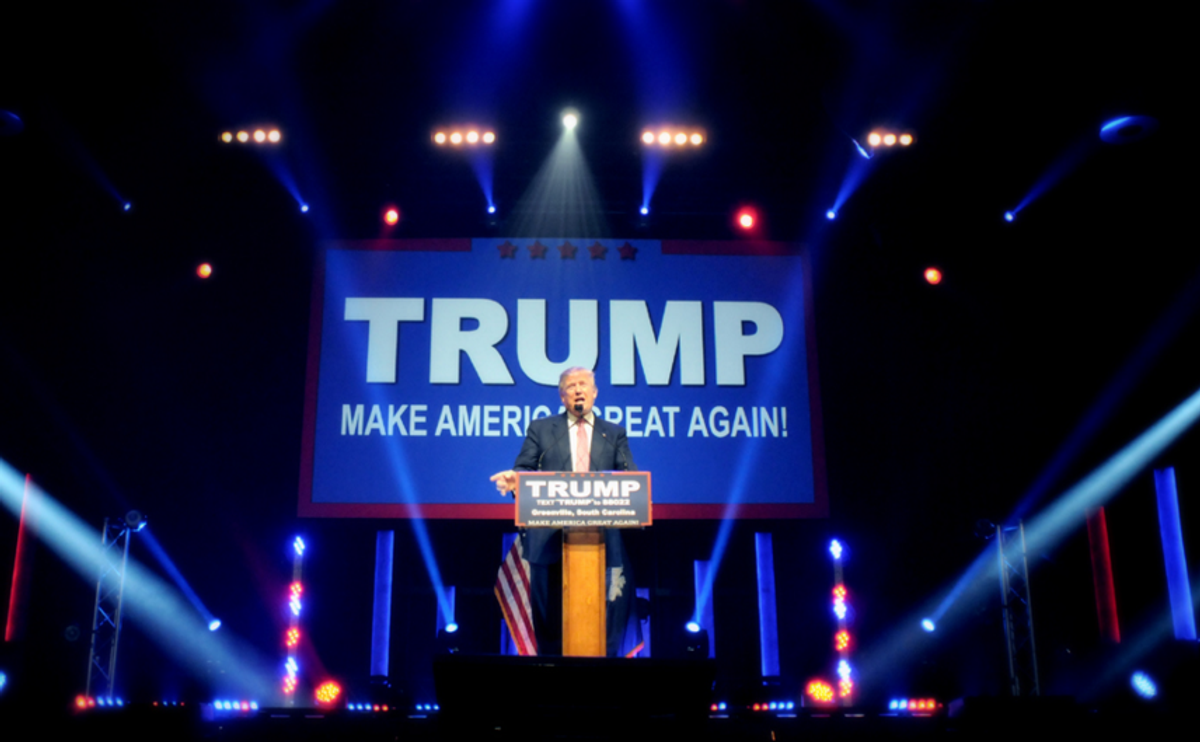 Claim:
Donald Trump bashed Jesus, saying that he could save America without some "silly cross."
Rating:

On 30 December 2015, the entertainment web site Free Wood Post published a fake news article claiming that Donald Trump had badmouthed Jesus, saying that he could "save" America without some "silly cross":

This is not a real quote from Donald Trump.  Free Wood Post is an entertainment publication that does not publish factual news stories:

This isn't the first time that a satirical fake news web site attempted to frame Donald Trump as a person who believes that he is more popular than Jesus. In August 2015, the humor web site The Good Lord Above published a fictitious story in which Trump called Jesus a "socialist loser."

However, Trump has shared thoughts about his beliefs in the past.  In a September 2015 interview with the Christian Broadcasting Network, he told the interviewer:

Well, I say God is the ultimate. You know you look at this? Here we are on the Pacific Ocean. How did I ever own this? I bought it fifteen years ago. I made one of the great deals they say ever. I have no more mortgage on it as I will certify and represent to you. And I was able to buy this and make a great deal. That’s what I want to do for the country. Make great deals. We have to, we have to bring it back, but God is the ultimate. I mean God created this (points to his golf course and nature surrounding it), and here’s the Pacific Ocean right behind us. So nobody, no thing, no there’s nothing like God.