Did Trump Meet with 30 Men in Congress to Discuss Maternity Care? 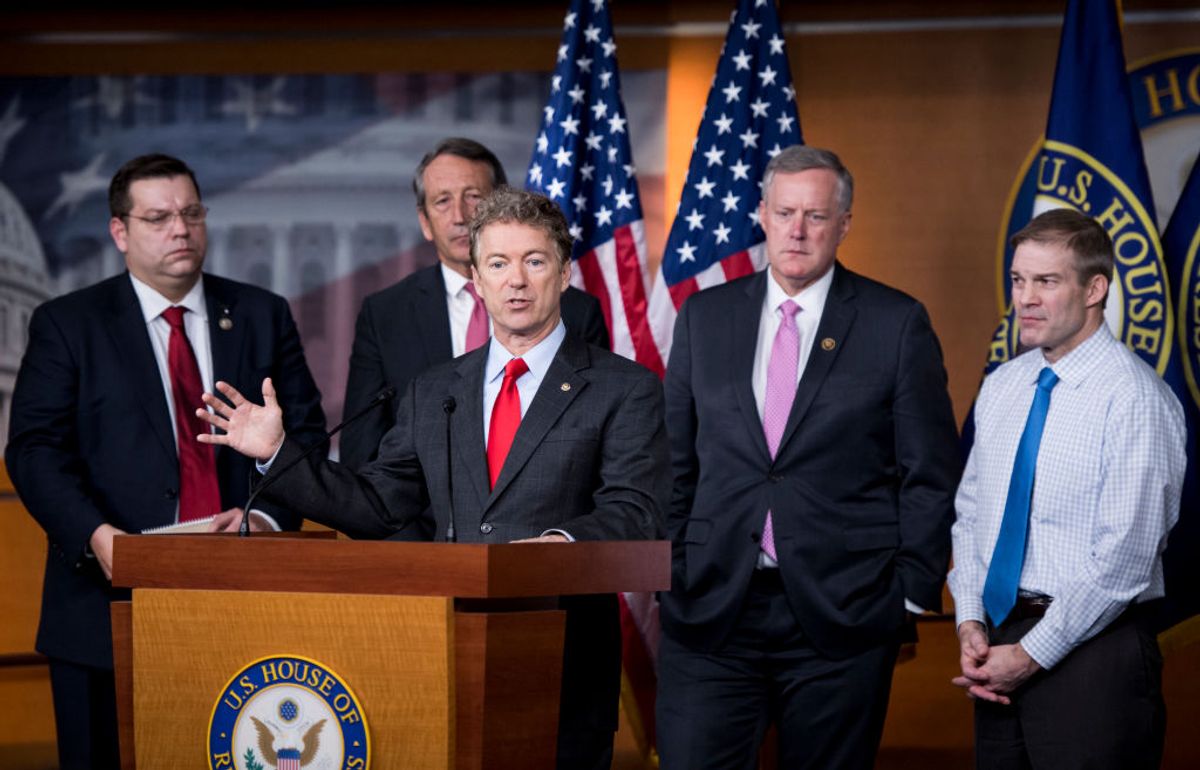 Pence had shared the photograph immediately after participating in that meeting two years earlier:

Appreciated joining @POTUS for meeting with the Freedom Caucus again today. This is it. #PassTheBill pic.twitter.com/XG6lQIy5a6

The image was authentic, albeit dated. The all-male group convened at the White House on 23 March 2017 to discuss stripping away coverage known as "essential benefits" mandated by the existing the Affordable Care Act (ACA or "Obamacare"), which was passed during the administration of Trump's predecessor. Those benefits included coverage for pregnancy, maternity, and newborn care.

While Trumpcare failed to pass the Senate and never became law, it prompted anger at the time because removing an essential benefit coverage mandated by existing law would have driven up health care costs for women, as news outlets such as the Guardian reported:

Before Obamacare, insurance companies in most states offered two plans, one without prenatal and maternity benefits, and one plan with those benefits that charged much higher premiums. Only 38% of people in the individual markets had a plan with maternity coverage.

A repeal of the essential benefits would allow insurance carriers to once again sell two separate plans, with premiums up to 70% higher for women purchasing maternity coverage, according to one independent analysis by the actuarial firm Milliman. Women, they estimate, could face out-of-pocket costs of around $15,000 if they were to become pregnant and give birth without coverage.

The resharing of the photograph two years after the fact showed that the women whose prenatal and maternity benefits would have been directly affected had Trumpcare passed were no less angry about the proposal in 2019 than when it was touted by the all-male Freedom Caucus in 2017.