Donald Trump's ancestors changed the family surname from "Drumpf" to "Trump," but the timing of that change isn't clear. 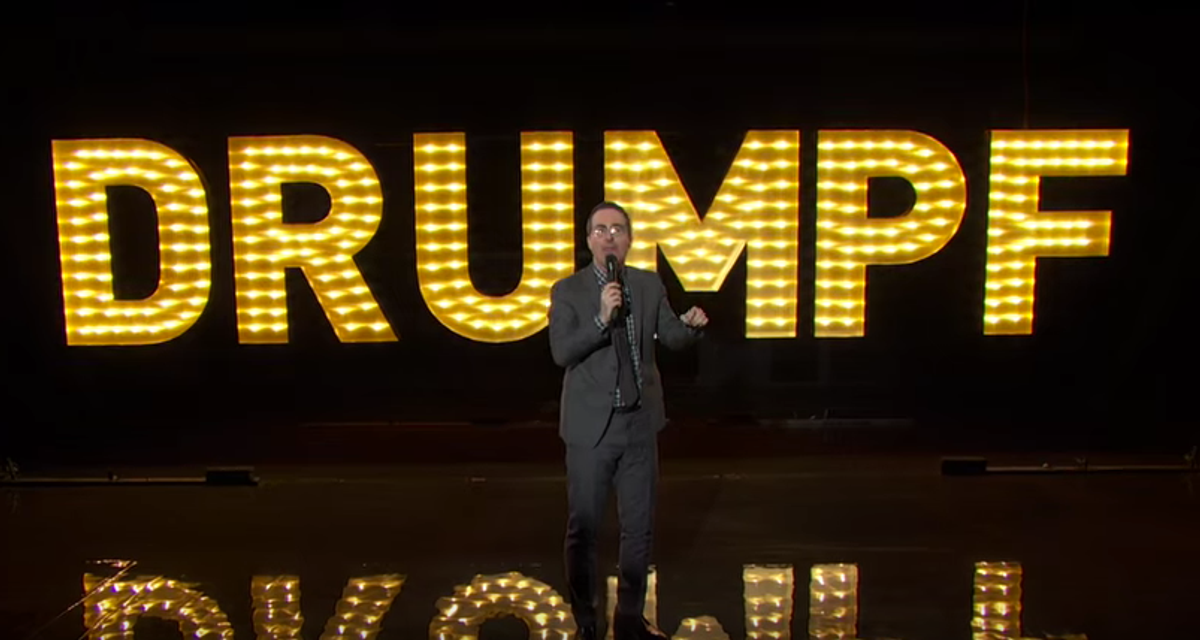 The surname of Donald Trump's family was originally "Drumpf."

On 28 February 2016, the host of Last Week Tonight with John Oliver launched into a lengthy segment about Donald Trump, which culminated with encouragement from Oliver to use Trump's ancestral surname, "Drumpf." (The relevant portion begins at around 18:40):

The "Drumpf" revelation wasn't new. We came across mentions of it in the course of research for a separate Trump family-related claim:

The name of Trump's grandfather, Friedrich Drumpf, was anglicized to Frederick Trump, but he died several years before the report.

On 2 September 2015, the New York Daily News was one of the news outlets reporting on Ancestry.com's release of multiple historical records of prominent families. Several of the documents belonged to the Trump family:

His paternal granddad — who came to America at 16 with little more than a name he later changed — lived a true rags-to-riches life, leaving his widow and three kids a modest fortune when he died, new records show.

One of those documents was Frederick Trump's naturalization form, on which his signature was rendered "Trump."

2/ So I went to @Ancestry and found the naturalization paperwork of @realDonaldTrump's grandfather, Frederick Trump pic.twitter.com/fKZuZC4v48

The Boston Globe placed the name change not at Ellis Island, but sometime during the 1600s:

Trump’s German wine-growing ancestors were named Drumpf, according to journalist Gwenda Blair’s book “The Trumps: Three Generations That Built An Empire.” The family changed the name at some point during the Thirty Years’ War. America was first introduced to the Trump brand, however, by Donald’s father, Fred C. Trump, who named his real estate company and supermarket chains “Trump” and drove a navy blue Cadillac with “FCT” license plates.

Confusing the issue, a September 2015 New York Times profile reported that Donald Trump's grandfather had used the surname "Drumpf" after immigrating to the U.S.:

[Donald Trump's] father, Fred Trump, was a developer who built tens of thousands of affordable apartments in the 1950s and 60s for the working-class residents of Brooklyn and Queens. He was known for sober management, thriftiness and humble dedication to his work. When he died in 1999, age 93, his obituary in The Times noted that he mixed his own floor-cleaning chemicals. Fred’s father was a German immigrant — Friedrich Drumpf — who was an innkeeper in the Yukon gold rush.

Speculation over when "Drumpf" became "Trump" wasn't new, either. A 19 April 2011 International Business Times article claimed it was Frederick Trump who altered the spelling:

Amidst the national uproar that Donald Trump is creating over where US President Barack Obama was born (Trump said he believes Obama was really born in Kenya, which would make him ineligible to occupy the White House), there are some interesting elements from Trump’s own ancestry.

For one thing, “Trump” is not his real name.

The Donald’s grandfather was a German immigrant named Frederick Drumpf who emigrated to the U.S. in 1885 and became a naturalized citizen in 1892.

At some point, he started calling himself “Frederick Trump,” but it is unclear if he ever changed his name officially. Some have speculated that he didn’t want to be known as “Drumpf” because of prevailing prejudice against Germans (which would heighten, of course, during World War I).

Other sources never mentioned "Drumpf" at all when tracing Trump's family tree. About.com's Genealogy page on Trump's ancestral heritage indicated Trumps lived and died in Germany. Trump himself mentioned the name change in passing in his 2004 book Trump: Think Like a Billionaire:

Trump was referencing Gwenda Blair's 2000 book The Trumps: Three Generations That Built an Empire. In it, she wrote: Later, however, Blair appeared to contradict her earlier claims about the timing of the name change in a 9 September 2015 interview with German news outlet Deutsche Welle. In answer to a question about Trump's German roots, Blair replied:

His grandfather Friedrich Drumpf came to the United States in 1885 which was the height of German immigration to the United States when he was 16. His family was from Kallstadt, winegrowers. The first step to the Donald Trump we know today is that his grandfather did not want to be a vintner, nor did he want to be a barber which is what he was trained to do when he first said he did not want to be involved in growing grapes.

It is true Trump's family surname was originally "Drumpf," but the exact timing of the name change still isn't clear. Biographer Gwenda Blair appeared to have traced the switch to "Trump" to the 1600s, but she later said that "Friedrich Drumpf" emigrated to the United States in 1885, a statement that appeared to contradict her prior writing.

At any rate, neither Trump nor his father ever bore the surname Drumpf, and whether Trump's grandfather anglicized that name at some point remains unclear.