Sometimes a domain name can represent something entirely different than what was intended. 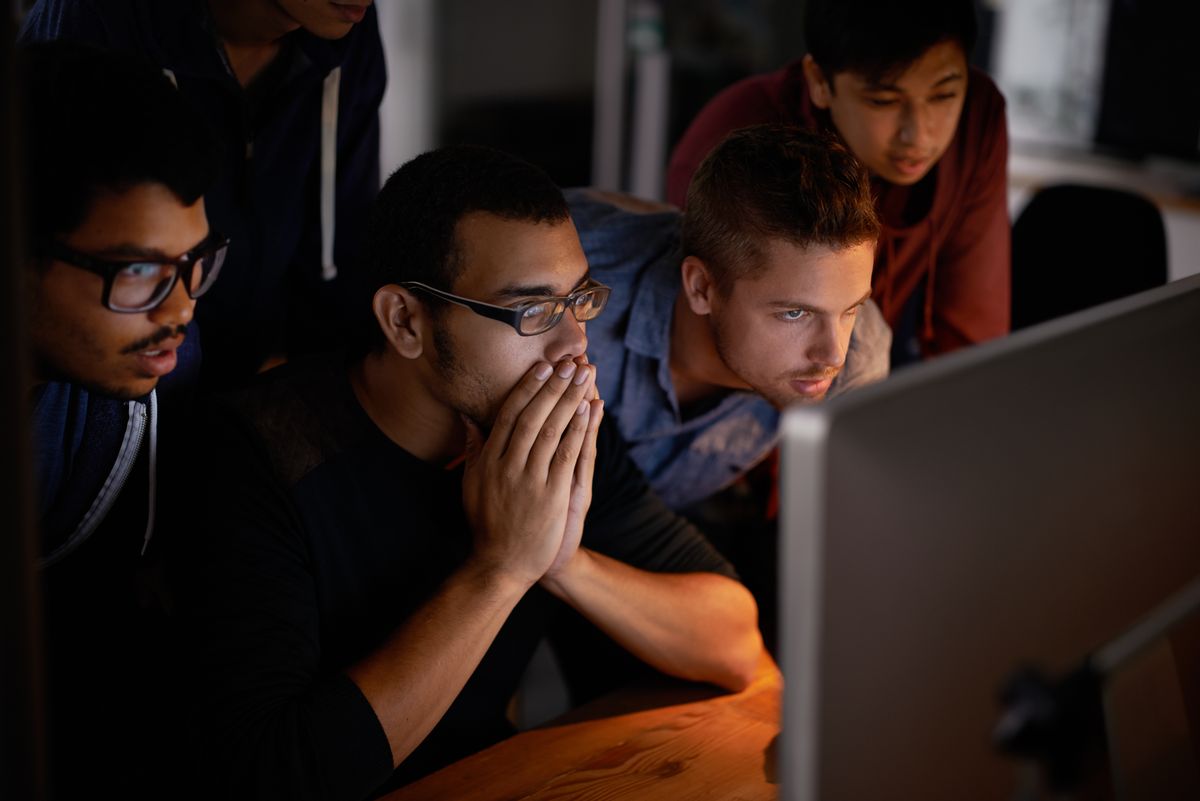 Shot of a group of young designers staring tensely at a monitor. (Getty Images/Yuri_Acurs)

In the Internet world, the domain names that guide customers to companies' web sites can sometimes be a bit confusing, as they lack spaces between words and often eschew punctuation for the sake of brevity. Domains for similarly-named companies can sometimes be mistaken for each other, and other domain names may seem to represent something entirely different than what was intended.

One example of the latter category arose in June 2003, when Powergen, the UK's leading integrated gas and electricity company, supposedly picked a rather unfortunate domain name for the web site of their Italian subsidiary, Powergen, that sounded like a shopping place for persons looking to purchase industrial-strength vibrators: powergenitalia.com. But the folks at Powergen maintained that they had nothing to do with the choice of domain name and didn't even have an Italian division. The powergenitalia.com domain hosted the unrelated web site of a real Italian company (Powergen Italia) selling specialized battery products. They have evidently since adopted the less provocative domain name of batterychargerpowergen.it.

Some other favorite examples of this phenomenon include:


In some cases, registrants appear to have deliberately selected ambiguous domain names for their double entendre qualities, as represented by Pen Island, a putative retailer of custom made pens who has staked out territory at the domain penisland.net.