Is 'A Dog Will Lick His Butt But Won't Eat A Pickle Road' Real?

Whether the statement is true or not, it's one whopping-long street name. 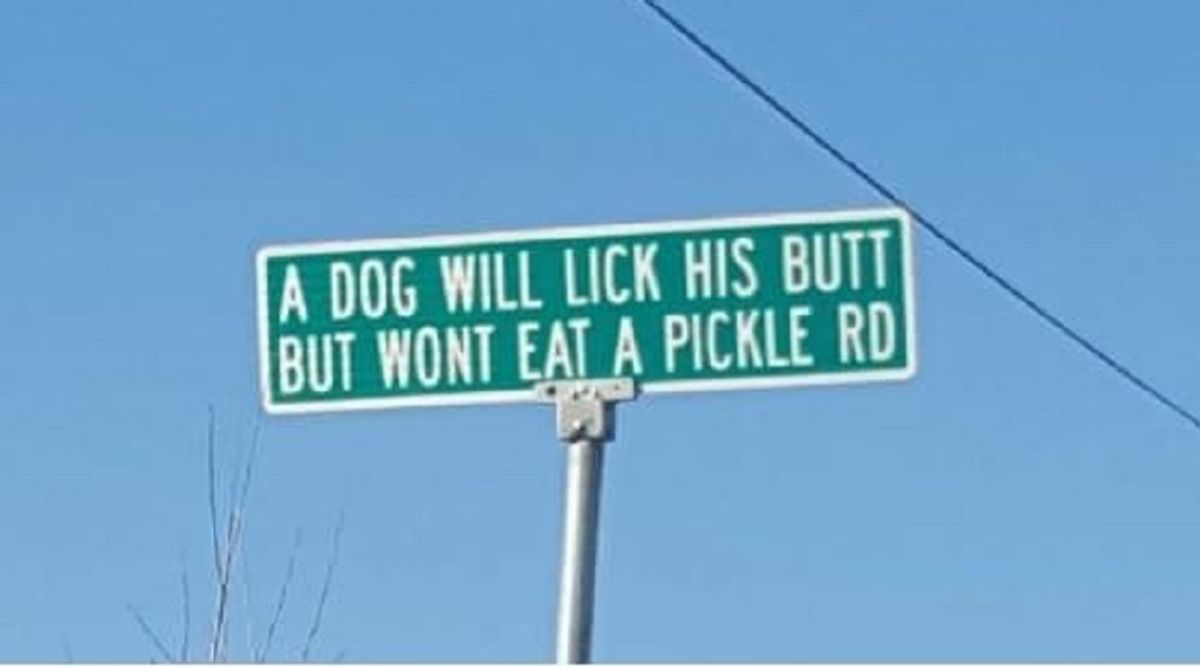 Claim:
A photograph shows a street sign marking "A Dog Will Lick His Butt But Won't Eat A Pickle Rd."
Rating:

Pictures of a sign marking "A Dog Will Lick His Butt But Won't Eat A Pickle Rd." are real.

However, the "road" is a private driveway, and its unusual name is not recognized by the city in which it exists.

When it comes to lists of "the most unusual street names in the U.S.," one entry seems to make every such list: 'A Dog Will Lick His Butt But Won't Eat A Pickle Rd.' But the unusual road name doesn't appear on maps and isn't recognized by the City of Fountain. Moreover, the "road" marked by this sign isn't so much a public street as it is a driveway leading to a private home: According to a 2015 report from Colorado Springs radio station KRDO, the sign was derisively put up to satisfy a demand by the local homeowner's association:

[Cody Driver said the sign] was put up several years ago when his parents first built their home off C and S Road. The HOA told the Drivers they needed to name their road.

“They came up with all sorts of names like ‘Hillbilly Road’ or ‘Redneck Avenue,” Driver said.

But nothing could top this.

“A dog will lick his butt but won’t eat a pickle road,” Driver said. “I mean c’mon, have you ever seen a dog eat a pickle? From what we’ve seen, they don’t eat pickles.”

It’s not a real road name that is recognized by the City of Fountain, but it sure is famous on the Internet.